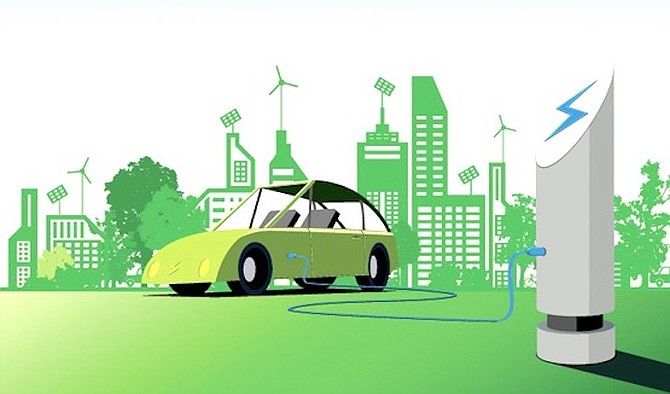 NIKOLA Tesla, born in 1856 was a Serbian- American engineer who contributed to our modern alternating current electricity supply system. He became a well-known inventor and was noted for his showmanship at public lectures and his demonstrations to celebrities and wealthy patrons.

Nowadays Tesla is a synonym for the electric-car revolution and the company’s eclectic founder, Elon Musk. Due to the tremendous popularity of his car company and what it symbolises, Musk has become one of the richest men in the world. Purely in terms of balance sheet there are larger EV-companies but none that symbolises the investment opportunities for retail investors more than Tesla. Tesla shares have seen an increase of over 700 percent YTD.

All automakers, governments and consumers are pushing the trend to go green, consume less fossil fuels, reduce their carbon footprint and create new job opportunities. Even companies that never even assembled a car, are working on plans to build the next generation of electric vehicles based on their superior software. Apple just hired a Porsche engineer and rumours have it that the Cuppertino firm could start producing cars as early as 2024.

The question arises what will happen with the established car companies? Will they follow the Nokia example and be left behind, or will they muscle up and reinvent themselves? New car companies are being watched carefully by the international investor. For example, Chinese company BYD saw their share price rise by approx. 335 percentin the first two months of this year. Just the rumour that Apple is starting to investigate the car business made the company’s share price jump by five percent in a single day.

But electric cars are not the only new hype in the mesmerising world of our beloved automobile industry. The other green energy invention worth mentioning is the Hydrogen engine which promises that the go-green engine is possible without the limitation of driving range and slow and annoying charging stops.

No politician can avoid the word Hydrogen when they talk about renewable energies and climate protection. Drivers could also still use their existing combustion engine. But the transfer to Green-energy into Hydrogen is not very efficient (approx. 80 percent of the energy gets lost) and therefore is still too expensive. More innovation is needed and is being heavily supported by government funding initiatives. In June 2020 Germany funded a seven billion Euro package to develop the Hydrogen market.

Moving into a green and electrified world comes with enormous infrastructure upgrades and switch to renewable energy sources which creates opportunities for companies already involved in energy production, equipment manufacturing and mining. But also new industries are being created. All the lithium-ion batteries which are made of cobalt, nickel and manganese must be recycled or properly disposed or repurposed. There are presently only a handful of companies that have a proper recycling solution. If not properly disposed, the old batteries can contaminate soil and water supplies which then becomes an expensive endeavour to clean up. Another new business opportunity for the forward-thinking investor.

Digitisation, increasing automation and new business models have revolutionised other industries, and automotive will be no exception. These forces are giving rise to four disruptive technology-driven trends in the automotive sector: diverse mobility, autonomous driving, electrification and connectivity. Forming strategic tech partnerships is more important than ever as technology will continue to disrupt and fuel growth in the auto sector.

As an investor it will be important to recognise the important alliances and take advantage of the new industries.