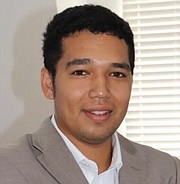 Speaking on the same day it was revealed that the Securities Commission is readying to release its crowdfunding rules (see other article on Page 1B), Mr Rahming Jr said ArawakX’s marketplace and clearing facility licence will help ensure that the promise offered by Bahamian entrepreneurs “doesn’t die on the vine” for lack of financing.

Mr Rahming Jr, who is the platform’s chief technology officer, described ArawakX’s creation as a four-five year “labour of love” that has seen his family “bet the farm” via a $2m-plus investment in a technology-based platform that aims to marry start-ups, entrepreneurs and small businesses with like-minded equity investors in a structured, regulated marketplace.

Aiming to be the first-of-its-kind to launch in The Bahamas, he added that it will also act as a clearing house and registry for the sale of equity interests in such ventures, with investors provided with a record proving their ownership.

Confirming that ArawakX will follow the Securities Commission’s new crowdfunding rules, Mr Rahming Jr said he and his colleagues had pressed ahead and obtained the “conditional licence” that was the best fit for what they plan to do.

He added that the marketplace and clearing facility, which is in the final stages of testing to “shake out the bugs”, will give Bahamian entrepreneurs and start-ups access to a much broader investor and capital pool.

While such ventures are presently limited to selling shares to a maximum of 40 investors, who are also friends and family, Mr Rahming Jr said the only limits imposed by ArawakX (and the Securities Commission rules) will be a $5m upper limit on the amount any start-up can raise.

To protect both sides, there will also be restrictions on the size of any equity stake held by one investor to protect a start-up against so-called hostile takeovers. There will also be safeguards for investors as minority owners, since they will be able to appoint board directors while the companies themselves will also have to comply with financial reporting requirements - albeit ones that are less stringent than for BISX-listed companies.

“It’s so needed,” Mr Rahming Jr said of ArawakX. “There are so many great ideas that die on the vine because people cannot get funding. We’re trying to help the entrepreneurs. They go out, hire great talent, and the country will be better off. This is a tool of growth for business people who are going out and creating value.

“Since COVID-19 especially, businesses have been repositioning themselves and restructuring. Everybody needs financing. It’s the number one problem of the day; always has and always will.”

Acknowledging that “a lot of different numbers have been thrown out there” when it comes to measuring the gap between small business and start-up financing needs, and the amount of capital available, Mr Rahming Jr added: “I think it’s closer to what the Bahamas Development Bank said, $800m a year. That’s how bad the need really is.

“We have a lot of really talented people here. They just need structure around them to monetise what they are doing. This is what our expertise is. We’ve bet the farm on it and I believe we can. You’ll see a lot more innovation as a result of this, and a lot more people staying in The Bahamas. If you can build a dream business in this country, why would you leave?

“We want companies to evolve into big companies. That’s the gap we’re filling. We want to be a nursery for companies. The demand is there, and is really, really high. There’s a whole generation of people that cannot afford $50,000 placements and are looking to find other opportunities to invest in. We’ll do a pre-launch with some of the companies, and there are some pretty sexy ones.”

Mr Rahming Jr said eight persons are currently employed by Arawak X, with that number set to increase to 20 before it launches. He added that his father, D’Arcy Rahming senior, former chief operating officer at the Bahamas International Securities Exchange (BISX), had “invested his whole future; everything he has ever earned in here. For us this is more; it’s my father’s life work”.

Crowdfunding involves financing a project or business venture by raising small amounts of money from a large number of people, typically via an Internet-based electronic platform such as ArawakX. It pools money from friends, family and investors.

Bahamian entrepreneurs and small and medium-sized enterprises are especially familiar with this, as it is typically the mechanism they have employed to raise start-up and expansion capital. Crowdfunders take equity stakes in the businesses they finance, appointing directors to the Board to safeguard their interests, rather than offering debt financing.

Besides crowdfunders earning a higher return on their investment, via dividends and share price appreciation if the business prospers, this financing method also enables start-ups and entrepreneurs to avoid having to take on a heavy debt financing burden than can often cause their idea to fail.

Mr Rahming Jr said ArawakX had suspended the education campaign it launched in 2019 after becoming overwhelmed by the level of interest. He added that, to-date, more than 254 companies and 469 investors have expressed written interest in equity crowdfunding to it.

He added that the platform’s launch, and structured market and rules it offers, will bring “more professionalism” to the start-up and entrepreneur market. Mr Rahming Jr described the initial financing round as “just getting them over the hump”, with the expectation being that successful ventures will come back for more financing rounds that will make them “10 times’ bigger”.

“We are in contact with our regulators who are being very thorough. A marketplace and clearing facility license is one of the most difficult licenses to get. This has been a labour of love; a very expensive and lengthy process,” said Mr Rahming Jr in a statement.

“We know that thousands of people will be impacted positively by our ArawakX platform. We have full operational capabilities with world-class technology providers and world class Bahamians running it. I’m so happy that we as a jurisdiction are taking the Fintech revolution by storm.

“In the past, young, talented Bahamians, like myself, would have had to leave The Bahamas for places like New York, Chicago, London or San Francisco to do anything innovative. Our initial hires are all Bahamians. We expect to hire over 200 more Bahamians,” he added.

“If our listed companies meet their funding targets, thousands of new high paying jobs will be created by those companies. Although we anticipate in later phases we will be expanding in the Caribbean, in this first phase we intend to find Bahamian companies capital up to $5m. Also, we will be providing Bahamian investors with opportunities to participate, starting as low as $25.”

Good. there's too much political peddling in govt contract awards and the existing mechanisms for funding. No matter how much lip service they give transparency. With independent funding sources hopefully good ideas will outweigh whether someone voted FNM or PLP.

Yes, I will be knocking on the young Comrade D’Arcy Junior's technology door for launch my GoCrowdFundTal's Weed Inspired Brownies"

We really need updated Lien laws and a credit rating structure to go hand in hand. Money in business does not go from customer to your hand, it pays vendors, taxes, salaries (overheads) with the owner pretty much last. Overcome that publicly held fallacy first and foremost.

I think it depends on the nature of the funding. I've seen the sharks ( at times) very concerned about how the entrepreneur will eat. IF they like the idea they want to ensure that the owner is spending 100% of their time on it and not concerned with working elsewhere for food and lodging. one of the biggest mistakes an entrepreneur can make is to take subsistance funding. You then have a great idea but not enough to see it succeed and to eat you have to work for someone else which means the business is also starved of your time. Also means the investors will eventually grab your good idea and give it the funding it needs after they boot you out.

Hope fully their new ArawakX equity crowdfunding platform would be given the license and is capable to accommodating cryptocurrency investments in all of the top currencies including Bitcoin. .

I have issues with crypyocurrency talk. I have yet to hear anyone propose anything useful for it that can't be achieved at much cheaper costs with existing methods. It's basically a hot item because someone said it's a hot item. It reminds me of the dotcom craze in the 90's

@Comrade Reality, being investing is risky at its best, if okay you, I'll take a pass on accommodating my earned profits be paid out in cryptocurrency and bitcoin.
I'll take another pass on them other currencies, the US dollar, does work just fine, my risk tolerances.

The currencies like the US dollar that we ae all comfortable with using today, will be ancient products to our grand children in the future. Cryptocurrency are the wave of the future. Just as the cave men once used and stones for money. Demand will cause the rise of e money like Bitcoin.Its has started already. Just look at the terms being use already like E-wallets and they are not talking about wallets in your back pockets but the wallets in the phones we all carry around in our hands.

I also believe in the future there will be some form of money exchange that will be rooted in biotechnology. Why? My bible tells me you wont be able to buy a loaf of bread unless you have a mark in your hand. The mark could be a cellphone... who knows. Paul isnt here to tell us exactly what the mark looked like.

That said, it doesn't mean that bitcoin is the "thing". It could be Sand Dollar "like". And Sand Dollar and Bitcoin are two completely different things.

If you can, watch the episode of American Greed on TelexFree an MLM built around some internet phone technology. Those people were making beaucoup dollars. The clients who "invested" had online accounts reporting thousands in "credits". According to Wikipedia the company had over 1million subscribers. When the company was investigated for fraud and assets frozen the customers found the "credits" were never real dollars

In April 2014, Telexfree's US business unraveled amid accusations by the US government and regulators in Massachusetts that the company was a massive pyramid scheme. Telexfree's US assets were frozen on April 16, and it declared bankruptcy two days later. Co-owner James Merrill was arrested, and Carlos Wanzeler fled to his native Brazil on a donkey. Carlos Wanzeler's wife Katia Wanzeler was arrested in the airport in New York while trying to board a plane heading to Brazil. Authorities said the company claimed to provide Internet telephone services, but actually made money only from the fees paid by investors, who were told they would be paid for approving ads that would allegedly appear on the Internet"

yeah so much money was glowing in the customers would be duffel bags of cash to exchange centres. All of the money was fees collected from people joining the network. They had online accounts to check their valuations just like this bitcoin thing.

Here we go again. Throw out a bunch of techie buzzwords, add a couple hundred million in projected income, sprinkle a couple handful of jobs and soon we will have the ideal breeding ground for another wonderful project aimed only at making rich people richer and poor people poorer. Too cynical? Yeah, maybe, but we learn.