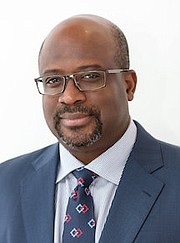 Bahamas First’s top executive yesterday said the general insurer has no plans for “a large, full blown rate increase across the board” in 2021 after more than a year of post-Dorian hikes.

Patrick Ward, the BISX-listed property and casualty underwriter’s president and chief executive, told Tribune Business that will specific risks might attract a premium increase this year it was not implementing a widespread hike across its entire portfolio following the rises of the past 18 months.

“We introduced a series of rate increases on our property business since Dorian,” he explained. “We believe we have accomplished a significant amount of the increases we were looking at. There may be some individual actions taken on certain risks, but I don’t anticipate a large, full-blown rate increase across the board.

“There will be individual risks that attract increases, but that’s because of underwriting considerations. Starting at the back end of 2019, and going into 2020, there were some locations that had increases. But we’re not trying to achieve a significant increase in rates, a full blown increase in rates, this year.”

Mr Ward spoke after Bahamas First unveiled its financial results for the 2020 full-year and fourth quarter. The property and casualty insurer enjoyed a positive $7.681m bottom line swing due to the absence of any major hurricanes last year, with 2019 comparatives hammered by the claims payouts sparked by the devastation Dorian inflicted on Grand Bahama and Abaco.

Bahamas First transformed a $2.376m net loss for 2019 into a $5.306m profit for the 12 months to end-December 2020, as it shrugged off a $2.881m net loss on the value of its investments portfolio due to share price declines stemming from COVID-19’s economic impact.

However, 2020’s final quarter dented Bahamas First’s full-year performance as the insurer recorded a net loss for that period of $1.536m. Alison Treco, the company’s chair, told shareholders: “Ongoing retention of business will be a challenge, and during the fourth there was a decrease in gross written premiums of 5 percent over the same quarter of the prior year.

“Whilst our claims’ experience for the first three quarters of the year was trending positively, during the fourth quarter we experienced a 47 percent increase in overall claims compared to prior period. This was due to several fire claims in The Bahamas and an increase in health claims in Cayman.

“We noted an uptick in the use of general health services after restrictions were lifted in Cayman, due to the positive response to the pandemic. As a result, our net underwriting income for the quarter was down by 13 percent,” Ms Treco added.

“The fourth quarter saw a further decline in the unrealised loss on investment of $0.5m compared to a gain of $1.6m in the prior year, accounting for a swing in quarter on quarter of $2.1m. The prior quarter’s loss was partially offset by an increase in other income of $1.2m due to a loss on building revaluation recognised in 2019.”

Mr Ward told Tribune Business that the fourth quarter claims experience and loss was “nothing out of the ordinary” in terms of its extent when measured on a full-year basis, but was unusual “in the sense that it occurred in one quarter”.

He added that Ms Treco’s comments on business retention were “a reflection of where we’re at economically”, with COVID-19’s economic devastation for businesses and workers impacting their ability to afford homeowners and auto insurance.

However, he added that the economic outlook was “more promising than it was” based on what Bahamas First had seen during early 2021. “I think that right now there is a more optimistic outlook than would be the case if things had not started opening up,” Mr Ward said.

“To what extent two months represents a trend is open to question. We won’t necessarily take the first two months of the year as a continuing trend, but so far the outlook is more promising than it could have been.”

Ms Treco told shareholders of 2020’s performance: “We managed to maintain relatively stable gross written premiums for the year in spite of the current economic environment. The markets in Abaco and Grand Bahama are slowly recovering following Hurricane Dorian, and The Bahamas’ operations have benefitted from premiums generated from engineering activity in the rebuilding process.

“As expected, there was a significant increase in net underwriting income from $21m in 2019 to $33m in 2020 due to the absence of a catastrophe in 2020. Investment income negatively impacted results due to an unrealised loss of $2.9m recorded for the year, which was offset to some extent by an increase of $1m in other income.

“Expenses increased marginally by 2 percent. During the year the group implemented a new software that is designed to bring it to a new level of online interaction with its customers, brokers and agents. As expected, we incurred additional costs related to this implementation. We also incurred costs related to COVID-19, as we continue to implement best practices to keep our staff and customers safe.”