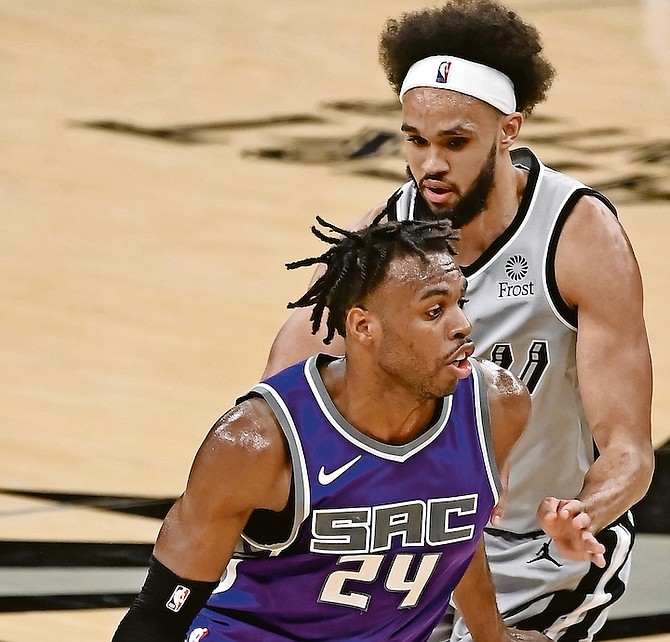 Richaun Holmes had 23 points and 12 rebounds for Sacramento, which has won seven of eight. The Kings starters combined to score 96 points, with each scoring at least 14 points and playing 30-plus minutes.

Spurs point guard Dejounte Murray scored 23 points, but only had two points in the second half on four attempts. Derrick White added 19 points.

The teams play again Wednesday in the finale of a two-game set in San Antonio. The Spurs are 1-4 to open a nine-game homestand, which concludes Monday against the Cleveland Cavaliers.

The Kings are averaging 120 points during their winning streak, outscoring their opponents by 11 points per game. They extended their streak after a sluggish start.

San Antonio centre Jakob Poeltl had 11 of his 17 points in the first quarter, scoring on a layup, a pair of tip-ins and a dunk against the smaller Sacramento lineup. The Kings flipped the advantage, using their quickness and 3-point shooting to outscore the Spurs 41-29 in the second quarter and stretched their lead to 19 points in the third. Sacramento finished 18 for 36 on 3-pointers with Hield shooting 5 for 9.

The Spurs have fallen behind by double digits in four of their five games during this homestand.

Fox, the reigning Western Conference player of the week, was 9 for 18 from the field.

Kings: C Hassan Whiteside missed his third straight game with a sore right knee. … Former Spurs centre Chimezie Metu had five points in 13 minutes. The Kings are 22-69 in San Antonio in franchise history and 17-52 since relocating from Kansas City to Sacramento.

Spurs: DeMar DeRozan surpassed Chris Webber and Chris Bosh for 94th in career scoring with his 17,190 points. Murray’s 21 points in the first half marked the first time he has scored 20 points in a half.

After completing their nine-game homestand, the Spurs will have only seven home games remaining in their final 24 games of the regular season.