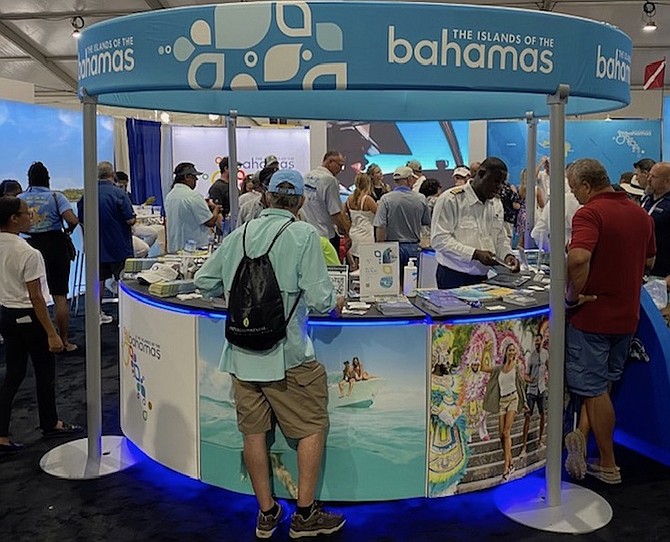 The Bahamas is on course to enjoy “one of its best years for yachting and boating in a very long time” in 2022,  the Association of Bahamas Marinas (ABM) vice-president predicted yesterday.

Joe Dargavage told Tribune Business he had been encourage to “go out on a limb” by the reception that The Bahamas and its tourism/marina industry had received from attendees at last week’s Fort Lauderdale International Boat Show.

The Romora Bay managing partner, emphasising that he was only able to speak for his Harbour Island-based resort and Briland generally, said marina bookings and reservations for winter 2021 and the 2022 first quarter were “starting to look closer to the reservations we had back in 2019. They’re looking very, very positive”.

Mr Dargavage added that he was “extremely encouraged” by Chester Cooper, deputy prime minister and minister of tourism, investments and aviation, last week telling the Exuma Business Outlook that the Government planned to target the boating and yachting market for additional business.

“There is great potential in the cruise and charter market,” the deputy prime minister told last week’s Exuma Business Outlook conference. “We are going to grow that business..... We’re going to expand this because it’s good business and been recession-proof. Even during the pandemic we were still able to attract many yachts and boats to The Bahamas.

“This is a good target market for us. It’s a high-end market and I’d like to build-out Exuma as the yachting capital of the hemisphere. I hope we will tap this market more deeply, and get more benefits from this industry. I only think we’re touching the tip of the iceberg.”

“We know after speaking to him at the Boat Show that he is very engaged and very open to listen to ideas we have, as well as sharing his personal opinions,” the ABM vice-president said. He added that Mr Cooper’s Family Island background, as well as that of Clay Sweeting, minister of agriculture, marine resources and Family Island development, would benefit the sector.

While the focus has always been on New Providence, Harbour Island and Exuma, Mr Dargavage said The Bahamas needed to pursue yachting/boating growth opportunities on less publicised islands such as Long Island and Cat Island.

Besides Mr Cooper and Mr Sweeting, the Ministry of Tourism’s parliamentary secretary, John Pinder, was also present in Fort Lauderdale along with ministry officials. Meetings were held with then likes of the International Yacht Brokers Association; US Super Yacht Association; and United Islands & Yachts.