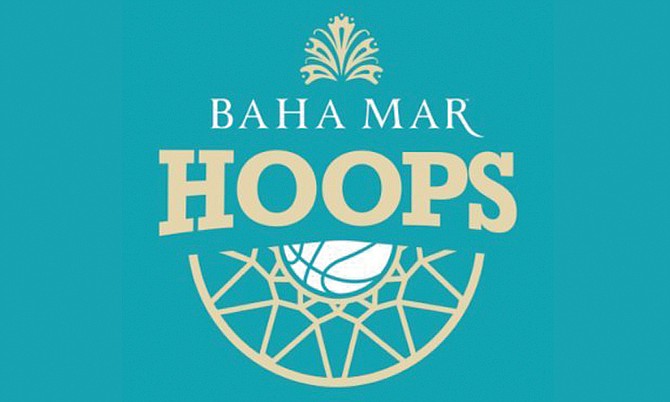 With college basketball now underway in the United States, Baha Mar will be adding to the excitement with the hosting of the largest group of teams for the “Baha Mar Hoops” later this month.

Baha Mar released the line-up of the 19 NCAA men’s and women’s teams in the event scheduled for November 22-27 at the Baha Mar Convention Centre.

With the playoffs and championship games being carried live on CBS, Jeff Rodgers, who heads the local organising crew, noted that it will only increase the appetite for the viewing fans who are eager to watch their favourite teams either in person or on television.

Baha Mar Hoops is being managed by veteran Bahamas promoter bdG Sports. The firm also currently manages two Korn Ferry Tour professional golf events in the country each January. bdG partnered with Tourism to create the Bahamas Great Exuma Classic and Bahamas Great Abaco Classic in 2017 and both events return at the start of next year’s Korn Ferry Tour schedule in January.

“The collaboration between Baha Mar, the Bahamas Ministry of Tourism and bdG Sports has been more than two years in the works and we are excited to see it all come to life this November,” said bdG Sports president Brooks Downing.

The teams have been officially welcomed to the Bahamas for the tournament by Davis. “We are thrilled to welcome the men’s and women’s NCAA teams for the first-ever Baha Mar Hoops event,” he said. “At the heart of the resort destination is our determination to inspire the youth from around the world. “We have designed Baha Mar facilities and offerings with the intention of hosting events such as Baha Mar Hoops and look forward to watching these impressive collegiate athletes play basketball in the beautiful Bahamas.”

A total of 23 games will be played across three events during the United States’ Thanksgiving week. According to Rodgers, the action will begin on Monday, November 22 with the eight teams playing in the “Baha Mar Hoops Nassau Championship.”

Those teams in the “Nassau Championships” will be led by Abilene Christian, which won the Southland Conference title last season and upset No.3- seed Texas in the NCAA Tournament First Round.

The opening round pairings for the Nassau Championship are as follows:

Consolation games will be played Tuesday, November 23 at 12pm/2:30pm, followed by the semifinals at 5:30pm/8pm.

Wednesday’s championship game will be 8pm.ET.

All 12 games of the Nassau Championship will be broadcast on FloHoops.

Following that, the “Baha Mar Hoops Bahamas Championships” will get underway with four of the top programmes in college, including the top-25 Maryland Terps, coached by Mark Turgeon.

The Terrapins will face one of the nation’s most experienced teams in Richmond which returns all of last year’s rosters without one starter and will feature four returning “super seniors.”

The Spiders were one of the “last teams out” of last season’s NCAA Tournament despite having wins over Kentucky, Vanderbilt and Loyola-Chicago.

Not to be taken lightly are the Louisville Cardinals, coached by Chris Mack. The Cardinals return three starters but add seven newcomers including top-100 recruits Mike James and Roosevelt Wheeler, as well as Sydney Curry, a one-time Kansas commit before going the junior college route.

At the same time as the Bahamas Championship, the women’s college basketball’s top teams will be competing in the “Baha Mar Hoops Pink Flamingo Championship,” set to start on Thursday, November 25.

The majority of the teams will play two games each on Thursday/Saturday but defending NCAA champ Stanford will play three straight days, Thursday- Saturday. All seven games of the Pink Flamingo Championship will be broadcast on FloHoops.

The slate of games in the Pink Flamingo Championship will likely feature multiple top-10 clashes with Stanford, Maryland, NC State and Indiana all being projected to be elite programmes next season.

A Final Four-worthy doubleheader tips off the action with NC State facing Maryland and Indiana battling Stanford in the first two games of women’s action on Thursday.

On Saturday, Stanford plays Maryland which could be a preview of the 2022 NCAA Championship game as the two programmes are the highest rated teams in the field and in the top-five nationally.

“In most early-season events, you are lucky if you see one top-10 match-up; we may have three such games in Nassau,” said women’s tournament director and ESPN analyst Debbie Antonelli.

“In all my years in the game, I don’t know if I have ever seen so many quality teams in one field.

“Every game will have an NCAA Tournament level of play and several of these games will be on par with the Final Four. Fans are in for a treat with not only Baha Mar but the play on the court.”

Those schedule of games are as follows:

Rodgers is advising the Bahamian public to get their tickets, which are now on sale at Grand Hyatt Baha Mar or by visiting www.bahamarhoops.com