INSIGHT: An end to curfews but will call for discipline go unheard? 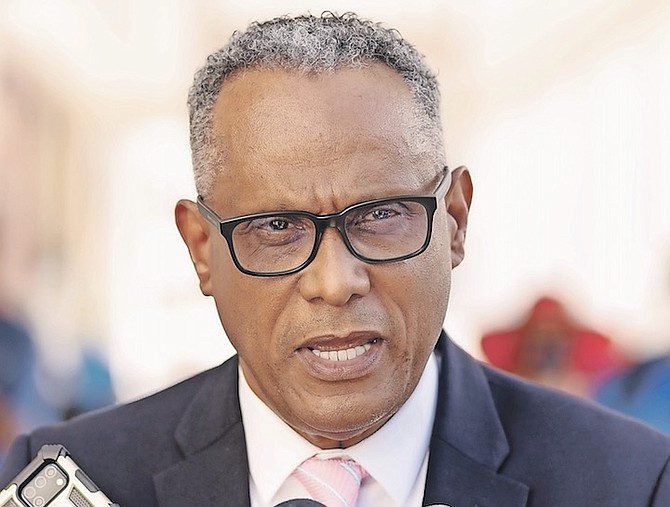 AFTER a year and a half of curfews, The Bahamas got back to a world where everyone didn’t have to get home by midnight. No more COVID Cinderellas, where instead of your car turning into a pumpkin after the clock struck 12, it turned into a fine or a court appearance instead.

“It has a place because when you have a curfew you actually can limit the movement of an individual at a particular time. What we’re saying is that we’re expecting Bahamians to be disciplined. We need to move forward.”

In February this year, The Tribune visited Cabbage Beach Bar and Grill on Paradise Island after being alerted over large crowds there.

There were 85 cars strewn along both sides of the road approaching the bar and nearby corners, including a car with a red government plate on it.

No COVID test was required for entrance, and hardly a mask was in sight – although one senior corporation chairman was there, along with a well-known former Bahamasair pilot.

When police arrived, the reporter for The Tribune witnessed them chatting to management while drinking something from Styrofoam cups that had been given to them.

This was far from the only event to raise concerns through the time of curfews and COVID restrictions.

There was the wedding in Harbour Island where pictures and video went viral with no sign of social distancing protocols going on, and another wedding that featured more than the ten people allowed in Nassau, including a son of a top government official.

If this is the discipline we are depending on, we might have a challenge ahead.

Already, this weekend, there have been pictures online of people going out and gathering at events – some masked, some not.

The good news is COVID numbers have been dropping. On Wednesday, 14 new cases were recorded and on Thursday, six cases. We would of course like to see that drop further still, but we welcome the drop from the previous surge.

Perhaps more importantly, the number of people in hospital has also dropped, with 46 in hospital as of Thursday, and eight of those in intensive care.

Even better, the number of Bahamians who have been vaccinated continues to increase, with a goal of vaccinating half the nation by the end of the year. That may sound hopeful – but across the Caribbean 48 percent have been vaccinated, so we’re actually a little behind some of our neighbours.

That said, we are in a much better position than we were, of that there is no doubt. But we must be cautious and understand the pandemic is far from over. Indeed, earlier this month, former Health Minister Dr Duane Sands spoke on the matter, saying: “Let’s be grateful we don’t have 150 people hospitalised from COVID, that our emergency rooms are not over-run, but do not translate that into suggesting COVID is gone.

“Let’s hope and pray that we don’t see a fourth, but unless there has been some dramatic change in the biology of this virus I think we are probably going to see another wave.”

Dr Darville, though, is confident, it seems. He said: “It is obvious that Bahamians are executing the necessary public health protocols and I feel confident that with the grace of God we’ll continue to this trajectory.”

On the other hand, he says: “My job is to find additional resources and bed space.

“I’m looking at that. Unfortunately, brick and mortar, that takes a while. So that’s not a short-term thing for me. I have to find access to additional field hospitals or the possibility for us to be able to do something very quickly as other countries in the Caribbean have done and so I’m looking.”

In other words, he’s hoping for the best but preparing for the worst.

Some of the restrictions we have been living under have been lifted, but with that freedom, we have to consider our responsibility to our fellow Bahamians. Just because we can doesn’t mean we should.

Last week, it was reported vaccination rates are slowing down, and there have been moves to go into community locations to try to encourage people to get vaccinated without having to travel a distance to one of the larger sites.

But a lot of this is going to come down to our actions.

With so much reluctance from some to get their vaccination, and too many occasions when we have seen little respect for such discipline, it’s hard to believe we’re not setting ourselves up for a new wave of cases.

The proof of this new strategy will be seen in the case numbers in the weeks ahead.

It’s a gamble we all should hope works out – for the good of everyone.

IS THERE GOING TO BE JUNKANOO THIS YEAR?

ONE OF THE MOST SIGNIFICANT THINGS ANTHONY FAUCI SAID during his short appearance on a local radio stations is that with it without vaccines, Covid-19 will eventually disappear, just like the Spanish flu did in 1918. He went on to say the Spanish flu disappeared as a pandemic and became a seasonal flu after killing millions of people. And since they didn’t have vaccines back then, the most effective tools of defense was WEARING OF MASKS, SOCIAL DISTANCING, AVOIDING OF LARGE CROWDS and REGULAR HAND WASHING and SANITIZING. But since the vaccines came about, many countries seem to abandon some, if not all of the original protocols and worship the vaccines as lord and savior. This spelled trouble for many countries, including The Bahamas, at one point or the other as the vaccines alone did not do what they were expected to do. An even now as a FOURTH WAVE rages over RUSSIA, EUROPE and parts of the UNITED STATES, it appears to have started amongst highly vaccinated populations and penetrated persons who had taken third ‘booster’ shots. And this should be no surprise as experts, some who were linked to top vaccines manufacturers warned early this year that the vaccines were being misused and could lead to a stronger virus and even a super bug that was resistant to vaccines. The experts stated that it was wrong to try vaccinate everyone. And it was even more wrong to vaccinate persons who had recovered from the virus as they now had natural immunity. And the natural immunity was not only stronger than that offered by the vaccines, but it was also able to adapt to new strains and mutations of the virus. But this advice was ignored, even here as the first things patients who recover from the virus are advised to do is to go get vaccinated. So all the pain and suffering and even near death experiences from battling the virus and beating the odds was for naught. And the vaccinations ‘overdrive’ continues in the US, especially where children as young as five are being urged to get vaccinated, though the mortality rate in this group is very, very low. And Bahamians love to party and to mix and mingle. The effects of this behavior was obvious during the elections and campaigning when new cases of Covid and corresponding deaths surged. Now there is no curfew and hardly anyone in authority to tell you to wear a mask, wash and sanitize your hands. And many Bahamians believe that if they are vaccinated, they are super human, invincible even. Hopefully common sense and decency will prevail even if the fourth wave does not pass over this country.

Yall is really like dem mask eh? Halloween year round. If only the slave masters in the 1500s had known. Pick a bale of cotton? Get a free mask. Muddo.

John prior to 2020 there is no advocacy for mask wearing in community setting and zero to inclusive evidence that it makes any difference in controlling spread of a airborne pathogen. The same can essentially be said for all of the other protocols you've mentioned save the avoidance of large crowds. Social distancing cannot impact infection rates when the virus floats in air beyond the arbitrary 6 foot guide line. Washing of hands and sanitation of surfaces makes little difference when infection takes place with inhalation of viral loads. Vaccination was hoped to have a sterilising affect, it was meant to last longer than 6 months, it wasn't meant to cause heart issues in young persons, but most importantly it was meant to bring about the end of the pandemic and in that it's failure is complete. Politicians and medical professional will cling to their delusions for as long as possible because without those delusion they must admit they were wrong...almost to a criminal extent.

There is zero evidence that covering our mouths & noses when we sneeze or cough, stops our germs from becoming airborne and spreading. I guess you're one of those that just sneezes and coughs in other peoples faces, right ?

Oh bobby and I guess you'd be one of those people think the air you breath out magically disappears...lol hilarious...

My opinion is Davis should have kept the 12 o’clock curfew in place until after the Christmas holidays. Some countries in Europe are finding themselves having to go back into lockdowns and increasing curfews and enforcing other protocols because of the intensity of the fourth wave.

I agree with John besides I also think PM Davis should've kept the 12 o' clock curfew in place until New Years Day.

Forget the pandemic. What's much more important is getting an answer to the following question:

Where did the nearly $3,000,000,000 ($3 billion dollars) go that the last Minnis led FNM government borrow in addition to the many millions of dollars that was collected from Bahamian taxpayers in form of VAT, customs duties, stamp taxes, excise taxes and many other taxes and fees?

The level of government corruption has now reached the point where the Bahamian people should be sending a loud and clear message to the IMF, World Bank, IDB and international lenders generally that we will not consider ourselves and our nation responsible for their irresponsible lending practices.

These lenders are literally and knowingly feeding the corruption of known corrupt government officials with their grossly irresponsible lending practices and expect the Bahamian people to be on the hook for repayment of their loans. It's simply wrong and injust by every definition!

COVID does not do a lot of the things they would have you believe it does.

In the USA, suing the company that forced employees to vaccinate should health damages occur is gaining swing as the Vax chemical creators have legally disavowed any and all responsibility now or till eternity.

I see the crazies has ran all the other folks as Carlton posts something they either didn't read or are willingly being misleading under evert gosh darn post about covid down to weather reports.