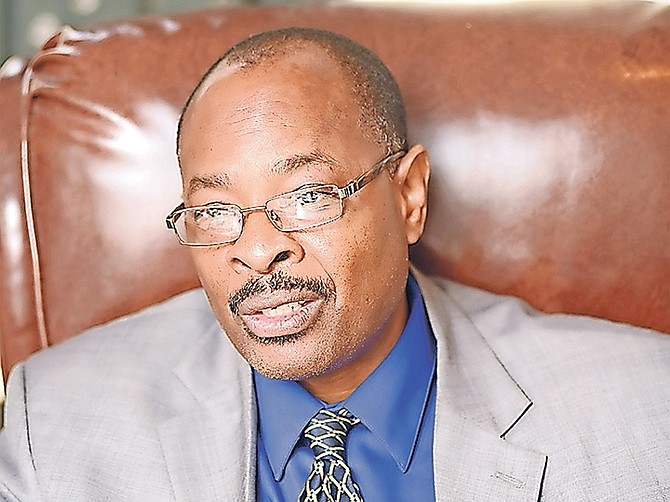 A CONTRACT awarded without Cabinet approval is among the problems Auditor General Terrance Bastian uncovered when he audited the National Sports Authority for the period between July 1, 2018 to January 2021.

He also found instances where cheques to contractors were collected by a senior official of the Ministry of Youth, Sports & Culture.

The Office of the Auditor General’s report, tabled in Parliament yesterday, found poor maintenance practices at the agency, inadequate inventory controls and boards that were not able to carry out the functions of the authority, among other things.

“We were concerned about the following,” the report said. “(A) The micromanagement of the operational affairs of NSA. Section 8 of the Sports Authority Act, 2011 indicates that ‘the minister may give to the authority directions of a general or of a specific nature as to the policy to be followed by the authority in the performance of its functions as appear to the minister to be requisite in the public interest.’ However, documents obtained suggest that circumvention of controls may have occurred.

“(B) The awarding of a contract without Cabinet approval along with the receipt of items by NSA before payment was effected.”

In its conclusion, the OAG said: “Having examined the accounting system, we conclude that there were many failures of executive management in breach of the Financial Administration and Audit Act 2010, Financial Regulations 1975 and the Sports Authority Act 2011. We have noted our observations in the report and concluded that besides several control functions in need of overhaul the accounts are being fairly maintained.”

The Tribune reported that when ministry officials and the board of the NSA became concerned that established processes and procedures were not being followed, they took their concerns to Dr Minnis. The Auditor General was in the midst of auditing the NSA––which manages and develops sporting facilities––at the time.

During the audit, officials reviewed eight contracts to ensure they were properly negotiated, executed and performed in accordance with the law. For some of the agreements—those worth $45,600, $22,600, $48,303, $168,000 and $49,700—the auditor found the contracts were generated through the Ministry of Youth, Sports and Culture, with paperwork subsequently forwarded to the NSA to make the payments.

In three of those cases, cheques were paid “in individual names rather than the company and collected by a senior official of the MOYSC.”

In at least one case, a procurement exercise was not done and the NSA’s management team and board were not involved in the selection of the vendor.

The Auditor General also found the NSA has a high number of accounts receivable, with up to $1,056,328.95 owed to the body during the period covered.

“The NSA, although funded by the government, must place more emphasis on cash management and position itself to be able to ensure that payments are immediately received for all services,” the report said.

And PM Minnis at the time made sure the lid was kept on it with the help of Auditor General Bastian. It seems with Minnis no longer PM, Bastian is only all too willing to sing for his supper.

Not sure if thats a correct characterization of Mr Bastian. He has done his job consistently, Dr Minnis decided that details of audit reports could not be discussed unless they were tabled in Parliament. So he just never allowed anything to be tabled. Govt in the sunshine

This report was tabled. We'll see if they continue to table when the reports reflect their practices. I hope they do and I hope the reports are all nothing to see

The PLP reports the FNM and the FNM reports the PLP. No one reports themselves. As for the POLICE!. What about the police, what does it do? NOTHING!!!! This world makes no sense, it is a clown's heaven. So, DO not take it seriously.

And yet nothing will happen. I feel sorry for the auditor General, for years and on both parties he has reported wrongdoings, and yet nothing happens.

Probably just the tip of the iceberg.

That's the understatement of the day!

Youselves must keep in your mind that it's the two main political parties that equally share responsible for assuring nothing ever comes of a audit by restricting The Colony's Auditor (AG) General from proceeding beyond a courtesy review of a public officer's conduct which affects the AG's ability to forward on for a civil or criminal review and everything else like this and that cause a "audit" ― Only does means any examination of records, reports, activities or operations were conducted in accordance with generally accepted auditing standards ― No matter as to the obvious but not if youse arse's conduct, was/is carried-out with criminal intent.** ― Yes?

Government should not be into sports, airlines, banks, cable, phone, hotels etc!!!