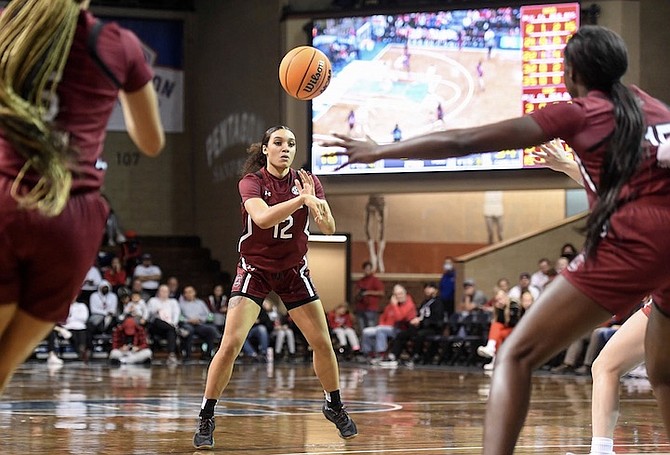 Several of the elite NCAA Division I women’s basketball programmes are due in the capital this week for one of the most anticipated early season tournaments on the college basketball schedule.

The tournament features a 12-team field that includes several past national champions.

Staley was named the Naismith, United States Basketball Writers Association, Associated Press, and Women’s Basketball Coaches Association Coach of the Year in 2020. She led the Gamecocks to a Final Four last season and said she considers being a part of this field an honour.

“It’s an honour to be part of the inaugural women’s Battle 4 Atlantis, and we’re extremely excited to get to The Bahamas to take part in this event,” she said. “The long history of a well-run men’s tournament means we are confident we will have everything we need to prepare to face a challenging field and it’s a chance for our team to have an amazing experience off the court as well.”

Auriemma, the Hall of Fame coach who has led the Huskies to 11 National Championships, said: “We’re excited to participate in the first-ever women’s Battle 4 Atlantis. There’s a lot of great teams in this tournament, and fans are going to see a lot of great basketball. It’s a really good test for our players early in the season in a really great location.”

Oregon is ranked No.10 and head coach Kelly Graves said his team sees it as an opportunity to rise the ranks in a great location.

“We’re thrilled to be able to compete with other elite programmes in what is the most competitive tournament in the country. There’s nothing better than having your team tested early in the season against three strong opponents in a place as beautiful as The Bahamas,” he said.

The South Florida Bulls are at No.21 in the rankings.

Head coach Jose Fernandez said he and his team are happy to be a part of the tournament.

“I think this is an incredible opportunity for all eight teams to experience The Bahamas and play in such a high calibre basketball tournament.

“When you talk about the student-athlete experience, this is something our players will always remember,” he stated.

The men’s tournament, presented by Bad Boy Mowers, will move into its 10th edition.

The field for the men’s tournament will be hosted November 24-26 and will feature several returning programmes.