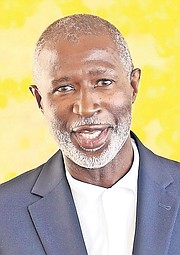 John Gomez, speaking as the mobile operator celebrated the fifth anniversary of its launch, told Tribune Business he “cannot belabour enough that the customer experience is key in winning this battle” for mobile market share dominance” with the Bahamas Telecommunications Company (BTC).

Asserting that it was “absolutely phenomenal” for Aliv to have gained 48 percent market share in just five years since its November 2016 launch, he added that much of “the low hanging fruit” had been plucked during that period and the operator now needed to differentiate itself for organic growth and an attritional fight to win more subscribers.

His remarks came as he revealed that Aliv’s service revenues, generated from subscriber use of their mobile devices, had increased by 16.3 percent over a five-month period, jumping from $4.3m in May 2021 to “just over” $5m come October this year.

“Every successive month over the past four months we’ve seen an increase in our service revenues,” Mr Gomez told this newspaper, “so we continue to deploy the team to enhance network performance and the customer experience, and continue customer support.”

He indicated, though, that the “capital intensive” nature of launching a mobile operator and building out its network from scratch meant Aliv could still be up to five years away from reaching profitability.

“We recognised at the very outset that there would be a lot of capital required to get the network operational and the devices running on different apps and, once that was done, we would look at profitability down the road,” Mr Gomez said.

“This being a start-up, it may take seven, eight, ten before we reach clear profitability going forward. We’re excited about it, and are confident we will be able to grow the business and drive it to full profitability as well.”

What drove Aliv to its net loss was continued interest expense on the debt incurred to build-out its nationwide mobile network infrastructure, plus the depreciation and amortisation charges associated with this capital investment.

They stood at $19.886m and $26.517m, respectively, combining to account for $46.4m worth of expenses. This compared to over $42m in 2020, but these numbers will reduce over time as Aliv increases revenues and pays down its debt.

Mr Gomez, noting that Aliv’s business has rapidly matured, said: “You’re going to get a lot of the low hanging fruit at first. The honeymoon period is over, and we have to find what differentiates us from the competition to win subscribers over to us.

“There are a couple of differentiators. There’s the network, there’s the customer experience, and the people. The glue for all of this is community. We’ve already been involved in the community, but going forward we’re going to enhance that even more.”

Mr Gomez said Aliv had used its fifth anniversary “celebration tour”, which has taken in every island where it has a retail store presence, to both provide gifts to customers and see how it can better provide services to them - including non-profit groups and government agencies. The recent Marco’s Alert tie-up, he added, was a prime example of such involvement.

“These are the key drivers that I think will help win this battle. The competition is fierce, and even more so that the low hanging fruit has been obtained. How do we set ourselves apart from the competition? I cannot belabour enough that then customer experience is key to winning this battle.”

Mr Gomez said Aliv started with “a clean slate” in developing its culture, thanks to its start-up nature, and was able to build the necessary “energy and excitement to run an operation like this”.

He added: “The people internally are the engine that makes this thing work. If you do not have the right culture it will be very difficult to achieve some of the targets we have achieved thus far. “

Revealing that Aliv is examining its retail space to determine how best “to optimise that area of the business”, Mr Gomez said no determination has yet been made on whether to expand or shrink its footprint.

The mobile operator’s stores in Palmdale and Harbour Bay are also offering upstairs office space, fully equipped with all necessary communications, for lease to businesses and entrepreneurs as meeting rooms/conference centres or even full-time operations.

“The vision going forward is just to enhance,” Mr Gomez said. “The foundation has been set. It’s just enhancing how we drive and adapt because of the new way of working going forward. We’re using our capacity and solutions to drive that, and also the customer experience and retail offering.

“How do we leverage the office space and retail space into a unique and seamless experience from the time the customer comes in to the time they leave and walk out the door?”

After five years in the mobile operator business and gaining 48% of the mobile market in the Bahamas. Aliv can immediately hit profitability if the company parent can make the decision to go to the bondholders and give them option of converting the value of their bond holding to ordinary shares. Aliv is here to stay and depending on the uptake from the offer, Interest expenses would be almost totally eliminated or substantially reduced. With profitability on the horizon, many bondholders would jump at the chance to convert to ordinary shares which represent ownership.