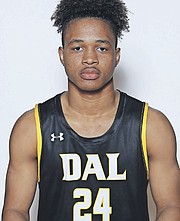 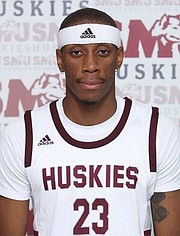 TWO teams headed in opposite directions - Shamar Burrows and the Dalhousie Tigers maintained their national ranking with a three-game winning streak while Qyemah Gibson and the St Mary’s Huskies lost their third game in a row.

In their first head-to-head meeting of the Atlantic University Sport regular season, both players posted double doubles in the Tigers’ 87-72 win in Halifax, Nova Scotia.

Burrows posted a near triple double with 15 points, 14 rebounds and seven assists in 32 minutes.

He shot 6-16 from the field, made his only three-point attempt and grabbed a team high three offensive rebounds.

Gibson finished with 18 points and a season high 11 rebounds. He shot 8-24, but struggled from three-point range and went 0-7 on the night.

The Tigers went on to extend their winning streak to three games with another four-point game, an 85-70 win over the St. FX X-Men.

With the win the Tigers remain in sole possession of first place in the AUS standings with a 6-2 record.

Burrows finished with 14 points, six rebounds and four steals. Gibson and the Huskies lost their 3rd straight game after a 5-0 start with an 87-81 loss to the UPEI Panthers.

Next up, Huskies take on Diangelo Woodside and the Cape Breton Capers (2-5 AUS) on the road November 28.

Dalhousie will look to extend their win streak to four games when they host the Acadia Axemen on November 27.