Insight: Can Pintard Put The Pieces Back Together? 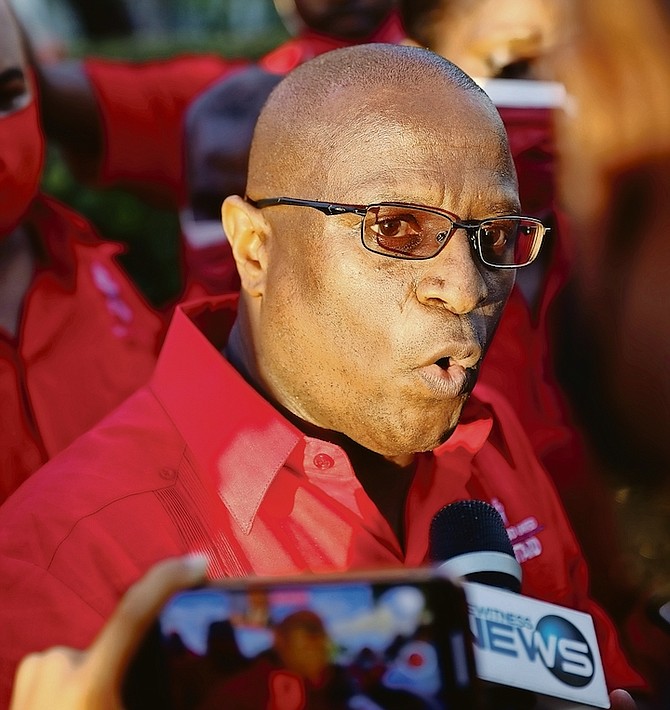 ON Saturday evening the Minnis era came to an end. In the place of Dr Hubert Minnis now as leader of the FNM and Leader of the Opposition stands Michael Pintard. He faces a tough task ahead of him.

Mr Pintard ran for leader on a platform of uniting the different factions of the FNM. How tough that will be can be seen from several news stories in the past week. 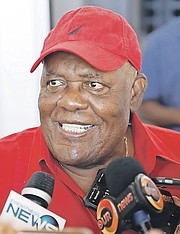 Former deputy leader of the party Loretta Butler-Turner was one of those most at odds with former Prime Minister Dr Minnis. Last week, she indicated she now aligns herself more with the PLP.

Mrs Butler-Turner is far from alone in being a disenchanted FNM supporter – she was not alone when she was part of the Rebel Seven FNM MPs who withdrew their support from Dr Minnis as Leader of the Opposition and voted for Mrs Butler-Turner to lead them. That group included Richard Lightbourn, Hubert Chipman, Dr Andre Rollins, Neko Grant, Theo Neilly and Edison Key.

Each of those had their own reasons for stepping away from Dr Minnis and each has experienced being cast out into the cold since.

Next up is former Prime Minister Hubert Ingraham, who last month said that he did not feel his advice was wanted or appreciated by the FNM for the past several years. It doesn’t take much working out this covers the era of Dr Minnis’ leadership. Mr Ingraham still has a substantial influence over many FNM supporters and he too represents one of the different factions Mr Pintard speaks of unifying.

Then there is Dr Minnis himself – Mr Pintard’s FNM will face some uncomfortable questions about some of the deals done by the previous administration. Just last week, some of those questions came to the fore with regard to the deal done with Royal Caribbean that could see them with Crown Land on Paradise Island for a century and a half, at an annual rent of just $140,000. The new administration is already signalling it won’t allow such a deal to go through – but the spotlight will be on one of Mr Pintard’s own MPs: Dr Minnis. He will be sitting right beside Mr Pintard. Will his new leader support Dr Minnis’ decisions in office? And where will that leave Mr Pintard as he tries to piece together a splintered FNM?

After being elected as party leader, Mr Pintard said: “Our collective genius is always better than a single-minded focus of a leader or a small group of leaders. We need all of you. That’s why we sent out the clarion call, asking FNMs who felt marginalised or disenfranchised, or who had left. We’re saying to you, we wish for you to return home.

“We understand that we are weaker without you. You are at the centre of our consideration. We are asking you to return to the organisation that we built.”

It was an overwhelming victory for Mr Pintard, who won a little more than two-thirds of all votes cast. From the start of his candidacy, he always seemed the likeliest bet, while rivals lacked the solid presentation he was able to put forward from the start.

But presentation is only style, and now he needs to show that he will bring substance.

He has begun by admitting some failings by the last administration. He said on Saturday: “We know that part of our loss had to do with having to make very difficult decisions that were difficult for a population to embrace, but lest we make the mistake of not listening carefully to the population, we also had some missteps. We made some mistakes. We had some unforced errors. The truth is, sometimes we didn’t listen to you the way we ought to. Sometimes we forget that we are your servants, we work for you, that we have temporary jobs.”

In Mr Pintard’s defence, this isn’t just hindsight after being in office – he previously admitted problems while in office, saying the controversial Oban deal was “a rookie mistake”, although he seemed to miss the point a little by saying it was “a clumsy execution of a ceremonial signing” rather than honing in on the problem of doing a deal with a company that didn’t stand up to scrutiny. 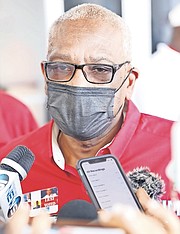 Still, admitting there were failings is the first step on the path to fixing them.

In the last election, there seemed little enthusiasm from many FNM supporters to vote for the party. Dr Minnis as party leader, and many FNM MPs who lost their seats, paid the price for that. But it would be wrong to pin the blame solely on Dr Minnis. There was no Rebel Seven this time who opposed Dr Minnis before the election call, there was no challenge to his leadership before the vote.

Oddly enough, had Dr Minnis lived up to his promises of transparency and accountability, made on the election trail before he became Prime Minister, perhaps there might have been a different outcome.

Instead, many felt he had been unaccountable, and even arrogant when it came to his pronouncements about lockdowns and pandemic orders.

He too often made enemies of allies and that took a toll in the ballot box as well.

This is the party Mr Pintard inherits, the party he seeks to unite before he even gets to present a case to the electorate.

One thing stands large in his favour, however – no Prime Minister has won successive elections in this country this century. If that holds true, and Mr Pintard retains his leadership, then he has every chance of being the next Prime Minister.

What an excellent and timely question asked if Michael Pintard can put the pieces back together and everything else like this and that considering if Minnis had confused so as to lead him to lost sight of Pintard's own penned words, ― .......
_"Most people who understand the struggle to acquire basic necessities wouldn't throw them away or take them for granted. However, it does not seem so bizarre to those who can afford the luxury of being wasteful like the wealthy. It makes me angry to see such reckless waste when I know of people who are suffering because they don't have the things that the wealthy so carelessly throw away. This shows how blind wealth can make a person and how dissatisfied people are once they become wealthy. These people are not aware of the lower class society that cannot afford the things that they wastefully discard. They do not realize that there are people who struggle to buy milk or keep shoes on their feet. They are not aware that there are less fortunate people who cannot even afford a house. This disgusts me because the wealthy have so many privileges but do not appreciate them when there is some less fortunate person who would do anything to have what the wealthy throw away with pleasure. I share in the anger that the poet feels toward these people. Furthermore, Pintard uses the theme of hopelessness to show the circumstances of the less fortunate in society. "Beyond the rage is a fear of tomorrow, a hope for a piece of the pie." __
Isn't is so that history shows that so many of the people who struggle to so succeed politically, tend to act in the same way as Pintard had earlier panned, - Yes?

Why do we ask stupid questions? Could Brave put the pieces back together after Perry and Braven lost miserably?oh, I get it , you already know the answer. You are just bored.

Why does the writer say he is Leader of the Opposition? Did the GG swear him in?

there was no challenge to his leadership before the vote

Why? Because the FNM never had a single convention during his term in office, even though they are supposed to be held yearly. The FNM had two choices : ditch Minnis and become somewhat viable, or just let him run and take a lap around the field for the next five years. We now know which option they chose.

Minnis reminds me somewhat of Theresa May in the UK. Leaders that drastically overplayed their hand, made boneheaded decisions, and had no idea when it was time to throw in the towel.