The Bahamas “shouldn’t be waiting for someone to dictate to us” and must act now on tax and Business Licence reform ahead of the global push to a minimum 15 percent corporate tax. 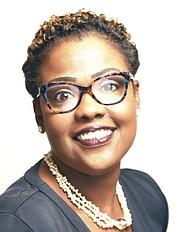 Tanya McCartney, the Bahamas Financial Services Board’s (BFSB) chief executive, told Tribune Business in a series of e-mailed replies that the G-7/G-20 drive for a global taxation ‘level playing field” provides this nation with an opportunity to advance tax reform for its own ends.

“It creates an opportunity for us to review our own tax structure and the current Business Licence regime, which assesses a fee on turnover rather than business income,” she explained, while asserting that The Bahamas and its financial services industry will still be able to compete against the latest Organisation for Economic Co-Operation and Development (OECD) proposals.

“While it is not possible to assess what the impact will be definitively, we believe that with a level playing field and an enabling business environment that The Bahamas will be able to compete,” Ms McCartney said.

“The agenda of the OECD is clear. Industry must remain focused on remaining competitive and leveraging those attributes which continue to make The Bahamas an attractive international financial centre (IFC).

She responded after the OECD, which is doing the so-called ‘heavy lifting’ on the G-20’s behalf, on Friday announced that 136 nations - including The Bahamas - have signed on to international tax reforms that will see a 15 percent minimum global corporate tax rate levied on the largest multinational enterprises.

Michael Halkitis, minister for economic affairs, and who has responsibility for financial services, could not be reached for comment before press time but the Davis administration’s position appears not to have changed from the one taken by its predecessor in relation to this initiative.

Pledging that the agreement “does not seek to eliminate tax competition, but puts multilaterally agreed limitations on it”, the OECD said the two-pronged deal will see countries collectively gain around $150bn in new revenues annually from multinational enterprises.

The first pillar is billed by the OECD as ensuring “a fairer distribution of profits and taxing rights among countries with respect to the largest and most profitable multinational enterprises”.

Some taxing rights over multinationals will be reallocated from these companies’ home countries to the markets where they have business activities and generate profits, regardless of whether they have a physical presence there.

Ms McCartney, though, said it was unclear if - and by how much - The Bahamas could benefit from this taxing rights reallocation, saying: “This has not been adequately assessed for us to comment on at this time.”

One financial services industry source, speaking on condition of anonymity, told this newspaper they believed The Bahamas will be little impacted by the G-20/OECD proposal at this point because the largest multinationals being targeted do not represent this nation’s market or have a major physical presence here.

The Bahamas has traditionally focused on the private wealth management space, as opposed to the institutional business targeted by the likes of Bermuda and Cayman, and the source similarly suggested that this nation will gain little from the reallocation of taxing rights.

“Multinationals, that’s not our bread and butter,” they said. “We don’t have much manufacturing and masses of IT companies. If we do have any multinationals here, they will be part of a corporate structure and the activity will be going on elsewhere.”

The taxing rights reallocation only applies to multinationals with annual turnover greater than 20bn euros and profit margins greater than 10 percent, with a particular focus on those that have benefited so much from the digital economy - the likes of Facebook, Amazon, Apple and Google. Just 25 percent of profit above the 10 percent threshold is to be reallocated.

The OECD predicted that $125bn of multinational profits will be reallocated to small jurisdictions in this way. And the 15 percent minimum global corporate tax, billed as generating an additional $150bn in annual global tax revenues, is only targeting companies with a yearly turnover of greater than 750m euros.

The OECD/G-20 are hoping that all countries will formally commit to the initiative in 2022, with implementation targeted at 2023. Ms McCartney declined to comment on whether such a timeline was too aggressive for The Bahamas, adding: “This is a question best answered by the policymakers but industry stands ready to assist in any way that we can.”

The OECD said: “Developing countries, as members of the Inclusive Framework on an equal footing, have played an active role in the negotiations and the two-pillar solution contains a number of features to ensure that the concerns of low-capacity countries are addressed.

“The OECD will ensure the rules can be effectively and efficiently administered, also offering comprehensive capacity building support to countries which need it.” Many in The Bahamas, especially in the financial services industry, are likely to voice scepticism at such pledges by the OECD given how it has led attacks on this nation over the past two decades.

Still, Mathias Cormann, the OECD’s secretary-general , said: “Today’s agreement will make our international tax arrangements fairer and work better. This is a major victory for effective and balanced multilateralism.

“It is a far-reaching agreement which ensures our international tax system is fit for purpose in a digitalised and globalised world economy. We must now work swiftly and diligently to ensure the effective implementation of this major reform.”

Gowon Bowe, Fidelity Bank (Bahamas) chief executive, yesterday told Tribune Business that this nation was not objecting to the OECD/G-20 initiative’s focus on equity, transparency and a level playing field but, rather, “how they’re being enforced”.

Backing Ms McCartney in asserting that the latest announcement should be a wake-up call for The Bahamas to get ahead of global developments by pursuing tax reform for its own ends, he said: “We shouldn’t be waiting for someone to dictate to us. We should be wise enough to say it’s far better to be ahead of initiatives than behind the ‘8-ball’.

“They’ve given us a nudge, but we shouldn’t need a nudge because we know we have deficiencies with our own tax system that we need fix for our own purposes. To compete in the global space, we need to be battle ready as opposed to reactive.”

Better read company reports first. Amazon doesn’t have 10% profit margin. No further comments needed on the quality of this article,

What Ms. McCartney failed to mention are offshore companies incorporated here. There are absolutely no taxes on those companies. The global tax rate initiative is aimed at multi national companies trying to hide in lower tax rate jurisdictions. Our government could easily pass a law which mandates the 15% for any company doing business outside our borders and leave our current tax rates the same.

But to get to the end objective, you need ike for like tax structures, and then tax agreements with these jurisdictions. There is a lot of pain (for local companies) or profits (for the multinationals) between here and there. Inept is still the order of the day, new day and all.