Ferguson Makes His Debut For The Ottawa Redblacks In Cfl 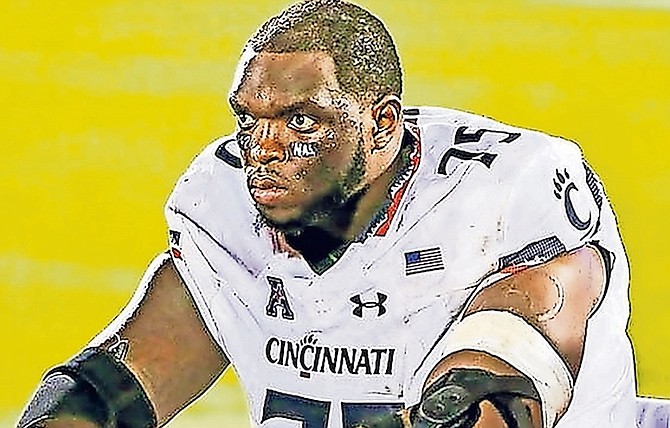 Ferguson started the last two games at left tackle for the Redblacks, most recently a 20-16 loss to the Montreal Alouettes on Thanksgiving Monday yesterday at Percival Molson Memorial Stadium in Montreal, Canada.

Ferguson made his first start of the season last week in a 35-16 loss to the Toronto Argonauts on October 6 at BMO Field in Toronto, Canada.

The rookie tackle entering the rotation as a starter represented the eighth different lineup of offensive linemen for the Redblacks this season. The team fell to 2-9 on the season, fourth in the East Division. Ottawa looks to regain a spot in the win column when they face the Alouettes 4pm October 16 at TD Place in Ottawa, Canada.

The Redblacks selected Ferguson with the 27th overall pick in the 2021 CFL Global Draft. He was one of 36 players chosen from among eligible players following a virtual CFL Combine. This was the first CFL Draft that pooled all of the global players together after previously having separate drafts for Mexican players and European players in 2019.

“My plan for Ottawa is to go out there early and put my foot in the door because I am trying to cement myself in a starting role. I am here to play football and fight for a spot and be a starter. Anything less would be disappointing for me,” Ferguson said at the time of his signing. “My goal right now is to be the best O-Line player in the league. I am working hard toward that every day. I am staying in shape, running my miles, lifting heavy, and trying hard to get ready.”

Ferguson played collegiately for the Cincinnati Bearcats in the American Athletic Conference. Over the course of his career, the Bearcats appeared in three bowl games.

After a redshirt true freshman season, he shifted to the offensive line but did not see playing time in the 2015-17 seasons.

Ferguson won the starting job at right tackle in the following offseason and went on to start 11 games. He was also one of 10 members of the Bearcats football team to earn his degree (criminal justice) in April 2018.

He was able to return for his sixth season when he was granted an eligibility-extension waiver by the NCAA because of injuries suffered earlier in his career. In his final collegiate season, he played three different positions on the offensive line.