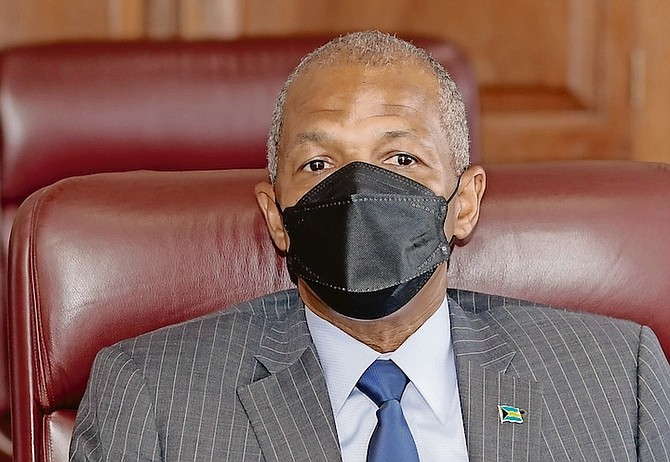 Myles Laroda, the state minister with responsibility for the DRA.

MYLES Laroda, the minister of state responsible for the National Insurance Board, says the Davis administration has reincluded hundreds of people who would otherwise have stopped receiving a pension because of a recent decision of the institution.

Mr Laroda, the state minister in the Office of the Prime Minister, said the matter affects just under 10,000 people.

He said he has expressed his displeasure about the issue to the NIB director.

“I expressed to him the displeasure of what took place, particularly as it was done when the new government had taken over,” he told reporters after a tour of NIB headquarters on Baillou Hill Road.

“With regards to the resolution, I think all but 850 of those, all are now regularised. The next tranche of payments comes out on the 19th.”

Mr Laroda said NIB halted the payments because the recipients did not verify their accounts.

He said an NIB official indicated that the plan was for the senior citizens to have their payments halted in July but that plan was postponed twice, with the stoppage only taking effect “after the new government had come to power”.

He said most of the accounts have since been rectified.

The new administration’s plan to increase pension for senior citizens was reiterated in the Speech from The Throne earlier this month. No definitive timeline has been provided for when the increase will take effect.

Mr Laroda also told reporters he has also directed NIB to suspend various service and employment contracts that were executed near the date of the recent election.

“I have had discussions with the managing director with regards to service contracts and contracts of employment,” he said. “Until I have a firm understanding of where that situation is I will just say we are looking into those matters. I gave instructions that there should be a pause. We look at everything in totality, not just one-offs, with a view of coming up with a fair answer to those. We all know (if) you put on your political hat, what happened at the PLP’s last term, what we were accused of, this is not tit-for-tat but there should be certain understandings and I hope that this government of which I am a part of when we are in a position to account will not relive some of the things that we see happening to us by those who had complained (about what) we had done to them.”

Mr Laroda said he could not give specifics about the contracts under review.

However, he said when the new NIB board is in place, the board will examine the contracts.

So people not verified, and you will pay out NIB funds without verification? This has to be a comedy show.

Take out some time in your day, pensioners.....you have lots of time .....and go prove you're still breathing, so your pension funds continue to flow.