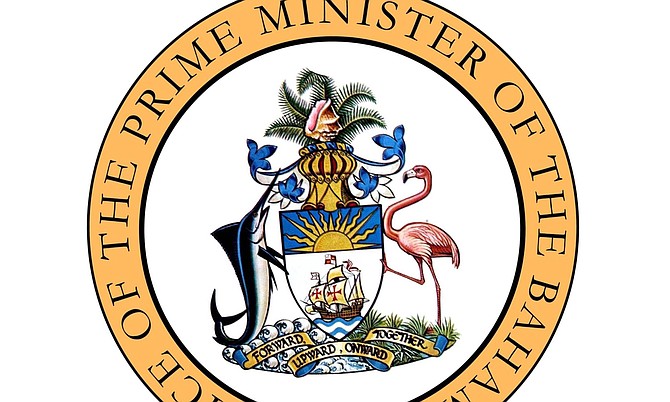 THE Office of the Prime Minister has defended Cabinet’s decision to allow re-engaged retirees to receive a salary and their pension, saying the process will be selective, merit-based and infrequent.

Two retired civil servants have already been re-engaged, the OPM said in a statement.

The statement came after The Tribune reported that Cabinet, according to a leaked memo, has changed the official policy of the Minnis administration that prevented returning retirees from receiving a salary and a pension.

“As we transition into government, the Davis administration, like many administrations which preceded it, has decided to re-engage two former senior public officials out of retirement,” the OPM said.

“Their expertise and long years of experience in the public sector are invaluable in guiding us through the kind of systemic changes which we have promised to deliver for the Bahamian people.

“Along with their salaries, they are being paid the pensions which are due to them for their long years of previous service. The pensions are legally and rightly due to them for this past service and continues irrespective of future employment. This is not a new policy.

“This is not a policy under which scores of retirees will be brought back into the public service. The process by which such public officers will be engaged is selective. It is merit-based, and focused on filling assessed skills gaps, meaning that by definition it will be used infrequently.”

The OPM said despite the official policy of the Minnis administration, some returning retirees still received both a pension and salary under the former government’s tenure. This was done “with characteristic favouritism and complete indifference to ordinary Bahamians,” the OPM said.

“…They (the former administration) applied the policy just to the favoured few, cancelling it for all other workers. The Davis administration does not support the unequal application of this policy. This administration believes that all re-engaged public officers should be treated fairly and equally.”

Yesterday, former Public Service and National Insurance Minister Brensil Rolle said he could not recall his administration re-engaging retirees that received both a pension and a salary.

He gave examples of two senior retirees who were re-engaged by the Minnis administration, David Davis and Harcourt Brown. He said both men, who worked in the OPM under the previous administration, were hired on the condition that they stop receiving their pension.

“I don’t know of any other person or group who may have been re-engaged in those conditions,” he said.

He argued that it is costly to let people collect a pension and a salary and it puts current senior public officers at a disadvantage.

“The second part of that is what it does to individuals who are aspiring to become the permanent secretary who are working and perhaps doing a good job. Now their opportunity is blocked.”

On Tuesday, Foreign Affairs and Public Service Minister Fred Mitchell said the Davis administration’s policy on the matter is the same as previous Progressive Liberal Party administrations. In 2017 when he announced a policy shift, Mr Rolle said the Minnis administration was reverting to the policy of the last Ingraham administration.

“This policy of double dipping is reprehensible and should be reconsidered,” TYA president Carlyle Bethel said in a statement. “Scores of young people could be hired with the money the PLP will now give to the double-dipping, retired civil servants. Additionally, this practice will harm morale and hamstring the career advancement and succession planning within the civil service.

“The nation is allowing this administration time to get their agenda going. It is a concerning indicator of things to come, though, when one of the first orders of business is being in contravention of the promises made on the campaign trail such as investing in young Bahamians, and fiscal prudence. This is no new day. This is the same old PLP way of doing business,” Mr Bethel said.

This is nothing more than the Davis led PLP administration putting their politically elite PLP friends back on the gravy train at great expense to less fortunate Bahamians who will be footing the bill by paying higher taxes and fees accompanied by a lower but much more costly standard of living.

Yup, it's proving to be quite a "New Day" indeed, with the worst possible over-tones of déjà vu from Vomit Christie's political era.

The gravy train has started. How the hell an this new government hope to drag the economy out of deep economic debt by increasing the civil servant wage bill. Still the old faithfull will not care that some are managing on $5 -6000 per annum.

I don't always agree with you tribanon, but on tis i can agree.

So in effect the PLP are admitting that people who had any education before they came into power, are able to do the job needed. If you have only been educated since the PLP were elected you too dumb to help.

Bahamians get what they voted for ..... Buyer's remorse in full force. So be it

i have zero zilch nada buyer's remorse. I didnt buy anything so wasn't expecting anything. But so far Im pleased with Davis's tone. I think he needs to address the "I wasnt aware my minister was doing X" statements. Structure to find out their intentions then provide feedback.

We saw this in his former ministry ........ He was bound to be a PM failure. He has too many hungry lions in his Cabinet, fighting for the crumbs in the jar.

It seems like most bahamians forgit how Brave Davis was caught in alot of scandals during the last Christie administration. Davis gave his cronies alot of contracts leading up to the 2017 general election and the last straw was the Baha Mar scandal.

Double dipping. This is a joke compared to the million dollar contracts and crown land handed out. Why dont they talk about that

Everyone and they's mommy, that is except the Tribune's Senior Reporter Comrade Rashad Rolle, had have known the Reds sneaky way around avoiding the transparency of being seen to be double-dippin' in the brungin' back pensioned civil servants was to brung them back as paid consultants and everything the rest like that.
Because everyone and they's mommy knows Consulting is paid more more than salaried giving of advice and everything the rest like that. — Yes?

In the meantime zeroing in on the Guardan's talkie show host Comrade Juan's, — I don't know. I just don't get it. I'm just being honest. Sooo. Do we have a caller from the office of the premier's Comrade Clint and everyone like that, — Yes?

Basically they cannot help themselves, that the Bahamian people think somehow they will be helped by electing and re-electing them astounds me. But you do invariably get what you asked for.