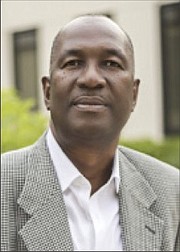 • Out Islands treated ‘as if they do not exist’

Exuma’s Chamber of Commerce yesterday said it is aiming to engage the Government over the “devastating” impact the island has suffered from losing “two-thirds” of its bank branches.

Pedro Rolle, the Chamber’s president, told Tribune Business it was impossible for Exuma to present itself to Bahamian and international investors as a modern, open economy unless there was sufficient access to “basic, functional commercial banking”.

With both Scotiabank and Bank of The Bahamas exiting Exuma within two years, he added that the island is now down to just one remaining commercial bank branch - Royal Bank of Canada (RBC).

Speaking after John Rolle, the Central Bank’s governor, revealed last week that bank branches in Grand Bahama and the Family Islands have shrunk by almost 40 percent in the seven years to 2021, the Exuma Chamber chief voiced doubts over whether electronic payments providers or the Sand Dollar digital currency will be able to adequately fill the void.

“We’ve been talking about this, and we decided we’re going to make some representations to the Government to see if they can assist us in Exuma. We literally at the moment have one bank that has a physical presence, and that is RBC,” Pedro Rolle told this newspaper.

“We’re preparing it. We had a meeting Friday, and the representations will be made shortly. There’s no way we can have an emerging economy, reputation that we’re open for business and attract investment if we cannot do basic, functional commercial banking.”

Pedro Rolle said the Chamber’s preference was for the Government to help encourage additional commercial banking presence on Exuma. He added that this did not necessarily have to be Bank of The Bahamas, in which the Government collective holds an 82 percent-plus stake through the Public Treasury and National Insurance Board (NIB), but any of the other Bahamian-owned banks.

The Exuma Chamber headed added that the physical presence of a Commonwealth Bank or Fidelity Bank (Bahamas) would bring “greater stability” than one of the Canadian-owned banks, while suggesting that a credit union or co-operative society was a potential solution, too.

He was backed by Roderick Simms, former head of The Bahamas Chamber of Commerce and Employers Confederation’s (BCCEC) Family Island division, who told Tribune Business that many islands were “being left out of the Bahamian economy” as a result of bank branch closures.

With multiple islands, especially in the southern Bahamas, now lacking a physical branch presence, Mr Simms said: “It’s been devastating. The bank was a conduit for persons to pay their vendors or transfer funds to loved ones or receive funds from loved ones in Nassau and other islands.

“That has been disrupted, and has negatively impacted commerce on the islands. Persons who banked locally on the islands, their accounts have been transferred to Nassau. So now it’s difficult to receive funds. We cannot go on as if persons and economies on the Family Islands do not exist. We’re leaving them out of the economy of The Bahamas.”

John Rolle, in his presentation to the Abaco Business Outlook conference last week, revealed that the number of commercial bank branches in The Bahamas has declined by almost 30 percent over the past seven years.

Data showed the scale of the commercial banking industry’s retreat from physical presence operations, with branch numbers declining from 86 in 2014 (and 88 in 2008) to just 61 presently - a reduction of some 25 locations.

The decline was more pronounced in Grand Bahama and the Family Islands, where there was an-almost 40 percent fall-off in bank branch locations from 38 in 2014 to 23 at the current time. As for New Providence, bank locations dropped by just over 20 percent or ten over the same period to reach 38.

The branch network shrinkage has largely been driven by the commercial banks - especially those that are Canadian-owned - seeking to exit unprofitable, costly island markets that they deem too small and expensive to maintain amid the push for Bahamians to increasingly use digital banking channels.

However, Mr Simms argued that the figures unveiled by the Central Bank’s governor were “a cause for concern that should be a fed flag” for the regulator to address, via talks with the Government and private sector, on how best to fill the void created by the commercial bank exists.

Some institutions had left Automated Teller Machines (ATMs) as a substitute for physical branch presence, he added, while many residents had also relied on the web shops to transfer monies. Yet Mr Simms argued that none of these mechanisms was an adequate replacement for what had gone before.

“It’s incumbent on the Government to find a solution because there are a number of persons on those islands that need to conduct transactions and keep money safe,” he told Tribune Business. “Where are they keeping money? Under the mattress? In a hole?

“Persons who are conducting business and wiring funds to vendors to import inventory, they have to find other mechanisms, whether a person comes to Nassau and deposits funds or they pay online. It’s very risky, it’s very dangerous to transfer funds physically. When travelling, you cause people to become a target.”

Then there is the cost associated with travelling to Nassau, usually several hundred dollars per round trip flight from the Family Islands, and the infrequent service - especially from the southern Bahamas.

While electronic payments providers such as Sun Cash, Omni Financial Services and Island Pay have been eyed as the replacement for physical bank branches, Mr Simms argued that they would likely focus on the more populated Family Islands and ignore those in the southern Bahamas.

And he suggested that the Sand Dollar, the Central Bank-backed digital currency, would have minimal impact as consumers were likely to grow tired of swapping between fiat and electronic money.

“Although COVID-19 fast-forwarded us into the digital era, we’re still a cash-based society,” Mr Simms said. “Digital is something that will take time to catch on in Nassau, let alone the Family Islands.” Many of the latter’s population, he added, were elderly and used to traditional forms of banking.

Pedro Rolle, meanwhile, said it was “very frustrating” to have to rely on ATMs for banking services. “It’s very impersonal, and I think it’s a little insulting. That’s our position, and it’s a nuisance for us,” he added. “It’s a little jarring. Certain things you never get used to. It’s like a tooth ache. It’s just there. We’ve got to solve this problem because it’s a vexing problem.”

The Exuma Chamber chief argued that electronic payments providers would be unable to provide the full-range of deposit taking and other services required by companies, while the Sand Dollar was more suited for transactions between individuals than the corporate world.

Nassau is The Bahamas for the powers that be. The world has passed the Out Islands by. It's only ATMs and online banking that is left for the Out Islanders.

It seems like we need to attract american or european banks here.

Very easy solution to this issue. It is a problem of little to no regulation. Designate under banked family island communities and then the central bank should mandate as a condition of a bank license that each bank have either one or two banks in these under banked islands.

Sounds like the Exuma cooperative credit union was just created

Cooperatives is the way to go

Gambling damage is to blame. Under the FNM Bahamians missed Problem Gambling Education to notice addiction and to moderate or prevent habits.

Close down the gambling houses and set up a National Lottery

The numbers boys will swoop in soon - on their bright white unicorns and shiny silver capes fluttering in the wind. After all this is their government and they are now running the show. Lord help us all!!!

They own both governments. As a matter of fact, both parties are owned by many more than just the numbers boys. Independence is a giant farce.

That is why we will remain food & oil dependent on special interest groups. Govt & politicians are in the pocket of such ppl.