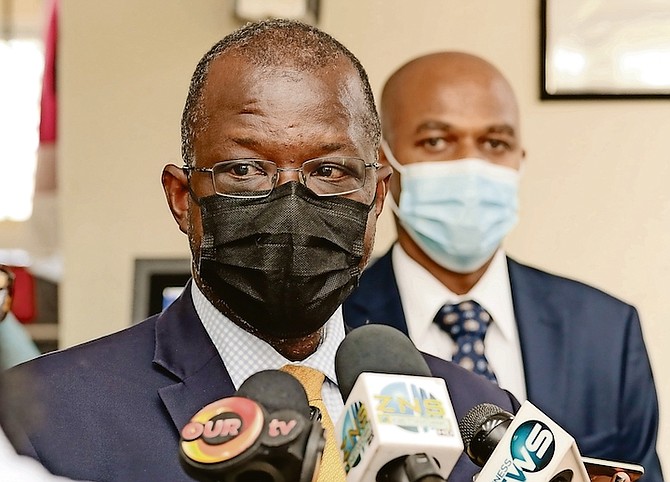 He spoke to reporters after touring the Parliamentary Registration Department yesterday.

When asked about the possibility of The Bahamas moving towards electronic voting, as opposed to manually marking a ballot, Mr Munroe said that would be something that needs extensive consultation.

“The right to vote is sacred. Persons already have great conspiracy theories about voting in the way that we do and so for public confidence, before you change anything you would seek the widest consultation possible.”

Asked about biometric voter’s cards, he suggested talks are ongoing. “There are in fact discussions about moving to something more durable and that’s how I would state it at this point,” he said. “That is what is being discussed at the moment.”

Mr Munroe said it was important for him to tour the Parliamentary Registration Department since being appointed a few weeks ago.

“I have had a previous meeting with the parliamentary commissioner,” Mr Munroe said. “I thought it was important to come and see the physical structure that he and his department labours in. You’ve seen the technological advancement here in the foyer with the kiosk.

“We also had a look at the counter foils and the production of that and progress towards digitising in a modern age. So you have it digitally as well as in paper fashion. Of course there was a conversation about the preparation for upcoming local government elections and school board elections.”

He said the department will respond to concerns raised about how the last general election was conducted.

“This is a progressive department and we will be responsive to any concerns,” Mr Munroe said. “For instance, as would have been indicated, there’s consideration now in addressing how the advanced polls (are) conducted, who all may be included.

“The parliamentary commissioner and his team have, in a very progressive manner, looked into being able to isolate everybody over 65, so if it’s desired that seniors automatically will be included in the advanced polls, they would have the technology to do that.”

Why is this information not Gazetted and how are these international organizations saying we had a good election when we do not yet even have the results?