‘Lessons Will Be Learned’ From Election Organisation 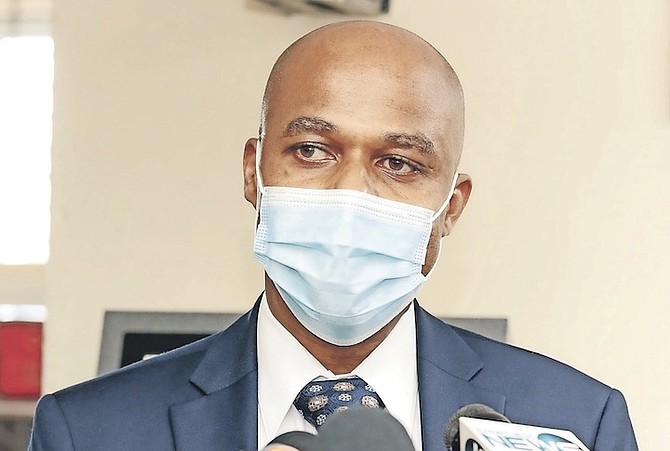 WITH some Bahamians feeling that the organisation of the recent general election was substandard, Parliamentary Commissioner Lavardo Duncanson said lessons have been learned and will be taken into consideration.

As preparations are being made for the upcoming local government election, Mr Duncanson said the Parliamentary Registration Department is currently undergoing a post mortem.

He spoke to the press after conducting a tour of his department yesterday for the new Minister of National Security Wayne Munroe, QC.

“At this time we are continuing with our post mortem,” Mr Duncanson said. “We have met with the returning officers, Friday before last. We are scheduled to continue to meet internally and we are awaiting the final reports from the various overseas missions so that we can conclude our post mortem.

“We have some recommendations that we have already begun compiling, so certainly that effort is ongoing at this time to ensure that we take into consideration all concerns in an effort to improve the overall system going forward.”

Mr Duncanson said that the advanced poll was the model used to correct any errors made and tighten up areas that were found lacking.

“The one thing we can say is we still find ourselves in the midst of a pandemic,” he explained. “So case in point, we would have had the advance poll where there was a category of voters such as seniors, etcetera, persons who were challenged in various capacities. We could have put more emphasis in accommodating such persons. We made those adjustments for the general election.

“So in areas such as that, certainly is something that is first and foremost. It did not surface in the family of islands, but certainly we look forward to improving that particular area going forward.”

Asked about recommendations made for more successful operations during elections, Mr Duncanson said more public education is a must.

“Some of the recommendations made would include public education; enhancing our ability to inform the public of what to expect come Election Day,” he said.

“There are other recommendations as well such as the sanitisation of the various work stations because that also impacted the timeline that persons took to vote. Areas such as those and making accommodations for crowds, which we did during the general elections.

“So there were some lessons learned, best practices that we will seek to continue to utilise going forward.”

Asked if he had a date for the upcoming local government election, Mr Duncanson said: “Not as yet. We have been working closely with the Department of Local Government. We know that there was a position taken that (it would happen) within 90 days following the cessation of the Emergency Orders.

“Again we are working closely with the Department of Local Government and as soon as the department communicates that information to us we would be in a position to convey that.”

Based on the information given by Mr Duncanson and the fact that authorities in the new government said they will not seek to renew the Emergency Orders when they expire in November, the local government election should take place in the first quarter of 2022.

Asked to confirm this, Mr Duncanson said, “That is a possibility based on what has been projected up to this point. That is a possibility, but certainly you can appreciate that something of that nature falls outside of the Parliamentary Registration Department to determine an actual date.”

Why is this information not Gazetted and how are these international organizations saying we had a good election when we do not yet even have the results?

Cmon people, don't run your hard mouths, we only be having elections for 50 years or so now so how you expect the department to get it right yet? Give them another 50 years at least to learn how to do this thing properly.