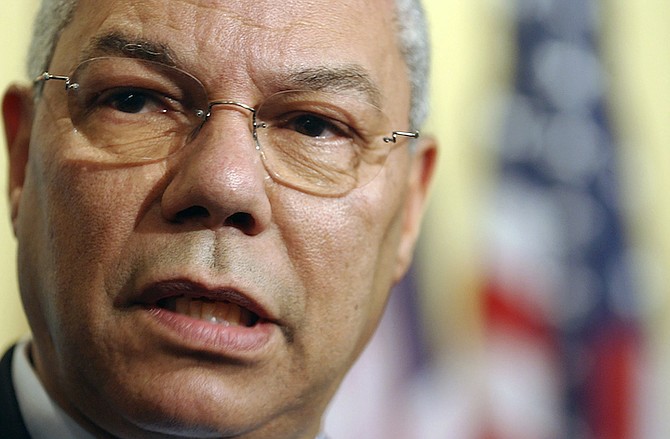 FOREIGN Affairs Minister Fred Mitchell issued a statement on the death of former United States Secretary of State Colin Powell, saying he was “an example of success as a Black man in America”.

“I learned this morning of the death of Colin Powell, the American general and diplomat,” Mr Mitchell said in a statement. “I worked with him as foreign minister in my first term, particularly on issues related to Haiti.

“Yesterday (Sunday) in the CARICOM meeting, I recalled while discussing Haiti his role in the crisis of that time. I recall his life, times and work as generally thoughtful and considered. He was also an example of Caribbean success in America, one to emulate. He was the son of Jamaican parents. He was an example of success as a Black man in America. I am saddened by his passing.

“On behalf of the Prime Minister the Hon Philip Davis, the government and people of The Bahamas, and in my own behalf, I extend condolences to the United States of America and his family.”

“While he was a lifelong supporter of the Republican party, he openly endorsed the last two Democratic presidents: Barack Obama and Joe Biden,” she noted in a statement. “The elder statesman was recently quoted as stating the following to CNN’s Fareed Zakaria regarding his support of political parties, ‘I can no longer call myself a fellow Republican. I’m not a fellow of anything right now, I’m just a citizen who has voted Republican, voted Democrat throughout my entire career. And right now, I’m just watching my country and not concerned with parties.’

“General Powell’s story is an inspirational example of the American Dream where many persons, including the children of immigrants can aspire to the highest level of success in a nation,” she noted. “A great man has finished his race and taken a well-deserved rest. I extend condolences to his family and the American people.”

Colin Powell, 84, was the first Black US secretary of state. He died yesterday from complications from COVID-19.

However Peggy Cifrino, Powell’s longtime chief of staff, confirmed to CNN that he had cancer as well as Parkinsons, meaning he was immuno-compromised and at a greater risk from the virus.