Digital is financial future in Bahamas 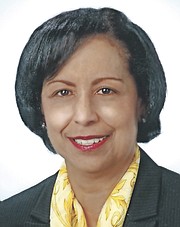 MARGARET BUTLER, CCO at Citibank in The Bahamas.

With the rise of smartphone adoption across the Caribbean, many industries have sought innovative ways to engage consumers by digitising their services. The banking industry is no different, as companies seek to establish future financial trends. As proven by the launch of the Sand Dollar, the world’s first Central Bank Digital Currency (CBDC), the Bahamas’ financial services sector is now looking to transform its legacy infrastructure by going digital to improve its security, lower costs and grow the customer base. Initially rolled out in Exuma and Abaco, as of March 2021, nine digital wallet providers circulated $130,000 worth of digital Bahamian dollars throughout the entire archipelago.

Several trends are pushing Caribbean banks to accelerate their digital initiatives. First, mobile telephone and broadband rates have improved appreciably. Excluding Haiti, the share of individuals using the Internet in the Caribbean rose from 27 percent to 53 percent between 2008 and 2016, while the average mobile cellular penetration rate is over 110 percent, drastically increasing the need for reliable and secure digital banking services. For example, MonCash, a mobile phone-based digital wallet, is used by households and rural farmers to increase access to financial services in Haiti. An estimated 14 percent of Haitians now own these accounts, while 38 percent of adults receive or send domestic remittances through their mobile phones. Likewise, the COVID-19 pandemic curtailed customers’ retail banking activities. This triggered a customer shift from traditional banks to fintech (financial technology) start-ups. The Bahamas’ relatively high banking rate of 80 percent is further expediting current trends.

A survey of 105 Latin American and Caribbean banking executives found that data security is their primary incentive for digitisation. This has been a persistent concern for financial institutions, as the region is particularly vulnerable to cybercrime. According to a report by the Organisation of American States (OAS),at least nine out of ten banking entities suffered cyber incidents during 2018, while 37 percent of banks in the region were victims of successful attacks.The total annual cost of banking entities’ digital security incident response and recovery was approximately $809m in 2017. Digitisation allows companies to base their infrastructure in the cloud through platforms such as Amazon Web Services (AWS), Google Cloud Platform (GCP), and Microsoft Azure, thereby ensuring constant security updates. In contrast, legacy in-house systems’ lack of agility can make them more susceptible to hacks and other cyberattacks.

Digital banks leverage technology to reduce operating costs. Large traditional banking institutions have an average cost-to-income ratio (CIR) of between 45 percent and 55 percent, while leading digital banks run a CIR of 32 percent to 40 percent. Though initial digital and cloud migration costs may be high, they can drop by up to 70 percent and deliver a return on investment (ROI) of 15 percent within the first years. Moreover, traditional banks spend an average of $150 to acquire each new customer, while their digital competitors only spend $30. This allows digital banks to offer lower service fees and cater to a broader sector of the population in the region. Moreover, a Mambu study found that medium to large-sized traditional banks (approximately five million customers) could lose up to 30 percent of their customer bases over five years as clients seek more digital services. Therefore, not going digital practically guarantees a steady erosion of traditional banks’ customer bases coupled with a stagnant market share.

Banks must continue building a solid strategy focused on adapting and innovating given the issues facing many countries within the region, so as to support financial infrastructure developments, focus on digitising the economy and the future of digital currency.

As part of its long-standing commitment of 117 years in Central America and the Caribbean, and more than 60 years in The Bahamas, Citi has been holding virtual forums focused on sharing the recent and current technologies to provide the best practices that countries can adopt to stimulate digitisation, effective digital payment systems and propel economic growth and digital investment.

Going digital is giving millions of people in the Caribbean access to banking services, where a 10 percent increase in digital investment can lead to a 2 percent to 3 percent increase in economic growth and a 2.6 percent increase in productivity. As such, it is clearly the future of finance in The Bahamas and throughout the region. Traditional banks that recognise and act upon this fact will secure that future for themselves, while more reticent competitors will continue to shed customers, market share and profits.

She joined Citi in 1994, heading up the legal vehicle management team of the Latin American offshore processing centre, and assumed the legal vehicle controller role for the 14 booking entities in 1998. In 2002, she was promoted to lead both the Panama and offshore processing services, and in 2004, added the role of portfolio analysis and control head.

Prior to joining Citi, she worked as the assistant director for Banque de la Societe Financiere Europeenne in Paris, France where she had responsibility for the management of a Latin American loan portfolio and a trading portfolio of distressed debt. Ms Butler began her banking career as a credit analyst with S.F.E. Banking Corporation in Nassau.