A COMIC'S VIEW: A political view inspired by the next generation 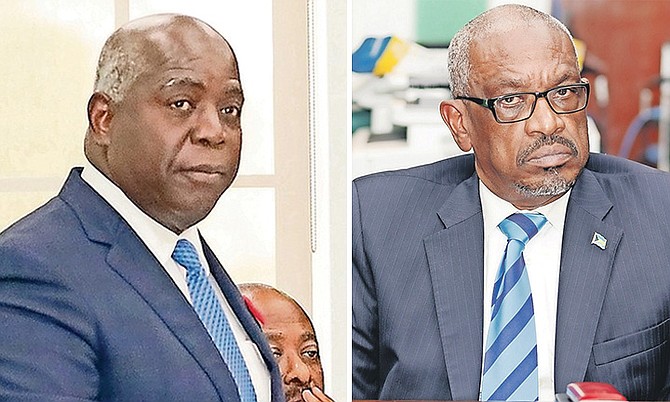 THIS week, thanks to our “new normal” and online learning, I was tasked with explaining to my ten-year-old how fun “limericks” can be. After a (very long) lesson, I finally got him rhyming. Surprisingly, the kid’s a good learner. He’s almost a pro at condensing complex thoughts into little bites.

What I didn’t expect was a challenge from him to do the same with my own thoughts. (He knows I need many uninterrupted hours to write this column every week). But, hey, I’m “super dad.” Dare accepted!

So, inspired by a challenge from my kid, here’s this week’s political review after a session in the House of Assembly, limericky:

And one billion dollars did hide

But come to find out,

That big number, no doubt,

Was designed just to shame Doc dem side

He did not produce the receipts,

To confirm these alleged deceits,

So now we all wait,

Til an unforeseen date,

While rumours run wild in the streets

But the biggest problem I see,

(And this is according to me)

Brave’s plan to cause rage,

Was said on the world stage,

So did he speak recklessly?

There’s also the question of VAT,

Brave promises to (someday) trim that,

As for bread and corned beef,

You’ll get no more relief,

Cause those prices are going up stat!

Still, one good thing he did do,

(And most will agree this is true)

For those who have least,

Now what says he about Junkanoo?

Chester made statements, though brief

But with money he’s surely a chief,

If the Chinese must come,

He will not act dumb,

And to some that’s a big relief.

Then Darville stood up in the House,

I ga drop on you slackers,

Vaccines are the key, he decreed

Though before he had seen no need,

To counter the lies,

See, he’d run out of people to blame,

After Wells, then Doc, and Duane,

So it is the dead,

He condemns now instead,

Though they’re gone from this earth all the same

Madam Glenys then took to the floor,

And, to be honest, she’s one I adore

Her charge is education,

So there’s no doubt this nation,

Will produce many youngsters who’ll soar.

Outside of the parliament game,

PLP’s are lamenting one name:

Cried out the hoard,

‘That we cannot defend,’ they exclaim!

Until next week, remember;

Most people haven’t a clue,

If this ‘billion dollar’ tale is true,

But if you happen to find it,

Brave will not mind it,

Cause he’s got some explaining to do.