IT is good to see the President of Kenya, Uhuru Kenyatta, has nominated his Cabinet Secretary for Defence, Monica Juma, for the post of Commonwealth Secretary-General.

The Kenyan nomination suggests African nations still believe the Commonwealth remains potentially relevant to its 54 member states and to the international community, despite the fact it has lost the radical voice for which it became known and respected in the 1970s, 80s and 90s.

In those decades, with Sir Shridath ‘Sonny’ Ramphal as Secretary-General of the Commonwealth Secretariat, the Commonwealth was a leader in combatting racism, including the ugly apartheid regime in South Africa; initiating global engagement on Climate Change and its harmful impacts; documenting international economic inequities and setting out a programme for reform; and putting the multidimensional security concerns of small states on the global agenda. Sir Shridath’s successor, his former Deputy, Emeka Anyaoku, continued that leadership role.

The last two decades of paralysis by the official inter-governmental Commonwealth, captured in Murphy’s throw away phrase that it “doesn’t do very much”, also encouraged those who could see no particular benefit in the Commonwealth and, therefore, no value in an Institute dedicated to Commonwealth studies, such as the ICwS. 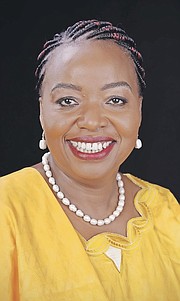 Consequently, in October 2020, London University announced it was closing ICwS. Much to the amazement of those who thought the Commonwealth was sufficiently on life support that no one would object to ICwS’ burial, more than 90 Commonwealth non-governmental organisations (NGOs) registered vociferous objection. This persuaded the University’s Vice Chancellor to establish a committee to inquire into Commonwealth Studies, under the Chairmanship of former British Foreign and Defence Secretary, Sir Malcolm Rifkind. I was invited to serve on the Committee and drafted the report that was finalised by its other distinguished members from government and academia.

In our report, delivered on July 21, 2021, the committee concluded that not only should ICwS continue to operate but it should be strengthened to serve a contemporary purpose as set out in the first declaration of the 2013 “Commonwealth Charter” which states: “Recognising that in an era of changing economic circumstances and uncertainty, new trade and economic patterns, unprecedented threats to peace and security, and a surge in popular demands for democracy, human rights and broadened economic opportunities, the potential of and need for the Commonwealth – as a compelling force for good and as an effective network for co-operation and for promoting development – has never been greater.”

The committee’s report has been accepted by the university and, hopefully, the strength and passion, displayed by the Commonwealth’s NGOs, together with the cogent arguments in the report, will lead to implementation of its recommendations.

But the issue of whether or not the Commonwealth matters and should be pulled back from a drift to irrelevance, demands more than the passion of NGOs. More especially, it urgently requires belief by governments that it has a role to play in addressing their concerns in their own countries and globally.

At the heart of generating such belief among governments is the Secretariat and the Secretary-General. In nominating Monica Juma, for the post of Commonwealth Secretary-General, President Uhuru, reflected his own dissatisfaction with the Commonwealth Secretariat’s recent performance by saying: “The success of our organisation lies in its ability to effectively address the needs of the member states, shape the collective agenda and implement its decisions for the realization of our common aspirations. All these require steadfast leadership at the Secretariat to deliver a dynamic and influential Commonwealth”.

In 2011, I was a member and rapporteur of the Eminent Persons Group (EPG) which submitted a report to Commonwealth Heads of Government, at their request, proposing urgent reform of the Commonwealth. In that report, which recommended, among other things, the creation of the “Commonwealth Charter”, the EPG remarked: “Reinvigoration and refocus do not happen through complacency or inertia. It is complacency and inertia in vital aspects of the Commonwealth’s values that currently pose the most serious threats to the continued relevance and vitality of the Commonwealth itself.” Unfortunately, in the almost 10 years since the EPG submitted its report, several of its main findings and priority recommendations remain unattended.

Neither the Secretariat nor the inter-governmental leadership of the Commonwealth has clothed itself with the purpose of Ramphal and Anyouku, or with the vision of Kwame Nkrumah of Ghana and Eric Williams of Trinidad and Tobago who, in 1964, proposed and argued fiercely for a Commonwealth Secretariat that had meaning; that would generate ideas and propose new directions. That battle was not easily won. Britain and Australia particularly wanted a Secretariat with no authority and with no capacity that would “cut across” the authority of governments.

Were the latter position followed by Arnold Smith, the first Secretary-General, and by Ramphal and Anyouku, the battles for de-clutching Southern Rhodesia from white minority rule to create Zimbabwe, and for ending apartheid in South Africa and freeing Nelson Mandela, might have been deferred for many more oppressive years.

There is no doubt of the Commonwealth’s past worth and its future potential. Therefore, it is good that President Uhuru has proclaimed Kenya’s interest in “steadfast leadership at the Secretariat to deliver a dynamic and influential Commonwealth” which he clearly recognises is sorely needed.

The writer is Antigua and Barbuda’s Ambassador to the United States and the Organization of American States. He is also a Senior Fellow at the Institute of Commonwealth Studies at the University of London and Massey College in the University of Toronto. The views expressed are entirely his own.