Face To Face: We All Know Someone The Virus Has Taken - How Many More? 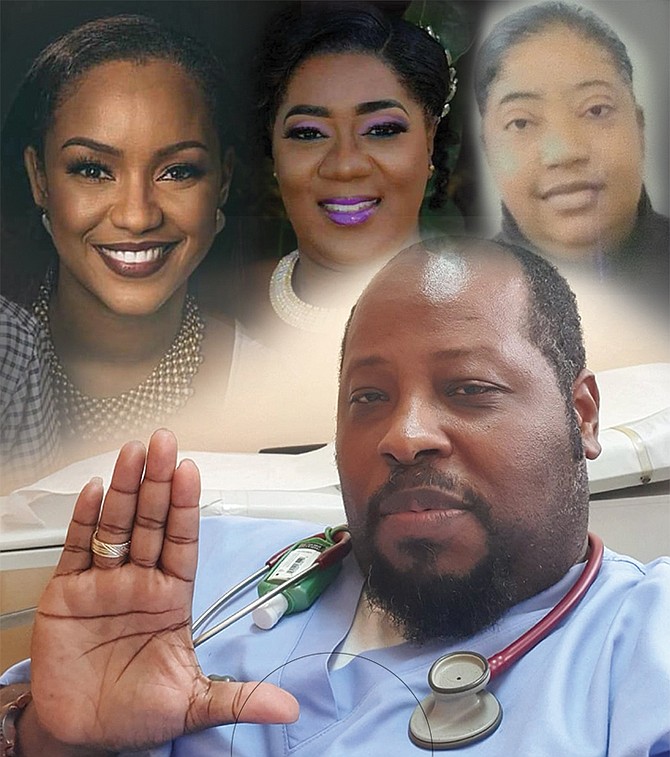 THE amount of COVID-19 deaths have risen steadily in recent weeks, so much so that almost every Bahamian knows someone who has succumbed to the virus. It is rampant and merciless. In a small population like The Bahamas, the effects of the disease have hit home for many.

The past several weeks were shocking for me as well. First, my schoolmate, the bubbly and effervescent Stephanie Plakaris passed away. She was a well known passport office worker, always willing to help others. We attended St Augustine’s College (SAC) together, and she maintained that upbeat attitude all the years I knew her. She is survived by her children, Mayor Gibson Jr and Samaiya; fiancée, Mayor Gibson; parents, Stephan Plakaris and Christina Williams and many others.

The next schoolmate to pass away was even more shocking. Dr Charles Edward Wildgoose, affectionately known to us as “Eddie”, was in my graduating class, SAC Class of 1995. He had a satirical sense of humour, and loved to look at the other side of the coin. He had no issues going against the grain, but he always remained true to his virtues. I looked forward to his almost daily contributions to our chat group.

We all knew he had started his own practice in Exuma along with his wife, Danzara. They set up Di-Ara Comprehensive Medical Centre, which quickly became a vital source of medical care for the islanders. He and his wife relished in the beauty of island life with their children, Diyari and Azarand.

Eddie graduated from the University of the West Indies, Mona Campus’ Bio-Chem programme with his MBBS degree. He did his internship at Princess Margaret Hospital and ended up serving more than a decade with the Obstetrician and Gynecology Department. He was there just after the delivery of two of my sons, and was able to check up on us while we were on the ward. He also worked part time at several private clinics including Eastern Medical and the Walk-in Medical Clinic.

There was a collective shock in our SAC Class of 1995 group when we found out that the reason Eddie hadn’t messaged in a few days is because we wouldn’t be able to receive a voice note or text from him again.

During the week he was laid to rest, I got the news of the passing of another two schoolmates. Both were at SAC during the years that I attended, and so I knew them by face and also by profession as adults. They were both beautiful women inside and out and so there was another collective school shock at their passing. Dr Ianthe Cartwright Bastian, Class of 2000 and Sergeant Krystal Blatch.

Ianthe was a well loved, caring paediatrician. Most recently, she worked with the paediatric associates at the Caves Shopping Plaza. Her passing was tragic for all who heard of her. She was seven months pregnant and mother to two young children. She was airlifted to Florida for treatment, but she succumbed on her birthday.

Her devoted husband, Demetres Bastian and her sons Kai and Kellen will now have to cover their loving arms around a baby girl, while dealing with the loss of a wife and mother. Doctors were able to save her baby, and she is said to be surviving well in neonatal intensive care.

Sergeant 2125 Krystal Blatch was a devoted member of the Royal Bahamas Police Force. During her career, she was attached to the Western Division, Grand Bahama; Airport Division; Mobile Division; Exuma Division; Police Canteen and Fire Services Division. She was enlisted into the force in 1991. She was promoted to Corporal in 2005 and to Sergeant in 2007. Commissioner of Police Paul Rolle referred to her as a dedicated officer as he offered condolences to her family.

Families all over The Bahamas have been rocked by Covid-19. We have seen families losing multiple members in the same time frame. Families are being ripped apart in this pandemic, leaving pain and severe heartbreak. The effects of this will last a lifetime for many.

Dr Tyrone “Butch” Bartlett, who spoke out recently after he contracted COVID-19, recently contacted me. Initially, as a friend, he advised me against getting vaccinated. He came out publicly after falling ill to the virus to encourage people to get vaccinated in order to save lives. His entire family contracted it, and he believes they were able to survive due to excellent care at home and a strict regimen he implemented for their recovery. He contacted me to share a poem he wrote as death knocked on his door. He was able to slam that door and survive, but it took everything in him.

Fought for to gain

Where there’s only pain

My spark it covets

What’s mine and sovereign

My life not yet

This ground I gain

It fades then falls

My life it gathered

And the sky is opened

To form and function

Who spared my life