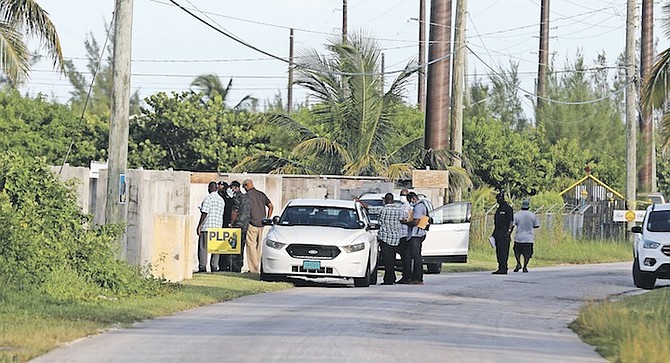 THE SCENE of a shooting in Eight Mile Rock yesterday. Photo: Vandyke Hepburn

GRAND Bahama Police are investigating the shooting death of a man in Eight Mile Rock on Thursday evening.

According to reports, the incident happened shortly before 5pm on Bayshore Road as the victim arrived home.

When officers arrived at the scene, a woman told them that while inside her home she looked at her surveillance camera and saw her husband arrive home. She also saw two unknown masked men armed with a firearm shoot him in his body.

EMS personnel took the victim to the Rand Memorial Hospital, where he was examined by doctor and pronounced dead.

ASP Rolle said investigations are continuing into this murder.