‘Freebie For Mega Wealthy Must End’

• And calls for further adjustments to make system progressive

A Bahamian realtor yesterday argued that “the freebie for the mega wealthy has got to stop” as he urged the Government to exploit the current high-end real estate boom to boost property tax revenues. 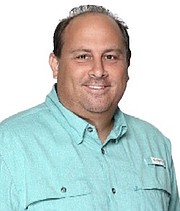 All owner-occupied homes, meaning those residences used exclusively as dwellings by their owners, enjoy a tax break on the first $250,000 of their property’s valuation. A rate of 0.625 percent is applied to the next $250,000, and this increases to 1 percent for the remaining portion of the valuation above $500,000.

Applying the cap to properties valued at $30m, $20m and $10m results in effective tax rates of 0.2 percent; 0.3 percent; and 0.6 percent respectively, all below the property tax rate that middle class Bahamians - who have less income and ability to pay - face on owner-occupied residences between $250,000 and $500,000.

Highlighting this as a regressive aspect of The Bahamas’ real property tax regime, Mr Armaly urged the new administration to increase the real property tax cap to at least the low five-figure/high six-figure range to ensure that wealthy citizens and residents pay their fair share in taxes.

Suggesting that the real property tax exemption threshold be increased from $250,000 to $400,000, so as to give middle and lower income Bahamians some relief, he also called on the Government to extend the Minnis administration’s VAT tax break on property sales to the same population segment.

The former government, in the 2021-2022 Budget, increased the VAT rate on property sales to 12 percent for the portion of a property’s worth that is greater than $2m. Mr Armaly, though, suggested flipping this script and extending this tax break to lower and middle income Bahamians by dropping the VAT rate on the first $100,000 of a property being sold to just 2.5 percent.

Acknowledging that he will likely “catch hell from my colleagues” in the real estate profession for making such suggestions, he argued that The Bahamas needed to break with “elitist” thinking and decision-making that has resulted in the country’s tax structure becoming increasingly less progressive and linked to ability to pay.

“You cannot tell me that someone making $60,000 to $70,000 a year is paying a greater rate than someone making millions of dollars,” Mr Armaly told Tribune Business, noting that middle and lower income Bahamians are also becoming increasingly burdened with paying 12 percent VAT on all they consume.

“Do you think $60,000 on a $40m home is enough tax? Think about that. Sixty thousand on a $40m home. It’s absolutely nothing. I understand we want to encourage investment, but if we want to do that, I, you, and everyone in our economic class should get the same rate. Why should they get the break and we get no break? We’re getting milked and milked.

“I’m going to catch holy hell, but fair is fair, and at some point we have to have principals that we have to set. The freebie for the mega wealthy has got to stop. I don’t want to sound like Joseph Stalin, but it has got to stop. It blows my mind. They got one letter, and they didn’t fight it. They turned around and ran off with their tail between their legs. They’re laughing at us, and it’s a freebie for them.”

Mr Armaly’s reference to a letter alludes to the former Minnis administration’s 2018-2019 Budget u-turn when, after raising the VAT rate by 60 percent to 12 percent, it quickly backed down on changes to the Real Property Tax’s definition of ‘owner-occupied’ property following resistance from homeowners in Lyford Cay and other high-end communities.

They vehemently pushed back against reforms that would have both eliminated the then-$50,000 tax “cap” and doubled the tax rate faced by second homeowners not resident in The Bahamas for six months per year from 1 percent to 2 percent.

However, Mr Armaly - while emphasising that the annual property tax cap should not be raised to ridiculous levels - argued that an increase into the high five-figure/low six-figure range was unlikely to drive billionaire and multi-millionaire owners from The Bahamas’ shores.

And, he added, many Americans view offshore real estate investments in The Bahamas and elsewhere as a critical hedge against rising inflation and potential tax increases by the Biden administration at home. “They can afford it,” he added. “They make $60,000n every 15 minutes. One click of the mouse from the stock market. That’s why I don’t think it’s unreasonable.

“Compared to other areas of the world, from what I can see on tax rates, the tax rates in the US and Canada are far higher. The last two to three Bahamian governments have concentrated on the mega wealthy; that’s all they wanted to bring in here, all upscale, all high-end. If that’s what they want, they need to pay.”

The Progressive Liberal Party’s (PLP) election campaign Blueprint promised to “ensure high-end properties pay their real property tax, and “ensure commercial and foreign-owned properties are on the register and properly valued for tax purposes”. However, there was no mention of any tax rate increases or raising the $60,000 cap.

Multiple realtors, when asked whether there is scope for generating more revenues from real property tax, typically argue against this on the basis that any rate hikes will drive buyers away and burst the current market ‘bubble’. They also suggest the Government seek to collect the $600m in outstanding real property taxes on the books first, and focus on other areas such as increasing the permanent residency threshold.

However, with The Bahamas burdened by a $10.4bn national debt currently bigger than its economy’s size, as well as another downgrade from Moody’s given its economic and fiscal woes, tax and revenue increases targeted at those with the ability to pay will likely have to be considered by the Government.

Turks & Caicos and Cayman waiting. There’s competition out there. Capital moves within a second by clicking.

Someone will buy their homes and replace them. They aren't special snowflakes.

Mr. Armaly, do you really want to focus on ability to pay, or is that just a smokescreen for the typical Bahamian “black crab syndrome” where you begrudge people their success and want to pull them down? Property wealth does not always equate to ability to pay huge taxes. A Bahamian could work hard, be successful and after decades of saving be able to enjoy the fruits of his labour by building or buying a $5m home, which could then over the next decade appreciate into a $10m. In retirement that Bahamian’s income could plummet, so where is he supposed to find a crazy $100,000 a year to pay property tax? You want to force him or his family to sell that property that he spent a lifetime working to earn. If you want to honestly look at ability to pay then the only solution is an income tax.

Does nobody see the elephant in the room? Collect all of the real property back taxes. That has to be around 5,000,000.

Well if even the real estate agents are for it, what are we waiting for?

So, if the taxes are incrwase on the mega rich, so they can pay their fare share, wil we be okay? What happens in the next 5 to 10 years when we continue tonspend what we cant afford, keep borrowing, and money continues to go missing? Will the mega rich be called upon to pay their fare share again? You need to stop with tjis foolish talk about "their farw share". Are they not paying taxes now? Tell the government to stop spending, and tell people to only have the children that they can afford to raise.

On one side he ain't wrong but on the other side it's not that simple. If property taxes go up substantially for the mega rich, those same people are going to reconsider why they are in our country. How many people will leave, who knows but it's certainly going to have some impact. The ultra rich, by definition, have global choices on where to buy a vacation home.

someone doesn't understand basic baths. If the average middle class Bahamian owns a $350,000 home they will pay $625 PER YEAR. Cry me a river. If they have a $500,000 home which is less than 10% of the population they will pay $1,562. hear that worlds smallest violin? The $10,000,000 luxury foreign owner who has 10 homes around the world and would walk away from the Bahamas in a heartbeat currently pays $60,000. I am not necessarily in favour of a cap on the rates but lets call a spade a spade.

So you cry a river for the extremely wealthy. Strange. Most other places have no caps and charge higher amounts, so i assume those wealthy people will be selling their other 10 and moving here!!!

Not sure what you mean by "most others" but if you consider the very rich locations such as Monaco (no property tax), Caymans (no property tax), St. Lucia (no tax on 10 acres or less), US Virgin Islands (0.75 percent of fair market value). Obviously there are others but I think you can agree that we are already in the top tier in regards to property tax.

Agree with a hike 100%. A huge portion of the Lyford Cay or Albany crowd won't pay RPT for 20 years and leave that for the attorneys and agent(s) to find out at closing. In addition to a tax hike, there needs to be much greater enforcement on those that pull that crap.

Some of these second home owners make six figures a year on vacation rentals, my sympathy supply runs a bit short with their "poor me" shtick.

People built their homes and invested in the Bahamas based on certain representations by the government, such as the $60,000 RPT cap. If the government feels they can break this deal AFTER money has been spent buying land and building homes they are going to alienate the very people that are propping up the Bahamian economy, and yes, these people will leave and go to more friendly jurisdictions like T&C and Cayman.

Why not collect the hundreds of millions in RPT arrears out there before threatening to increase the rate on people that ARE actually paying their RPT on an annual basis?

It is truly amazing how this Country finds ways to destroy anything that is good … Captive Insurance (now Bermuda) …. IBCs (now BVI) … Funds (now Cayman) … Hotel Rates (been to DR or Cancun recently?) … Shipping & Yacht Registry … Offshore Banking … why not kill High End Real Estate … a Country can not Tax its way out of Debt … but what is most sad is all of these Industries generated “many” lucrative Jobs that would have ensured healthy Tax revenues from existing avenues.

Can't argue with that.