Stabbing Victim 'Was A Leader And A Positive Person' 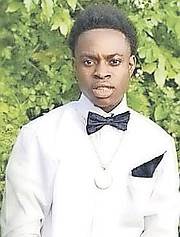 ORSMAN AUGUSTINE, who died in a stabbing after an argument on Sunday night at the intersection of Cordeaux Avenue and Lincoln Boulevard.

AN argument is believed to have led to a stabbing that left a man dead on Sunday night, according to the victim’s cousin.

This homicide was one of three separate killings that occurred on Sunday.

According to police, the latest incident took place shortly before 11pm. Officers received reports of a stabbing incident that occurred at the intersection of Cordeaux Avenue and Lincoln Boulevard.

“The victim was transported to the hospital via a private vehicle, where he later succumbed to his injuries. Police have taken an adult male into custody who is assisting with investigation into this matter,” police said.

The deceased was identified as Orsman Augustine by his cousin Javon Joseph.

Mr Joseph said he found out about his relative’s death through his sister.

“My sister had been out with him. They were out together. She came back home and she like ‘I see he dead’... she came back home crying saying ‘I can’t look at him ‘cause he gone,’” Mr Joseph said.

Mr Joseph recounted having a conversation about death with his cousin before going out that foreshadowed his tragic death.

“I was like I just don’t want to die drowning or see myself dying. He was like, ‘same I don’t want to get chap or juck up’... honestly, we were talking about that yesterday before he went out,” the cousin said.

Mr Joseph said two friends were celebrating birthdays on the day in question and the deceased was apprehensive about going out.

“It was two friends’ birthdays... He came here to settle down for the night. It was the second one he gone to. He was like ‘man, I don’t want go. I’m going to stay home and do my homework or whatever.’”

A long-time friend said the victim attended University of The Bahamas. He was studying electrical engineering and had one more year to earn his associate’s degree.

Police are also investigating the two other murders that occurred earlier on Sunday.

In the first incident, at around 1.30pm, police received reports of a shooting on Faith Avenue South off Carmichael Road. Officers responded, and on their arrival they found the body of a man lying on the ground outside a tyre repair shop with wounds to his head consistent with gunshots. Emergency Medical Services visited the scene and pronounced the victim dead.

Initial investigations revealed he was at his place of employment when he was approached by an armed man who shot him before fleeing the scene in a small vehicle.

In the second incident, shortly after 10pm, police received reports of a shooting on Theodore Lane off Tonique Williams Darling Highway. The first responding officers were directed to the body of a man lying on the ground unresponsive.

The victim had gunshot wounds and was pronounced dead on the scene.