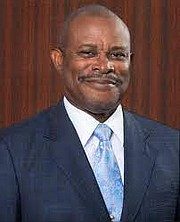 Bank of The Bahamas yesterday said it was seeking to drive sustained profitability “from real growth as opposed to managing delinquency provisions” after enjoying a positive $14m bottom line swing.

Kenrick Brathwaite, the BISX-listed institution’s managing director, told Tribune Business it had not predicted $6.419m in net income for the financial year to end-June 2021 because it had not anticipated being able to write-back “aggressive” loan loss provisioning taken the prior year.

The BISX-listed institution’s performance for the 12-month period was driven almost entirely by reduced loan loss provisions, which fell by 51.4 percent year-over-year from $15.348m to $7.456m. And it received a further boost from being able to reverse some $5.341m worth of previous loan loss impairments after being forced to book an additional $6.316m in the 2020 financial year.

As a result, Bank of The Bahamas swung from a $7.303m net loss the prior year to a $6.419 net profit. “Net credit loss expenses of $7.5m were recorded year-to-date compared to $15.3m during the same period of the prior fiscal year, a 51 percent positive variance,” Mr Brathwaite added in his message to shareholders.

“Reversals of provisions for impairment of $5.3m were also recorded during the current year, compared to impairment losses of $6.3m in the prior year, as the expected credit loss estimates and assumptions used on its sovereign and corporate exposures in the prior year did not materialise.”

The Bank of The Bahamas managing director, in a subsequent interview with Tribune Business, added: “We’ve had some adjustments, mainly on the provisioning side of things, but have also had some growth. I think we were aggressive in providing for those loan losses last year. We did not know what it would look like this year.

“I believe, even in the hotel sector, employment was a little bit better than thought. A lot more persons went to work. But we’re still working towards sustained profitability through real growth as opposed to managing delinquency provisions.”

Mr Brathwaite said Bank of The Bahamas’ financial year to end-June 2021 had to be “cut in half” because there were “two portions” to it. While the institution’s performance from ordinary operations was “pretty close to what we anticipated, we didn’t really anticipate having that kind of adjustment in provisions, so we did not anticipate profitability of over $6m”.

The BISX-listed bank, he added, was still in the “phase of building the foundations” according to its three-year strategic plan. That stage should be completed by the time the current financial year closes at end-June 2022, Mr Brathwaite, who acknowledged that the return to sustained profitability via organic growth will be akin to a marathon given the near-$138m in accumulated losses still on its balance sheet at the period start.

He likened Bank of The Bahamas’ progress to “crock pot cooking as opposed to the microwave”, but said: “We want to introduce debit cards, grow the credit card portfolio, focus a lot on merchant services, consumer loans.... We want to get the Central Bank to release the restrictions on us taking commercial loans.

“How all this comes together, we would be in a position where we can reach sustained profitability... We’re dealing with these consumer loans, trying to focus on salary deductions and staying away from tourism as much as possible, dealing with the Government and the high-end company sector.

“There’s still vehicle loans, and we’re still doing lot loans. We’re having some success in this area having introduced the mortgage department last year. That stemmed the loss of mortgages, so we’re gaining in that area.”

This was down from 22.65 percent at end-June 2020, while loss provisions as a percentage of the net $391m loans had also fallen from 18.43 percent to 15.67 percent. But, while Bank of The Bahamas’ balance sheet shows net equity of $161m, this is only made possible by the $168.718m “promissory note” or bond injected into the bank’s balance sheet as part of its 2017 taxpayer-funded bail-out.

Without that bond, which must be redeemed and paid out to Bank of The Bahamas by the Government in August 2022, the BISX-listed institution would still be suffering from a solvency deficiency with liabilities exceeding assets.

Mr Brathwaite, in his message to shareholders, said: “Experience gained in responding to the pandemic will undoubtedly be a catalyst for further change, with an opportunity for a more streamlined and efficient banking model, moving towards a position of sustainable profitability and growth....

“With the shift to a mostly virtual environment and an adjusted operating model, banking operations were carried out smoothly, technology was deployed, and unprecedented agility and resilience were demonstrated. As a result, customers were served, employees were productive, and regulators were reassured.

“However, although we acknowledge continuing challenges before the positive impact of the ongoing vaccination is felt and the economy fully rebounds, we are optimistic of the future.”