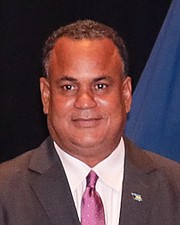 By NEIL HARTNELL and YOURI KEMP

Senator Michael Halkitis, minister of economic affairs, said in a statement that the Government was revoking further parts of the COVID emergency orders “that are not undergirded by science and economic data”.

“Such businesses will no longer face these restrictions but will have to comply with the current public health measures. The relaxation of the orders is designed to meet the real needs of all stakeholders in the local economy.”

Philip Davis QC, the Prime Minister, added: “We are seeking to eliminate inconsistencies found in the Orders that do not make economic sense while aiming to stimulate positive economic movement, as these portions of the orders are no longer grounded in science.

“Cruise passengers must be vaccinated in order to enter the country, and this greatly reduces the risk of the spread of COVID-19 among businesses catering to such visitors”. It is unclear where the reference to cruise passengers comes from, as they are not seemingly mentioned or included in the amendment to the emergency orders that was released last night.

However, Michael Maura, Nassau Cruise Port’s chief executive had on Wednesday urged the Government to swiftly extend a cruise passenger COVID-19 vaccination mandate that has brought “peace of mind” to the tourism industry.

He told Tribune Business it would be “prudent” for the Davis administration to extend the requirement that all passengers aged 12 years and older be fully vaccinated before they embark on a cruise beyond its November 1, 2021, expiration.

Arguing that it served as a COVID-19 “mitigator” both on board ships and when passengers are ashore in The Bahamas, he added that time was running out to extend the measure - either via the existing Emergency Orders or some other mechanism - given that there are less than five weeks before it ends.

Mr Maura said the urgency to do this was made more pressing by the cruise industry booking cycle, with passengers typically selecting their trips a month in advance, as The Bahamas could not risk causing any sudden last-minute shocks for visitors via a sudden change in health protocols.

Meanwhile, a former Bahamian Contractors Association (BCA) president last night said allowing construction to take place outside the 12 midnight to 5am curfew hours - as now permitted by the emergency order provisions - is pointless and makes no sense.

Leonard Sands said: “I don’t see any purpose for changing the orders to allow for construction firms to work after the curfew at 11:59pm at night. Nothing happens in the construction industry after 7pm at best. I don’t know of any project where the deadlines are so imminent that you need to work that kind of time.”

Speculating as to the reasons why the Government would make this amendment specifically for the construction industry, Mr Sands added: “What I think this would allow is in instances where there is a government project, or PPP (public-private partnership) going on, where they need to run a 24-hour shift, so they are making sure they don’t constrain themselves.”

“We need to find out more of what’s going on because I don’t know of any government PPP project going on now that would have the need to work those hours unless something is coming down the pike.”

Not good. Construction means noise. Citizens should expect that when they are on their weekend rest break, noone should be banging sawing and jack hammering next to their window. Can you imagine what the politicians would say if their neighbourhoods were a constant beehive of noise from 6 in the morning to 3AM everyday?

This country has never cared about noise and the well being of a community.

Nothing happens in the construction industry after 7pm at best.

Not true. That is when they come back to thief what they delivered in the afternoon. After Midnight.