‘I thought I was going to die at sea’ 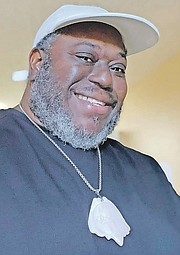 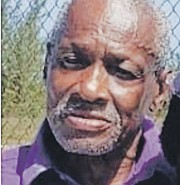 AFTER drifting for days unnoticed by planes above and at least one drone, Andrew Rolle said he began to accept that his death would come at sea.

Mr Rolle and Zephaniah Pennerman left Morgan’s Bluff, Andros, on Sunday but lost communication with relatives later that day on their way to Grand Bahama due to bad weather.

Mr Rolle, also known as “Conchalay Conchalar”, said with the vessel being tossed around and the engine bouncing in and out of the water, the boat’s fuel ran out much sooner than expected.

With the engine unable to restart and no cell phone service, he said they watched the sun set and then rise again and had to ration food. On the first day they shared one can of tuna fish and on the next day a can of mackerel. To their minds it was best to ration the food not knowing when help would come.

However, he said, he did not have much of an appetite.

The men were rescued on Wednesday morning after they were able to contact loved ones. The Royal Bahamas Defence Force and BASRA assisted in the search and rescue and the men were taken into a harbour in Grand Bahama.

“The amazing story about this whole thing is nothing happened until God was involved and I say it like that because after the boat went adrift and I had no cell service to call anybody and I was out there for a couple of days in my mind I realised I was going through a tragedy,” he told The Tribune yesterday from Grand Bahama.

“I realised that I could meet my own demise. I was worrying about a lot of different things, but I wasn’t worrying about the spiritual and I said to myself ‘What you doing? You see what situation you in and you ain’t acknowledge God yet?’

“I apologised to God and I sat down and started praying.”

He continued: “You watch movies and see things and you believe in God and all that sort of stuff, but actually sit down and you really see God work - it changes you forever. I aint gonna ever be the same person no more.

“I saw planes flying for two days and they ain’t see us. No one see me yet until I pray.”

Not long after several prayers and his last “Amen”, Mr Rolle said wind began to pick up on Wednesday.

“The wind picked up a little bit and it got cool in the back of me all of a sudden. Before we were just sitting but all of a sudden, the boat just started moving.

“So, I cut my phone on even though I thought I wasn’t getting any cell service and in about half an hour all the text and everything started coming through.”

Mr Rolle said he called his friend Mandel Quant to let him know he was alive. Soon after speaking with the Royal Bahamas Defence Force, Mr Rolle and Mr Pennerman were rescued.

“This is a true God story,” Mr Rolle said of the ordeal.

Boy Conchalay you was always a survivor against the odds.. 🙏

Brudda Conchalay, might I suggest that before you go out on the high sea again that you invest in a VHF radio and some flares, maybe then the next time you break down you can attract some attention from all those aeroplanes that passed you by.

Or purchase an epirb as required by local regulations. Would've been picked up within hours of beacon activation. Glad he's okay, but the typical local boater is often ill prepared to set to sea.

‘ Not long after several prayers and his last “Amen”, Mr Rolle said wind began to pick up on Wednesday.

“The wind picked up a little bit and it got cool in the back of me all of a sudden. Before we were just sitting but all of a sudden, the boat just started moving.

. “This is a true God story,” Mr Rolle said of the ordeal.

Glad this story turned out the way it did.

Next time check the weather. I watch alot of smaller boats bouncing up and down catching air speeding through choppy water wondering which bounce will ultimately get the better the boat. If the weather is that bad, wait