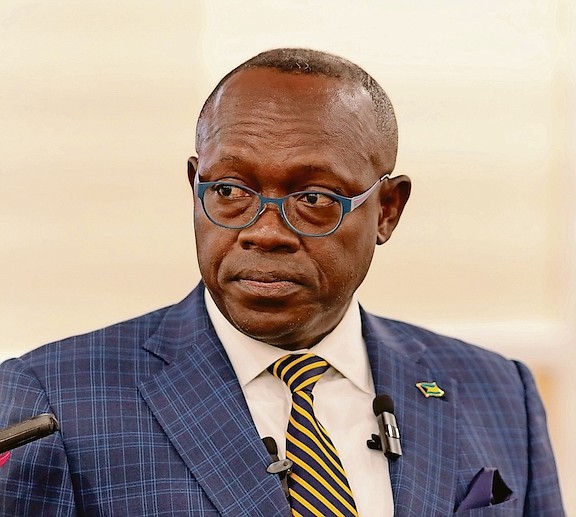 THE government has officially launched phase one of the public private partnership to design, build, finance, operate, and maintain several airports throughout The Bahamas.

Deputy Prime Minister and Minister of Tourism, Investments & Aviation Chester Cooper, in an announcement yesterday, said Grand Bahama International Airport is first on the agenda due to the demand by airlift operators to return to the island, and the urgent need to boost its economic recovery.

The airport in Grand Bahama was destroyed by Hurricane Dorian in September 2019. During that time, it was privately owned and operated by the Freeport Harbour Company, which is part of Hutchison Port Holdings of Hutchison Whampoa Group. Under the Minnis administration, the government purchased it in April 2021 for $1, with plans to redevelop the airport under a PPP. However, the government also paid-out around $1m as its 50 percent share of the redundancy pay and associated benefits received by GBIA staff.

In a press statement, Mr Cooper said the government is seeking experienced and qualified private sector partners for the redevelopment of GBIA, with the objective of revitalising Grand Bahama’s economy.

He said: “We want to attract big investors to the island of Grand Bahama and see the second city return to its glory days. In order to do that, we need their first impression of Grand Bahama to be a good one. Redeveloping, maintaining, and operating the Grand Bahama International Airport is top priority, and we are proud today to do just that. This public private partnership programme is not just to bring in investors but also to bring hope and financial stability back to the people of Grand Bahama.”

With a decrease of airlift to the island, tourist arrivals have declined significantly resulting in low occupancy levels.

Dr Kenneth Romer, acting director of aviation at the Ministry of Tourism, has expressed hopefulness for the launch of the PPP initiative.

“This much-anticipated launch of phase one of The Bahamas Airport PPP Programme speaks well of the government’s commitment to addressing and remedying the state of airport infrastructure within our country as a whole.

“The Department of Aviation is excited to be leading this initial process, which will restore investor confidence in Grand Bahama and contribute to the strategic plan to aggressively increase airlift and reposition Grand Bahama to regain its overall visitor arrivals market share.”

Dr Romer indicated that the government plans to embark on the construction and redevelopment of airports throughout the country in collaboration with private sector partnership, which is aligned with its priority goal of tourism expansion to the Family Islands.

He stated that this joint venture between the government and the private sector will also allow Bahamians to retain ownership of the airports as the facilities will not be sold, but instead, operations will be leased to successful private partners.

The PLP is playing politics again ........... they met in train a process to develop Berries, Exuma, N Eleuthera, Long Island and Abaco airports as well ....... now GB airport has jumped ahead of them all out of Government political expediency?????? ....... This is ludicrous.

If a viable PPP is put forward for ANY of the other airports, why cannot the Government support its development??? .......... This is not fair for the other islands who need to be developed as well.

So true. All of those airports were already out with RFP and the process was moving.

These brain dead clowns came in, stopped the process, and acting now like they doing something new.

So true. All those airports were already out with RFP and the process was moving.

These brain dead clowns came in, stopped the process, and acting now like they doing something new.

Our corrupt political leaders assume they have dumbed us down to the point where we don't know that the word "Public" in the term 'Public-Private-Partnership' really stands for "Politician".