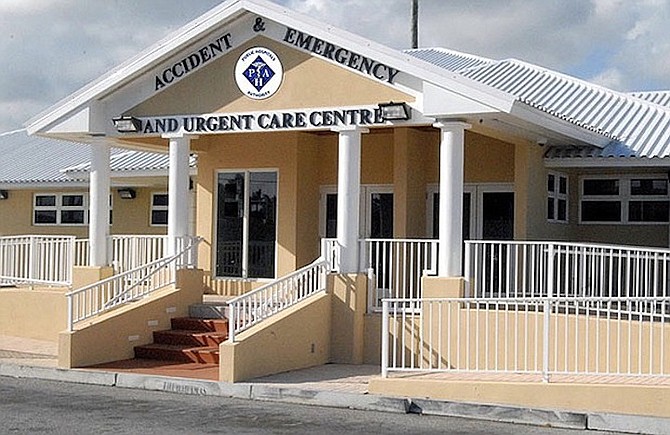 After an industrial agreement signing, the minister answered questions concerning the primary facility on the island.

He noted the facility, like the Princess Margaret Hospital and Sandilands Rehabilitation Centre, has its fair share of challenges.

“It is a structure that the PHA has purchased from a vendor in the United States. It is a prefabricated structure that is able to sustain hurricane force winds and we are definitely going to construct that which will debundle the pressure that we currently face at the accident and emergency and to be able to do a better job in the COVID triaging that is taking place at the Rand.

“We’ve gotten complaints of individuals being accessed on the patio at the Rand Memorial Hospital. We took note of that and we are pleased to announce that very shortly we will be dealing with infrastructural challenges. As far as manpower shortages are concerned, we do have challenges throughout all of our tertiary healthcare facilities for nurses. Doctors, definitely, some of them are being trained and we are about to deploy some doctors throughout the system.”

The minister noted that last year he brought on 15 new doctors that are currently being trained to be deployed to the Family Islands. He added that this year in his budget he has resources to hire an additional 15 doctors and “we’re now going through an interviewing process to replace physicians.”

When asked about his trip to the Family Islands, he said it was to begin to execute some of the short term work that is needed for clinics, particularly at a time when the country is in the hurricane season.

He added that very shortly officials would begin to award extensive contracts throughout the islands to get facilities in good working condition.

Meanwhile, the minister explained how health officials have been preparing for monkeypox.

“Well, monkeypox is an endemic - everyone’s on alert throughout the world. We’re working very closely with our partners at the World Health Organisation and PAHO as it relates to the protocols that must be put in place in the country,” he said.

“Our team is beginning to prepare the country for any event that we may experience a surge in monkeypox,” he also said. “As far as we’re concerned, we have had two cases. The first case is a foreign national that came into the country and he was diagnosed weeks after leaving. The Bahamas has the capability to test for monkeypox in the country and our surveillance unit is on high alert. Of the first case, all who were in contact with the surveillance unit identified and they went into quarantine and isolation as well as the second case.

“So, we have the situation, as it stands now, under control but while that is happening we need to continue with our training and begin to sensitize the population of the possibility of spread and what signs and symptoms to look out for in the event that you may have some of the symptoms associated with monkeypox.”