Obie Wilchcombe: More will need help due to inflation 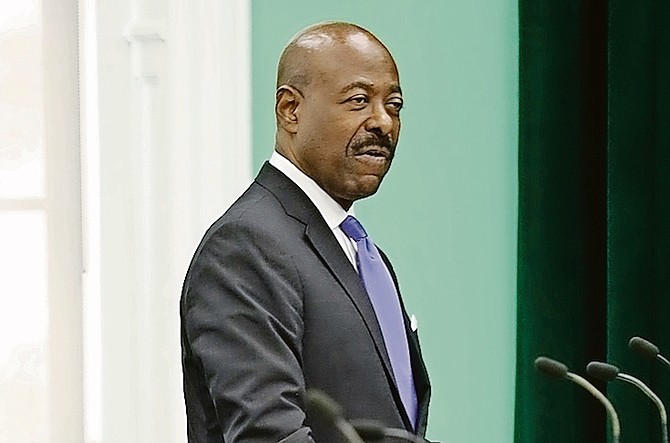 DESPITE the reduction in Bahamians applying for some assistance services, Social Services and Urban Development Minister Obie Wilchcombe says he expects to see that change due to recent predictions of increased and continued inflation for the rest of the year.

“We are seeing inflation. We do expect to see additional requirements, additional clients and that is what we’re preparing for,” he said.

After recent statements from both Prime Minister Phillip “Brave” Davis this weekend and Super Value owner Rupert Roberts earlier this month, telling Bahamians to expect a peak in the rise of food and gas prices in the upcoming months due to inflation, Mr Wilchcombe echoed their sentiments.

He added that the ten percent increase that was approved for various assistance initiatives offered by the government, which will help with the rising prices, officially took effect yesterday.

Mr Wilchcombe added, “The truth is for our income services, we’ve seen a reduction. We’ve seen less people apply for our uniform assistance in this period than before. It might have been because of uniforms they would have had in place for several years now, and not utilised because the children were not required to be at school. But whatever the circumstances are, the truth is, there was a reduction.

“Today (Monday) officially, more than 10,000 are receiving now an increase in the rate of benefits for food supplies, for utilities, for mental assistance, funerals, we have increased it by 10 percent across the board and it took effect on the first of August, but today being the first pay period, they are now receiving the provisions,” Mr Wilchcombe said.

He said with the expected onset of clients in the coming months the Social Services centres across the island have improved in a number of ways as well.

“If you go to any of the centres, you’d realise, we also no longer have people standing outside seeking assistance, we’ve now taken all the centres and we’re working with the church and others and we’ve been able to put services to people in the comfort of the halls, so they no longer have to stand outside in the sun,” Mr Wilchcombe said.

Mr Wilchcombe said that the Ministry of Social Services and Urban Development is about two months away from relaunching the RISE programme, which will assist those below the poverty line.

“The RISE programme was a programme that was intended to provide and monitor the growth and development of the clients we have. If you are entered into the programme, what you want to do is break the vicious cycle of continuation to the programme where your children — you’re required to do certain things so that the programme can see a change in your behavioural patterns to move people away from the process. Of course we have to break the cycle so the RISE programme is always intended to take you and lift you above being below the poverty line, because you want to get more Bahamians out of dependence into independence,” Mr Wilchcombe said.

He added that his ministry is also finding that there are many in need throughout the Family Islands.

“What we’re discovering though is that over the many years the islands have not received the attention required. So we have the permanent secretary leading teams to the various islands and we are discovering, not only are we finding that there are many in need and many have not received home repairs in years, we’re also finding that there is a large number of persons who are disabled,” Mr Wilchcombe said.

“We’re seeing an increasing number, but for the most part, we were not aware. So our approach is to not avoid the problem, but to find the issues, deal with the issues and so that we can provide the attention that is required. Yes they have required more attention, yes we are going to make some changes to the islands, but right now, I’m very pleased as to the fact that we’re discovering, we’re out there and we’re finding all the issues,” Mr Wilchcombe said.

He said that his ministry is dedicated to bettering its services and making sure people feel free to talk and receive the service from the ministry.

“We’re making sure that Social Services is social. We’re making sure we have a heart and we’re reaching out to touch the lives of our people. I have heard the complaints and I have met with people, who have been rejected and sometimes, they thought that they’ve been handled poorly,” he said.

Mr. Wilchcombe added, “We’re now moving toward a rapid rotation (of employees) to ensure our people stay as fresh as possible. Our people are being treated professionally and are being recognised for the service they provide.”

In December, the Disability Unit of the Ministry of Social Services and Urban Development will launch an accessible app for Bahamian disabled persons, said Mr Wilchcombe.

Last month, he first announced the plan to increase the rates of financial assistance rendered through the community support services division by 10 percent of the Department of Social Services effective this month. This increase was made in response to the increasing financial challenges faced by Bahamians across the country due to increased prices, insufficient minimum wage and inflation.

No Mr. Wilchcombe. "More will need help due to" decades of government corruption sponsored by the greedy, incompetent, and totally useless likes of you.

Long before inflation came along Mr. Wilchcombe, you and your corrupt kind brought our country and its people to their knees.

Most of us are not as stupid as you are Mr. Wilchcome. So I suggest you just shove your shameless lame-brain attempt to blame inflation for the pain and suffering many Bahamians are experiencing up your very own wazoo.

NO Obie, more will need to be helped because our ruling and governing class have failed to ingrain into the sensibility of our people, HARD WORK with persistency.

I watched this Country turn into squadrons of beggars from a once hospitable and thriving Bahamas.

Spot on Nicodemus, we degenerated into a nation of beggars and thieves, Pindling’s chickens have come home to roost.

And while they persist in blaming everything and everyone for their own failed social and economic policies, they continue to focus their efforts on unjustly enriching themselves through blatant corrupt schemes of every kind at the expense of the Bahamian people. They are a truly pathethic, useless, and uncaring bunch of imbeciles.

Where you ga get ot from? Mussie a rock. Need to talk to people about family planning, period. What , you don't see the problem, hey?Family planning is the answer.

They are white-washing and suppressing the damages done to personal, households, families, communities, society and religious faith in God caused by the pandemic of gaming houses that scavenge the flesh and bones of Bahamians. High paid religious, psychology and crime/gang consultants have silenced WHO/PAHO ICD education on gambling so too Sandilands massive Bahamian luving truth experience on gaming, joint UofB - United Nations UNESCO regional research on the catastrophic impact of gambling and also The American Association Psychiatrists DSM5 clinical 4 out of 9 ratings on the damages of either cocaine or gambling addiction. The Bahamas Seventh Day Adventists has the lowest per capita followers who gamble or are in jail. I don't know where us other religions need to get it right but we somehow continue to be swallowed.

Little over Ten Months the country will be celebrating 50 Years of Independence! "Don't hit me with them negative waves"

YES 🙌 fifty years of good governance from predominantly Pillage Loot Plunder and look closely at where thats gotten us. Let us all rejoice in the sack cloth and ashes we’ve been reduced to and undoubtedly deserve. But, it’s a New Day and as they say, Hope Springs Eternal!!

What amazes but truly disappoints me is the fervent and persistent effort of the government to turn out our citizens to be beggars, thieves, and wantons for handouts. Where is the expression "FORWARD, UPWARD, ONWARD, and TOGETHER" being enterprised in this charade of degradation?

YOU NIGGERS OF OUR SOCIETY... STOP SELLING YOUR AFRICAN BROTHERS AND SISTERS TO A MENTALITY OF SLAVERY!!!
Proverbs 22:7 The rich rule over the poor, and the borrower is slave to the lender.