• CCA paid more than work worth in ‘race to finish’

Baha Mar’s main contractor was “overfunded” by up to $112.7m during the project’s race to completion, it has been alleged, while at the same time diverting “emergency” financing to pay for its British Colonial Hilton acquisition. 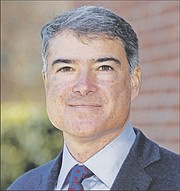 Evidence filed in the New York State Supreme Court by the mega resort’s original developer, Sarkis Izmirlian, asserts that China Construction America (CCA) was overpaid compared to the value of the building work it actually delivered prior to the project’s collapse into Chapter 11 bankruptcy proceedings, followed by provisional liquidation and receivership.

A report by Paul Pocalyko, a certified financial forensics and fraud examiner with the HKA advisory firm, said the Chinese state-owned contractor’s own records also showed it received almost $85m more than the value of work performed when Mr Izmirlian filed for Chapter 11 protection in the Delaware bankruptcy court in late June 2015.

The analysis, filed by Baha Mar’s original owner to support his $2.25bn fraud and breach of contract claim against CCA, sheds fresh light on events that ultimately resulted in Mr Izmirlian’s ousting while seemingly refuting the contractor’s assertion that the developer was frequently late in making payments to it.

And it provides further support for the Lyford Cay resident’s allegation that CCA, rather than use $54.6m in “emergency” funding obtained by Mr Izmirlian and Baha Mar to pay the project’s sub-contractors and settle other bills, instead improperly employed these monies to finance its $57m acquisition of the British Colonial resort in downtown Nassau.

Mr Pocalyko said there was substantial evidence that Bahamian contractors, such as BHM (Bahamas Hot Mix) and Jimmy Mosko’s Bahamas Marine Construction, as well as their foreign counterparts were not paid the sums due to them from the $54.6m as complaints of non-payment continued long past the funding’s December 5, 2014, receipt by CCA,.

And, of the payments and sub-contractors cited by CCA, the forensics expert said he could only trace $1.981m or 3.6 percent of the $54.6m back to CCA’s register. The Chinese contractor, though, has vehemently denied that the “emergency” funding, drawn from Baha Mar’s financier and its fellow Beijing-owned institution, China Export-Import Bank, was used inappropriately or for anything other than the stated purpose.

Denying it took a construction management fee from this sum, the contractor hit back with counter-allegations that Mr Izmirlian and other then-senior Baha Mar executives had incurred $8.846m in bills “that it is unable to verify as legitimate project-related expenses”. CCA also claimed that Baha Mar’s original developer and entities under his control took $33m of the $2.45bn project’s financing to cover expenses incurred before the Chinese became involved.

However, Mr Pocalyko’s analysis alleged that CCA received cash “far in excess of costs incurred and payments made to sub-contractors and suppliers from September 2012 through April 2015. At no point have I seen information and evidence that shows CCA (Bahamas) had advanced money for the benefit of the project greater than the total it had received or agreed to contribute”.

He added: “In the period leading up to the revised March 27, 2015, substantial completion date for the project, CCA (Bahamas) failed to pay sub-contractors, made demands for additional payments to complete its work, and threatened to stop working on the project if it did not receive additional payments.

“However, CCA (Bahamas) had access to sufficient funding throughout the project, and in fact was overfunded. CCA (Bahamas) demands and threats leading up to the March 27, 2015, substantial completion deadline were not justified by a need for additional funds to complete the work.”

The forensic accountant based this conclusion on an analysis of CCA’s monthly payment requests to Baha Mar, as well as “cost analysis” reports by AECOM (formerly Davis Langdon). The latter was responsible for vetting CCA’s demands to ensure they were accurate, and Mr Pocalyko said he also reviewed reports by Rider Levett Bucknall, which was the overseer for the China Export-Import Bank.

“I determined that as of December 31, 2014 - a critical point in the project and, in particular, in the lead up to the March 27, 2015, substantial completion deadline - CCA (Bahamas) was overfunded,” the report said.

Mr Pocalyko said AECOM’s review showed CCA as having completed $1.26bn worth of work on Baha Mar at year-end 2014. Deducting the contractor’s $150m investment in Baha Mar’s preference shares took this to $1.1bn compared to $1.16bn in payments made to CCA. As a result, the Chinese contractor had been paid $50m more than the value of work delivered, with the addition of $62.717m in retainage taking this to $112.736m.

The forensic accountant said his conclusions were supported by Rider Levett Bucknall, which between September 2012 and May 2014 “continuously observed that CCA (Bahamas) was overpaid for core work”. In one report, the China Export-Import Bank’s monitor wrote: “At present approximately $752m has been counter-signed in respect of the core works.

However, Mr Pocalyko alleged that the China Export-Import Bank project manager “understated the differential by many millions of dollars” because it lacked access to the information he possessed by virtue of the court case. “Rider Levett Bucknall’s analysis of CCA (Bahamas) total core works spend determined that the valuation of the work performed was substantially lower,” he wrote, noting that the difference was greater than $40m in all but three months.

“My analysis shows that based upon CCA (Bahamas) own cost records at the time period near the end of [Mr Izmirlian’s] involvement on the project - when CCA (Bahamas) was demanding more money from Baha Mar - CCA (Bahamas) was still over funded by $84.6m, not including amounts held as retainage.” That time period was end-April 2015, more than one month after the missed opening date.

The report, meanwhile, noted that CCA signed the agreements to acquire the now-shuttered British Colonial and adjacent six-acre parcel - upon which stands Margaritaville and The Pointe - on October 21, 2014. This was less than a month before the November 17-18 meetings in Beijing, during which Baha Mar and the contractor sought to resolve their commercial and scheduling disputes under the China Export-Import Bank’s watchful eyes.

This produced the agreed March 27, 2015, opening and substantial completion date. In return, Baha Mar agreed to pay $54.6m to CCA by submitting an “emergency” request to the China Export-Import Bank for release of such funding. Some $7.551m of this sum represented 50 percent of costs in dispute; a further $32.071m was to cover 70 percent of costs in review; and the $15m balance as to settle all outstanding commercial disputes.

The deal also contained a “claw back provision” for the remaining 50 percent of the disputed costs. Mr Pocalyko said CCA received the $54.6m on December 5, 2014, but some 18 days later “withdrew at least $57m from the same bank account and used it to pay for the Hilton transaction” rather than use it to Baha Mar’s benefit.

“Based on my analysis, CCA (Bahamas) utilised the cash it obtained from Baha Mar to fund the acquisition of the Hilton transaction as opposed to paying the sub-contractors and suppliers for the project,” he concluded. CCA identified just five sub-contractors as receiving a collective $7.41m out of the $54.6m total, with the balance going to unidentified companies, and the forensic accountant said it was unusual that all payments were rounded to the nearest ten thousand.

And Mr Pocalyko said numerous sub-contractors continued to complain about non-payment for months after the $54.6m was received. “Bahamas Hot Mix and Bahamas Marine Construction (BHM and BMC), a sub-contractor for the external works package, did not receive timely payments starting on October 22, 2014,” he wrote.

“CCA (Bahamas) did not pay BHM & BMC, and on November 6, 2014, BMC responded to CCA (Bahamas) stating that BHM & BMC were drastically underpaid and that CCA (Bahamas) had all the information needed to process payment.” The Bahamian contractors were eventually paid $3m and $2.6m, respectively, some 19 months later via the China Export-Import Bank’s Perfect Luck vehicle.

“CCA Bahamas paid the first $15m to sub-contractors as final settlement on claim disputes with Baha Mar. The remaining $39.6m constituted a partial settlement and reimbursement of sums previously advanced by CCA Bahamas to its project-related sub-contractors and vendors between February 2011 and October 2014 in relation to nearly 250 unpaid CCDs and CRFs (construction chance directives and construction reserve funds), totalling $60.918m in disputes between CCA Bahamas and Baha Mar. As such, Baha Mar’s December 4, 2014, payment of $54.6m related solely to past, not future, expenditures.”

😂 I was waiting for him to emerge amid this new ch.11.

Did all of the other creditors get made whole yet?

Rather interesting analysis. It is a shame we find it difficult to treat fairly those who help us, yet seemingly always side with those who have a scam going. Both BahaMar and FTX show exactly who our government works for. The only things The Bahamas lacks are honesty and leadership.