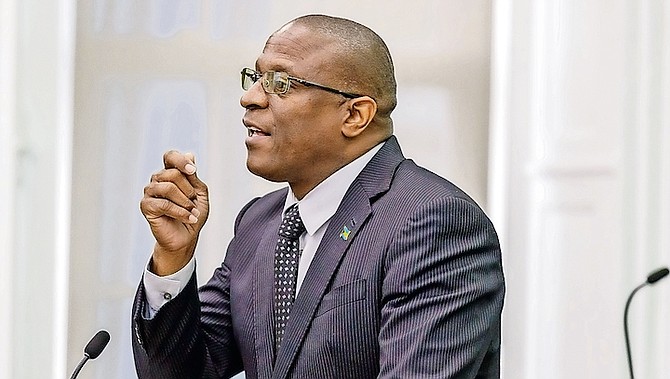 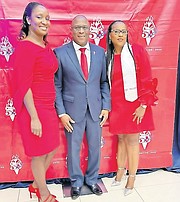 FREE National Movement leader Michael Pintard said far too many women and girls are being abused in domestic situations and that “chauvinistic” laws must be changed.

“That has to be addressed,” he said. “And contrary to what many people may think, rape could occur in marriage.

“So, it cannot be right that a woman can press charges for being brutalised, punched, kicked, slapped in the marital situation, but she cannot press charges when she feels she is being violated because her life is at risk.”

Mr Pintard was speaking at the Grand Bahama FNM Women’s Association installation banquet on Sunday held under the patronage of his wife, Berlice Pintard.

Mr Pintard stressed that wherever women and girls are put at risk and in difficult situations, politicians must speak up.

“We must not permit politics to trump our voice to silence us. We must still be able even at little risk to say that some things have to change in how we govern,” he stated.

In terms of women’s health, Mr Pintard said women and girls are challenged simply to get a mammogram because required equipment is either not working or available at the Rand and at Princess Margaret Hospital.

The FNM leader said that National Insurance is another area where many women are facing challenges.

“The day has come for us to transform National Insurance. We are talking to far too many women who are saying they are unable to get the benefits/resources they are deserving in the passing of their late husband,” he added.

On the issue of citizenship, Mr Pintard said a woman, whether single or married, should be able to seamlessly pass on her citizenship to her child.

“The bias that exists within our laws and within our culture we have got to fight the chauvinism and sexism, and the political interference that prevents it - we have work to do,” he stressed.

Mr Pintard said the FNM has lots of work to do. He indicated that violence in society continues to increase, adding that murders have surpassed 120 for the year.

“This government was not ready on day one, and it is not ready now and we must make sure that we retire a number of them.”

Mr Pintard said Bahamians are struggling while those elected to govern on Grand Bahama are about taking pictures and travelling around the world.

“You have to deal with the bread-and-butter issues that our people face in GB - people are crying out for answers,” Mr Pintard said.

“It is only three of us right now in GB. We need two more. We charge you FNMs to bring us two more and expand the margin of three we have already. In 2026, the FNM will be back in government,” he said.

Changing the law can't happen. Too many priests and politicians use this to stay out of jail. Any idea how many nasty, disgusting rapists we have in positions of influence and power? Mussy be plenty dem 'cause this topic always jumping the tracks.

Mr Pintard and his FNM Government had the opportunity to fix all of these issues , they did not . Now he has all the mouth , Mr Pintard of toggie and boggie will say anything if he believes it will give him power no shame