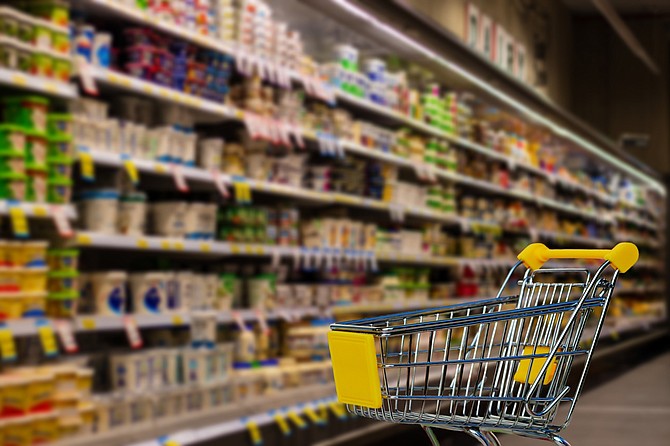 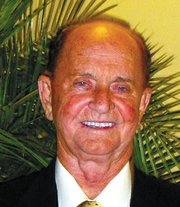 Rupert Roberts told Tribune Business the Government’s inspectors had initially sought to confiscate all merchandise in 19 mostly pharmaceutical product lines from his Golden Gates store to check for potential violations of price-controlled margins and mark-ups implemented more than one month ago.

However, after taking legal advice from John Bostwick, attorney for the Retail Grocers Association (RGA), the Super Value chief said Price Control officials relented - and took just two samples of each item - after he warned that the group’s 130 food merchants would “close our stores and stay closed until Christmas” over the unwarranted mass product seizure.

Asserting that inspectors had “for the past 50 years” always taken just one sample of a product under investigation for price control breaches, Mr Roberts told this newspaper that any non-compliance with the revised pharmaceutical mark-ups - agreed with that sector more than one month ago - could not be blamed on food retailers.

He added that Super Value had been “begging” the Government for weeks to provide it with the revised pharmaceutical margins and mark-ups, but this was only received by the 13-store supermarket chain last Thursday. As a result, it had just three to four days to make the necessary price adjustments in its systems and on shelves before the inspectors came calling.

Asserting that this was insufficient time to make any changes, Mr Roberts conceded that medicines such as Panadol may have exceeded price control limits by 31 cents but argued that this was not Super Value’s fault as it had been kept in the dark on the revised pharmaceutical margins through no fault of its own.

Super Value was not the only food merchant to be visited by price control inspectors yesterday. Mr Roberts said they also called on Philip Beneby, the Retail Grocers Association’s president, and his Courtesy Supermarket business on Carmichael Road. However, neither Mr Beneby nor Mr Bostwick could not be reached for comment before press time last night despite numerous attempts by phone and What’s App.

Tribune Business was last night told inspectors found the stores they checked to be largely compliant with the revised margins and mark-ups on breadbasket and other food items. However, they were said to have found violations on some pharmaceutical items and these products were confiscated.

“Some were in our stores yesterday [Monday],” Mr Roberts said, disclosing that price control inspectors appeared at Super Value’s Winton store but did not take any items. “Then they had an early morning meeting and came into our stores with the managers this morning when they opened. The head of price control was in Golden Gates.

“I said that if you take our merchandise, the Retail Grocers Association will close our stores. We may sell-off the perishables, and stay closed until Christmas. If they would have taken our merchandise, John Bostwick told me to shut the stores. All the grocers would have shut their stores. Bring the merchandise back and we will open back up. He backed off.”

Mr Roberts said Price Control had initially sought to take the entire inventory for those 19 pharmaceutical items, such as 200 boxes of Panadol. Revealing that inspectors eventually departed with two samples of each item, he added that this represented a departure from traditional practice where normally only one was required.

The Davis administration appears to have been provoked into a price control enforcement crackdown by other media reports suggesting the food distribution industry was not complying with the revised margins and mark-ups that became law on October 17, 2022, via the inclusion of the relevant regulations in the Government gazzette (see other article on Page 1B).

The move threatens to reignite a controversy, and dispute, that was ignited in mid-October by the Prime Minister’s national address. Philip Davis KC unveiled a sweeping expansion of the price control regime for foods and medicines as the Government sought to better protect middle and lower income Bahamian families from soaring inflation that has sparked a cost of living crisis for many.

However, the expansion was announced without any consultation with the impacted industries. In particular, the move blindsided Bahamian food merchants and their wholesale suppliers. They warned that the 38 categories selected for price control expansion included more than 5,000 product line items, and would lead to between 40-60 percent of a retailer’s inventory becoming price controlled with mark-ups below their cost of sales, threatening their very survival.

A series of meetings between the Government and food distribution industry followed, with the private sector presenting alternative proposals it believed will achieve the administration’s aim without undermining the sector. However, no further formal talks have been held since just before Hurricane Nicole in early November, with the Government yet to respond to the industry’s last offer.

As a result, food merchants and wholesalers have taken the position not to implement the new price control regime because negotiations are still ongoing and have not been concluded. But the Government’s position, as stated by Michael Halkitis, minister of economic affairs, is that the new regime has been gazzetted and is now law, and the private sector must comply even though talks remain. Dragging out discussions will not be permitted as a cover for non-compliance.

A stand-off thus appeared to have taken hold, with the Government making no concerted effort to enforce the new regime despite its tough talk until this week. While the pharmaceutical industry reached an early November agreement with the Government, with set mark-ups at 20 percent and 40 percent for wholesalers and retailers respectively, Mr Roberts said these changes were never readily passed on to the food merchants that stock these products too.

“The 19 items they took were HDA, pharmaceuticals, milk and magnesia and that stuff,” he told Tribune Business. “We were working on 33 percent gross, and they have pharmacies 26 percent. We’ve been asking Price Control ever since that happened to please give us a list of pharmaceutical price controls. We got it last Thursday, and had just three to four days to consider what to do.”

Pointing out that the Government’s agreement with the pharmaceutical industry was reached some four to five weeks previously, Mr Roberts added: “After us begging for it, it took five weeks to get it to us and they expect us to have it implemented in five days.

“I think they’re a little harsh on us. They didn’t give it to us when we asked for it, yet they know we carry milk and magnesia, Tylenol and Panadol. Why didn’t they push it to us so we could comply? We would have complied with that. We were 33 percent and they came down to 26 percent. We didn’t know that because we didn’t have the schedule.. If we had known what was going on, and what had been agreed by the stakeholders, we would have already complied.”

Mr Roberts said other food store members of the Retail Grocers Association were also likely to have been caught unawares as he hit out at the Government’s failure to respond to the industry’s latest offer that remains “on the table”. He added: “They walked away from us, which I think is very poor governance from government. We talked about negotiating in good faith, not negotiating through the press and all that good stuff, and this happens to us.

“The Association believes they’re not going to call us back into further discussions, and we told them we couldn’t comply. It could never work. It would wipe out our profits and put us below expense levels. They have to understand that. They cannot ask us to suffer that for six months because in six months three-quarters of the members will not be here. They will have packed up, gone and be history.”

The food distribution industry has consistently argued that the expanded price control regime, besides threatening hundreds of industry jobs and the very survival of many operators, could result in food shortages as retailers/wholesalers decline to stock loss-making items while also increasing prices on non-controlled items, thereby further fuelling already soaring inflation.

Mr Roberts, meanwhile, argued that Price Control “can’t complain about us” given the forward bulk buying that Super Value has engaged in to mitigate food inflation’s impact on Bahamian consumers. Pointing out that this has tied up both cash flow and warehouse space, he added: “I bought a year-and-a-half of each brand of corn beef so we would have cheap corn beef.

“I’m selling corn beef at a year-and-a-half ago’s price. I’ve protected the country and now they come. I’ve tied up money and my warehouse space.” Mr Roberts said advance bulk purchases of corn beef, cooking oil and other staples had cost between $250,000 to $500,000.

Well, their system works very fast to increase prices, but it is a very complicated blockchain crypto algorithm to reduce prices.

That said, the government has handled this price control issue very poorly, and seems oblivious to the fact that there is an increasing number of private citizens and cprporate entities who successfully sue the govt in many areas.

The taste of emergency powers must have gotten to the price control operators.

Super Value could afford to shut down, and send a lot people hme for christmas with a nice severance package.

This is so true! I can't count how many times you see an advertised price only to come to the cash register and get charged something completely different.

Mr Roberts the war for you will be a consumer war some have threatened to shop at Chinese stores , be careful Mr Roberts the consumers can make or break you

THE FELLOW WHO TOLD you to close the store just after he and the doc and the rest of them got all the food they want that man is no altar boy, the hands are not clean Mr Roberts you spite the people and you will loose also,

Gobment wants you to pay taxes, staff wants salary increases, customers want cheaper prices , and SuperValue wants profit. Community charities want donations and junkanooers want donations. Everyone wants something, and The government wants to controll prices. Dang, this place is going down fast. Oh, at least 200 of us can go to a 70 million dollar complex and watch a baseball game.

PLP's are gangstas. And they truly think they know what they are doing. OMG they are teenagers with testosterone who suddenly believe they are all grown up. Sad because they are breaking down every pillar of our society one pillar at a time.

The Govt needs to call his bluff. His foodstores, the pharmacies and the private hospital made all sorts of profits during the pandemic and every time a storm is threatening to strike he makes even more yet all he does is moan and complain. For once can there be a headline where he gives something back to the consumers who continue to enrich him.

In the late 70s and early 80s, it was still possible to purchase 2 dozen eggs for $1.00; directly from the farms. Today $1.00 might get you 2 eggs, if you're lucky. The prices everywhere are ridiculous. How many producers we have left in this country producing eggs? Something's sinister about all these charades (so call crisis).

Shut the stores down; I need to lose weight. That shrinkflation is working. The daggone lettuce is smaller than the last batch and more expensive. The head of lettuce is as big as a softball. The world is changing. The products are smaller or less product and cost more. It is truly twisted.