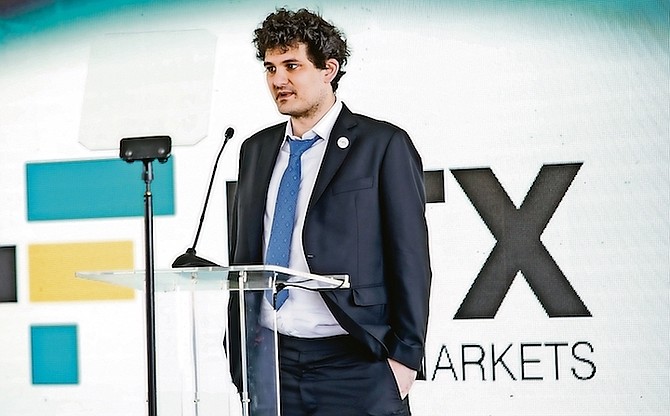 US HOUSE Financial Services chair Maxine Waters dispelled reports that she is not willing to subpoena former FTX CEO Sam Bankman-Fried, stating that it is “definitely on the table”.

America media outlet CNBC had published a report that the US Congresswoman told “the panel’s Democrats she doesn’t plan to subpoena” Mr Bankman-Fried to testify at a hearing on December 13.

“Waters informed committee members of her decision at a private meeting Tuesday with Securities and Exchange Commission chair Gary Gensler on Capitol Hill, these people said, declining to be named in order to speak freely about the private discussion,” CNBC reported.

In a US House Committee on Financial Services statement released last month, the US congresswoman announced the schedule for December which included the full committee convening for a hybrid hearing entitled “Investigating the Collapse of FTX, Part 1” on December 13.

On Wednesday, however, Mrs Waters responded to the reports on Twitter.

She tweeted: “Lies are circulating @CNBC that I am not willing to subpoena @SBF_FTX. He has been requested to testify at the December 13th hearing. A subpoena is definitely on the table. Stay tuned.”

Mr Bankman-Fried is in The Bahamas and has been in the country for the last year.

Mrs Waters and the former CEO have cordially tweeted each other over the past few days about Mr Bankman-Fried testifying. The disgraced crypto giant founder has said he is still “learning” and “reviewing” what led to his company’s collapse.

She tweeted about his willingness to speak on the matter.

“We appreciate that you’ve been candid in your discussions about what happened at FTX. Your willingness to talk to the public will help the company’s customers, investors, and others. To that end, we would welcome your participation in our hearing on the 13th,” she wrote last Friday.

Mr Bankman-Fried responded via Twitter on Sunday: “Rep Waters, and the House Committee on Financial Services: Once I have finished learning and reviewing what happened, I would feel like it was my duty to appear before the committee and explain. I’m not sure that will happen by the 13th but when it does, I will testify.”

Mrs Waters said it was “imperative” he attend the hearing.

“Based on your role as CEO and your media interviews over the past few weeks, it’s clear to us that the information you have thus far is sufficient for testimony,” her tweet read.

“As you know, the collapse of FTX has harmed over one million people. Your testimony would not only be meaningful to Members of Congress, but is also critical to the American people.

“It is imperative that you attend our hearing on the 13th, and we are willing to schedule continued hearings if there is more information to be shared later.”