No change in electric disconnections yet after bills increase 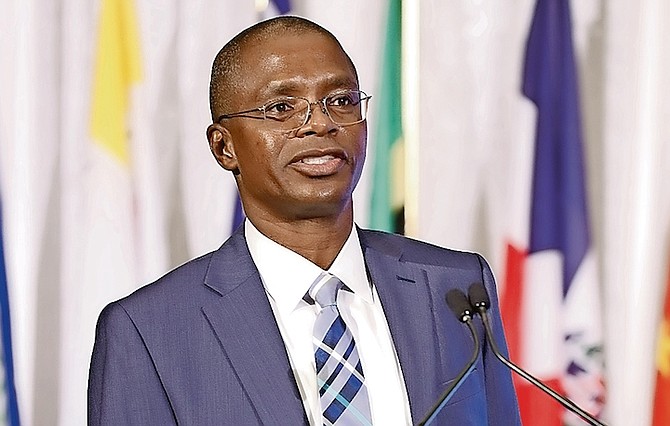 THE recent hike in electricity bills has not affected the rate of electricity disconnections, according to Bahamas Power and Light CEO Shevonn Cambridge who revealed yesterday that monthly disconnections continue to hover around 1,400.

In October, BPL announced an increase to its monthly fuel charge which was reflected in consumers’ electricity bills last month.

Customers that consume less than 800 kilowatt hours (kWh) of electricity per month will see their fuel charge rise via a series of rolling two cent quarterly increases, while for those using more than that threshold it will be a 4.3 cents per kWh quarterly leap.

Asked yesterday what the feedback has been so far since rates were increased, Mr Cambridge said: “Actually, I haven’t received any negative feedback, to be honest, maybe people just don’t want to tell me.”

“So, the bills basically, as I tell people, is a combination of a base rate that hasn’t changed since 2010, and the fuel charge which was changing monthly up until 2020 and so it was held constant from then until the recent reversion back to now the glide patch strategy.”

Mr Cambridge continued: “So it’s just a matter of multiplying your consumption times the base rate and the fuel, so the only thing hasn’t changed if your bill is going down, and that means the consumption went down and that was what we anticipated, and that’s what most consumers are experiencing.

“But the added bonus in there, though, is that the VAT threshold has been raised to $400 and so basically, like in my personal light bill, the VAT concession has actually absorbed the increase from the field until my overall bill was actually lower.”

There has been speculation as to whether disconnections would increase over the next few months since the hikes were phased in.

However, Mr Cambridge said BPL’s disconnection rate has remained the same, while also revealing that there are no current plans to increase disconnections.

He also said: “I was asked this question by a reporter a few weeks ago, and the answer was somewhere on average, we have about 1,400 to 1,500 disconnections per month. But, like I said, it’s a rolling cycle. We disconnect you today and you come in tomorrow you pay. So at any given point in time, there’s maybe 1,000 people who are disconnected.”

Yesterday, Works and Utilities Minister Alfred Sears reminded the public that bill increases will only be temporary and are expected to come down over the next 12 to 18 months.

In the meantime, he added, the government will continue to move forward with its plans to harness renewable energy to help cut down on electricity costs.

Mr Sears added: “Consistent with the government’s policy to incorporate renewable energy sources in the power generation, the government has approved the construction of a 60-megawatt solar plant to be constructed in New Providence and this project approved by the NEC is well in the design stage and in consultation with the Ministry of Works, the developer and also in consultation with BPL as well as with URCA.”

“Further, the government has borrowed from the IDB $80m for the reconstruction of critical energy infrastructure and restoration of electricity services in islands heavily affected by Hurricane Dorian while facilitating the integration of renewable energy on various Family Islands.

“And in addition to the $80m from the IDB, the European Union has also granted $7m as a grant to support this initiative of the government and this initiative will involve the installation of solar grids in Acklins, Crooked Island, Inagua, Mayaguana and Long Cay as well as Abaco, East Grand Bahama.”

With respect to Grand Bahama, the minister said the island’s power company has also committed to incorporating renewable energy in the power generation there.