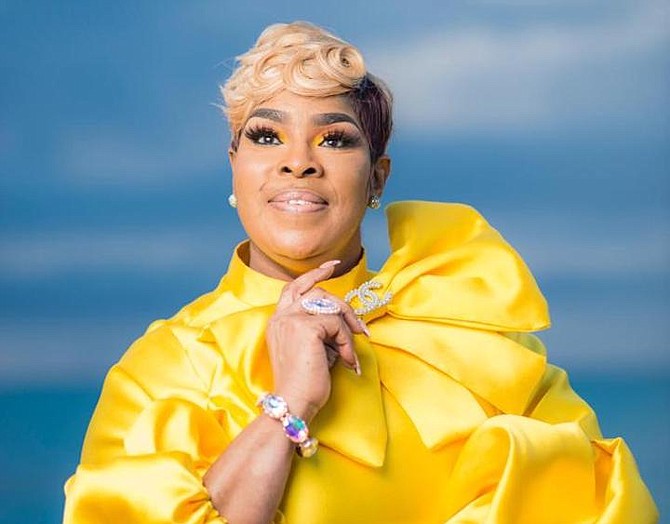 BEFORE she was married, Apostle Shantell Ferguson made a personal vow that were she ever to be the victim of infidelity in her marriage, it would be a deal-breaker; she would leave her husband in a heartbeat, no questions asked.

However, when confronted with her husband being unfaithful not once, but twice – and each affair producing a child – Shantell did the exact opposite of what she had vowed. She chose the hard yet ‘fulfilling’ road of marriage recovery, allowing God to use her unique trials to minister to all those facing rocky marriages. 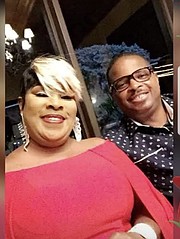 Shantell and her husband, Nathaniel.

Shantell, who leads Divine Purpose Kingdom Ministries International, chronicles this journey of how God restored her marriage, and built a bridge for her to have a relationship with the two children her husband Nathaniel fathered out of wedlock, in her new book, “Broken But Not Forgotten”.

The book, she said, will encourage women who are in difficult marriages to have faith that God can heal, restore and turn their situation around for good.

However, it takes faith and endurance.

Shantell and her husband got married after dating for a year and a half in 1986. She was only 17-years-old at the time while he was 19.

Young and blissfully in love, the couple decided to tie the knot and embark on what they believed would be a martial journey unscathed by outside forces. Everyone was going fine until her husband unfortunately transgressed.

“I had found out that he had been seeing another woman. He denied it initially but then the baby came along. In spite of this, I never left him. I stayed. I kept on doing my wifely duties,” said Shantell.

Her decision to stay with her husband was mocked by friends and family. She felt a great deal of embarrassment and dismay.

“People mocked me and my situation. They had me for the laughing stock. They would say I was stupid and a fool for staying with my husband. However, I dedicated my life to God and kept on trusting him with my life,” she said.

This was a painful time in her life. Many times, she would go to the beach and cry.

“At the time, my husband tried to make up for what he was doing by purchasing expensive gifts, however, I didn’t want the things. I wanted him. I wanted my husband,” she said.

After the first affair ended, her husband transgressed for a second time with another woman. This also resulted in a child.

Shantell learned about the second second affair and at this point her heart had fully turned away from her husband.

“We never separated but I started to live unattached from him and what he was doing. At this point I got really lost in God. My entire focus was on God, and in doing this my emotions started to shift. I became less concerned about what my husband was doing and more concerned with what God wanted me to do,” she said.

“God had showed me during this time that I had my husband as an idol. He was on a pedestal. He was my world and had all of my attention, when in fact that is the position that only God is supposed to be in.”

Becoming grounded spiritually, she said, was the shift she needed.

“God spoke to me and said, ‘When you draw your attention to me, your husband will draw his attention to you.’ And in my obedience that was what happened. The turn-around began just as God said,” she explained.

“The problem I see, a lot of women and wives do this, they make their husband an idol. They put him on a pedestal and many times God will show us just how imperfect these people are and allow them to hurts us just to show us that he is the only one we should have on a pedestal,” she said.

After God brought about the change in their marriage and gave Shantell the strength and wisdom to have a healthy relationship with the two daughters her husband had with other women, another miracle of sorts took place.

“I ended up praying for both of the women. The first woman my husband had an affair… life had taken a very bad turn. We ran into one another at a book store. She apologised to me and broke down in tears. She was in distress. She had been battling some things in her life. So right in the front of the book store I held her tight and prayed for her. We both started crying. It was such a touching moment. I felt the power and presence of God in that moment. In that moment I knew God had graced me with a supernatural ability to love. I could not have done that in my own ability. With God all things are possible,” she said.

Shantell said life can be summed in one scripture: “Love conquers all.”

Today, she uses her experiences to help other women and couples facing difficult times and those navigating the waters of infidelity. Her ministry has been a blessing to many marriages.

Her repentant husband has also been her biggest supporter.