PRESIDENT Joe Biden pays his respects to former Senate Majority Leader Harry Reid in the Rotunda of the US Capitol as Reid lies in state in Washington yesterday. Photo: Bill Clark/Pool via AP

THERE’S an old saying: what goes around, comes around. It means that if you do something today, there may well be consequences down the road. You may be well pleased now with the results of what you did, but in the future, maybe you won’t be so happy.

A couple of recent American political developments bring this to mind. First, long-time Nevada Democratic senator and Obama-era Senate Majority Leader Harry Reid passed at the end of December. Known for a childhood spent in desperate poverty and his boxing prowess as a young man, Reid also is remembered for invoking the “nuclear” option to change Senate rules in November 2013.

At that time, Reid and President Obama were increasingly frustrated by Republican obstructionism and unwillingness to confirm presidential nominees to the courts, to embassies overseas and in some cases, to senior political jobs in Washington. So Reid went “nuclear” and changed Senate rules to permit confirmation of those nominees by a simple majority vote. It worked well, at the time.

McConnell often reminded the Democrats they had started it all, back with Reid in 2013.

Now the Democrats are poised to go down the same road again, on a different issue. This time, the issue is voting rights. The House of Representatives has passed a couple of bills that would basically invalidate the measures taken in nearly two dozen states in 2021 that appear to be attempts to restrict access to the polls in upcoming elections by likely Democratic voters. Often, voter registration procedures have been tightened to make the process more difficult. Mail-in and drive-through voting, as well as same-day registration, have also been curbed in several states.

On Tuesday, President Joe Biden declared his willingness to invoke the nuclear option to facilitate Senate passage of the House voting bills by a simple Senate majority – not the customary 60 votes. Maybe that will work. Progressives and liberal pundits certainly think it is necessary. But both McConnell and Texas senator Ted Cruz have warned if the Dems pursue this course, there will be consequences once the Republicans retake control of the Senate. Just like in 2017.

Two things: first, Biden & Company will have a tough time rounding up even a simple majority for the House voting bills. It is not certain all Democratic senators will support them. But the mere attempt will open the door for future Republican machinations. And when the Republicans get back in power, they will remind everyone they warned of the consequences of what Biden is now proposing.

Who knows what mischief the GOP might have in mind by then? 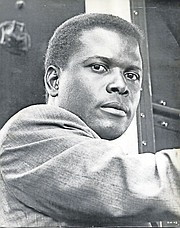 A part to play and not just on the screen

Sidney Poitier, KBE, died in Los Angeles a week ago. Born in Miami to Bahamian parents, Sir Sidney grew up on Cat Island and in Nassau. He was sent to live with a married older brother in Miami as a teenager and spent most of his life in the US, holding both Bahamian and American citizenship.

As the tributes continue to pour in for this accomplished and transformational man, it is fair to wonder in which country he had the greatest impact. In the minds of most Americans, the answer is clear. This winner of two Academy Awards and a Grammy was most significant in the US.

Tall and handsome, Sir Sidney probably reached his peak as an actor in the late 1960s, when he starred in three highly successful, much-awarded movies. He was, and intended to be, a trailblazer. He often spoke of his desire to move black roles in American movies away from stereotypical servants or villains.

Many writers have recalled Poitier’s determination to use his fame and Hollywood star power to alter how black actors were viewed in the American movie industry. The peak of that star power occurred at the time the US was driven by President Lyndon Johnson’s determination to end a century of post-Civil War racist bias by ramming through Congress epochal civil rights legislation.

As a result, the roles and performances of Sidney Poitier made a real impact on American society at a time of tumultuous change.

The Washington Post’s lead movie critic wrote the following in the days following Poitier’s death: “He is understandably being celebrated as an icon of cinematic representation and reassurance. But those values coexisted with a rage that feels as palpable and galvanizing today as it did half a century ago.”

In the 1967 hit movie “In the Heat of the Night,” Poitier played an experienced detective helping a Mississippi sheriff with a tough case. At one point, a local businessman slaps Poitier’s character for perceived impertinence. Sir Sidney slaps him right back. Movie history was made. And maybe more.

We have now arrived at “wild card weekend” in the NFL season. This is the first weekend of the post season play-offs, and it’s the chance to shine for the underdog teams that make the playoffs without having won their division titles. It seems like every single NFL broadcaster on American TV has said: “This weekend is my favourite weekend of the sports year!!” It’s not for nothing that they say that. It is indeed a pretty good time to be an American football fan.

But first, the Dolphins did a foolish thing the other day. They fired their head coach Brian Flores. It was foolish not because Flores is black and his dismissal led to another avalanche of punditry lamenting the treatment of black coaches in a league clearly flourishing on a foundation of black talent – though the loss of another black coach is indeed a discouraging development. The reason Flores’ departure is foolish is that he is a good coach and the Dolphins may well have been on the right track under his leadership.

Flores finished with a 24-25 record and no play-offs in three seasons in Miami, but the team was developing an impressive defence and its quarterback showed some resilience and skill this season. There’s lots of speculation about why the owner chose to dismiss Flores instead of GM Chris Grier; sports pundits are jumping to criticize owner Stephen Ross’ choice. Most observers think Flores will get another head coaching opportunity, perhaps even this off-season. And the bet here is that he will make Miami regret its choice.

Meanwhile, in a truly amazing last game of the regular season, the Las Vegas (formerly Oakland and Los Angeles) Raiders edged the Los Angeles (formerly San Diego) Chargers in an overtime game in which a tie result would have seen both teams reach the play-offs. Many wondered why the Raiders took some risks to win when a tie would have guaranteed their play-off berth. Perhaps the reason is they will now face Cincinnati in the first round on Saturday instead of Kansas City. And it says here the Raiders chose well, and will upset the Bengals, for all of whose young stars this will be the first post season.

Elsewhere in the American Conference, favoured Buffalo’s greater experience at quarterback and playing at home should see them past the Patriots and legendary coach Bill Belichick, and Kansas City probably won’t cover its 13-point betting edge over Pittsburgh, but should finish Steelers QB Ben Roethlisberger’s long, successful career with a loss.

In the NFC, the defending champion Buccaneers should eliminate the surprising Philadelphia Eagles on Sunday, but won’t cover their nine-point betting edge. And the Rams should reap the rewards of all their in-season star signings by winning their third match of this season with Arizona. But the Dallas Cowboys, still often described as “America’s Team” despite having won no championship in 25 years, will be the second home favourites to stumble in the first round. Their visitors from San Francisco, like the Raiders, are emerging hot from a strong division race and should ambush the Cowboys.

Charlie Harper is a biased Socialist Democrat bootlicker. The failures of Joe Biden and his Socialist Democrat partners are obvious. Feeble and incoherent, Biden continues his rapid decline for all the public to witness. The Emperor has no clothes Charlie.

Politically slanted "Columnists" such as Charlie Harper are allies in the widespread attempts to rescue the unpopular Socialist agenda and work hard to deceive readers. There is no better example of the biased political slant than this - "Who knows what mischief the GOP might have in mind by then?" -

The Tribune can and should do better.

I cannot understand why The Tribune continues Harper's biased reporting every week. It is far from objective. We do not need a column on U.S. affairs. People can turn on American television or go online to the U.S. news websites.