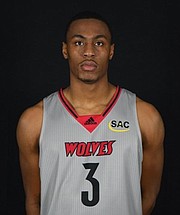 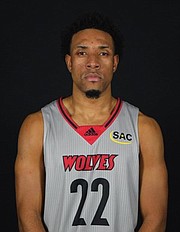 SHERMAN Robinson scored a season high as his role increases with the Newberry College Wolves in NCAA Division II basketball.

Robinson, a Grand Bahama native, is one of two Bahamians on the Newberry roster alongside Malik Joseph out of Eleuthera. Joseph got the start and finished with two points and four rebounds in 13 minutes. The Wolves fell to 6-7, 6-5 in the South Atlantic Conference.

Following the loss to LMU, the home matchup against Mars Hill was postponed and will be made up at a later date to be determined, due to COVID-19 protocols.

The Wolves will look ahead to a January 15 matchup against Catawba College. Robinson’s season high effort against LMU came after he finished with eight points and a team high seven rebounds in a 66-65 win over Lenoir-Rhyne. His past two appearances have been his best of the season and the only games where he played in double figures minutes for the first time in the programme. He is averaging 3.9 points per game.

The 6’8”, 215-pound swingman is a product of the St George’s Jaguars and followed at Legacy Early College Lions in Greenville, South Carolina.

Joseph, a 6’3” guard, came to Newberry following his senior season with the Southside Christian Sabres in South Carolina in the state’s 3A - private school class.