DIANE PHILLIPS: Why it is so hard to back pedal and so necessary now 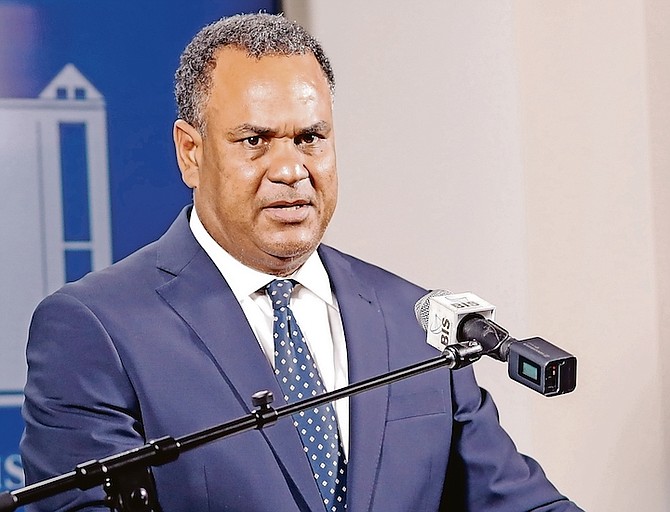 FROM the time we are old enough to walk, we put one foot in front of the other, moving forward. Statistics tell us the average person walks about 3,000 to 4,000 steps or about 1.5 or two miles a day, a little less as we age. Unless we are engaged in specific athletic training, like running up and down a staircase or backing up to catch a football thrown deep, the steps we take propel us forward.

So habit makes it hard to back pedal, but sometimes it is the only way out.

That’s the case this week in the real property tax brouhaha.

Rarely has this column delved into anything political. Occasionally, we wish a new government well, share our thoughts on a few priorities, but for the most part, the column looks at other parts of our lives and our world, leaving politics for others and steering a steady course of trying to understand what makes us tick, what creates unity or division among us, why we laugh or cry or treasure special people and hold on to special moments.

Today’s column has none of that sentimentality. It’s straight business and it deals matter-of-factly, without political prejudice or prudent hesitation, with the need to back pedal to move forward. It does so with the best wishes for the success of this government because its success means a healthy few years for the people of The Bahamas. We understand the plight government is in and the urgent need to raise revenue. But being in the PR business for more than 30 years, I know the value of owning a mistake, correcting it and moving on.

People like to blame, but they love to forgive.

The issue is a current one that hits every property owner in the country smack in his or her pocket. It’s a pocket already feeling the pain. The pain of less income, emptier shelves, higher fuel, food and supply prices. The pain of trying to make it in a world trying to make it, individuals trying like the rest of the individuals and businesses and institutions around them trying to survive in a world that is not quite post-pandemic but trying to get there. And into the mix, the government throws whopping increases in real property tax. For some, whopping does not even begin to describe it. Two, three, four times what the tax was just a year ago. If it were only the amount of tax, that would be a battle that each individual or business could address on his, her or its own. But the means by which the tax was assessed is what caught the attention the 800-member Bahamas Real Estate Association (BREA) this week which rose up and flexed its muscle like never before.

On January 26, BREA, after consulting its attorney, issued a strong statement advising the Department of Inland Revenue to take back the tax bills sent last week based on the fact that the new property valuation mapping was performed by a foreign company not licensed to do business in The Bahamas. Under Sections Four and 13 of the Real Estate (Brokers and Salesmen) Act 1995, only Bahamian citizens or residents with the right to work can be licensed by BREA as appraisers. The Department of Inland Revenue, however, retained a US-based firm called Tyler Technologies to conduct the valuation of properties for real property tax reassessment purposes. Tyler is no small fry. A publicly traded company with more than 5,000 employees, its share price midday yesterday (January 27) hovered around $433. The problem is not the company, the problem is that the government, in an attempt as the Minister of Financial Services Michael Halkitis, to find a cure for its own dire financial circumstances, walked a path from which it now must back pedal in order to move forward.

There is more to this story than the reaction to the bills and the responses that followed this week.

The issue underlying the recent iteration goes back a decade and for decades before that, there was talk of the need for a national land registry and proper valuations of property. The former Christie administration made a stab at it, if sources tell me correctly, attempting to offer a contract to one local company we’ll call Company A which, it turns out, was a friend of the administration and properly licensed but did not have the capacity to carry out the work. So Company A offered 50 percent of the proposed contract to another company we will call Company B, if they would do the work and Company A would sign off on it. Company B apparently told them where to take the offer.

Thus, the real problem has a history that goes way deeper than a Texas-based company being called in to do what a Bahamian law apparently reserves for BREA-licensed appraisers. This week’s brouhaha lays bare the raw wounds of the lack of a national land registry and access to records for all. It lays bare a system mired in history much of it still on paper, instead of looking into the technology that would allow instant access. It lays bare a system that continues to protect attorneys whose bread and butter is real estate transactions rather than relying on title insurance and the attorneys who spend tireless hours researching or having their assistants research say they frequently find fault in deeds that only a human eye can spot. Yes, we know that the government is moving toward greater online access to services but in reality, how much has changed in some areas? For more than 15 years, I have written to and advised the same Department of Inland Revenue that we sold a property for which I am still receiving annual bills. I’ve sent copies of all documents and reminded them repeatedly that even if we owned it, we would not owe taxes as it is an empty, undeveloped lot and we are Bahamian.

The bottom line is the land management and registration is handled on an ad hoc basis. Someone wants to sell, someone wants to buy, attorneys scramble to see if there is any reason why the two should not be united, something a land registry, title documentation and online access would resolve almost instantly.

We all agree – the government needs funds. But people are more likely and prepared to pay bills they believe are fair and just. They resist injustice in invoices like the double, triple and more increases in property tax just as much as they would if a storeowner tried to charge $5 for a tomato or $22.99 for a 5lb sack of potatoes. We wouldn’t buy it and we are not buying the valuation mapping by a foreign company that does not know The Bahamas, cannot possibly be attuned to the nuances of various streets and neighbourhoods, did not visit the individual properties they assessed and is not licensed by BREA.

Football players do it all the time. To improve their game, they practice running in reverse for the long catch. The Minister and top management at DIR have the same opportunity. Back pedal. Take a deep breath, appoint qualified Bahamian appraisers giving various firms a chance to participate in the national exercise of right-valuing property and then gently increase rates for greater compliance. Like the football games of the last weekend, the winning points will be scored not by what you did first but what you brought to the field of play last.