Cable beats target by $50m on ‘largest ever refinancing’ 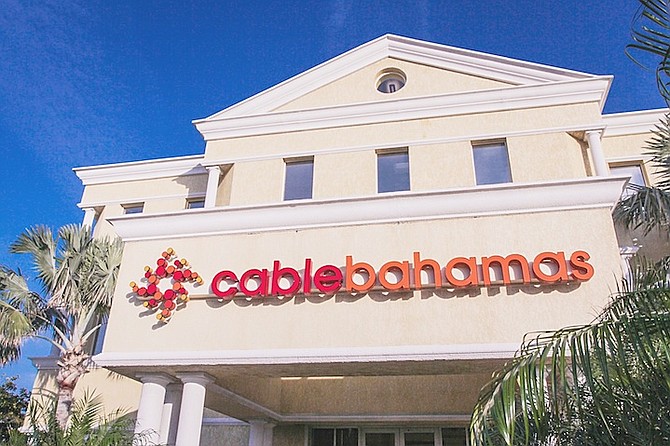 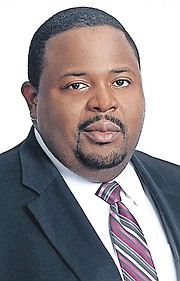 • Move ‘beds us down’ financially for immediate term

Cable Bahamas yesterday revealed it beat its preference share rollover target by $50m as it hailed completion of “the biggest refinancing the market has ever seen”.

Franklyn Butler, the BISX-listed communications provider’s president and chief executive, told Tribune Business the outcome will “bed us down for the foreseeable future” after the extra debt capital transformed the $169m refinancing into a total $219m raise.

While Cable Bahamas’ Board still has to determine whether it will retain the extra $50m, he said the extended preference share maturities produced by the rollover “give us some breathing room” to focus on operations and improve the subscriber experience with the company’s balance sheet restructuring now largely finished.

Mr Butler told this newspaper that, having locked-in long-term capital, Cable Bahamas can now “plan our cash flow moving forward” and concentrate on investments such as the $80m-$85m roll-out of its New Providence fibre-to-the-home (FTTH) network that is due to begin imminently.

And, with the new lower-rate preference shares set to generate $500,000 in annual interest savings, he added that the company is also concentrating on generating “a decent return” for equity shareholders who he conceded have been “on a long ride” waiting for Cable Bahamas to return to profitability, which occurred in the quarter that finished end-March 2022.

“We’re very pleased with the progress of the preference share offering,” Mr Butler said. “I think we got all of it to roll over, save and except around $7m, so it was a pretty impressive refinancing. I think it is the biggest refinancing the market has ever seen, and we got an another $50m which we’re considering whether to keep. We got about $219m in total.

“Just based on what we’ve done to clean up the balance sheet with the Summit transaction, and the other things we’re doing to create investor confidence that we are on track, we’re very proud of our efforts to get where we are. We expect that this will bed us down for the foreseeable future.

“We’re still unclear what will happen with 5G and key advances in future technology, 5G, 6G, but from what we can see at this stage of the game this gives us a path over the short and medium-term.” Michael Anderson, president of RF Bank & Trust, which acted as Cable Bahamas’ financial adviser and placement agent for the refinancing, yesterday told Tribune Business that investors elected to redeem just $7.3m of the existing preference shares.

Those investors will see that sum returned to them in August. Mr Anderson explained that RF Bank & Trust, as the refinancing’s underwriter or guarantor, will replace the $7.3m itself so that the full $169m is rolled over - a better outcome than expected, given predictions that investors would likely redeem between $16.9m and $25.35m.

“RF Bank & Trust basically underwrote the whole offering on behalf of Cable Bahamas,” he added. “It was the first offering we have underwritten for some time, and definitely the biggest one that we’ve underwritten. We’d anticipated that between 10-15 percent of the offering would choose to redeem, and we were happy that, at the end of the day, only $7.3m chose to redeem.

“We felt it was a credible performance on Cable Bahamas’ part that, despite the quarter percentage point drop in the rate on both series, only $7.3m was redeemed. It’s by far the biggest financing that has taken place in The Bahamas for a non-government entity; a private company.” Mr Anderson identified the previous largest financing as Nassau Airport Development Company’s (NAD) $139.1m debt rollover in 2018.

The refinance involved Cable Bahamas’ Series 6 and Series 9 preference share tranches, which will be replaced by the Series 15 and Series 16 - both of which will carry interest rates some 0.25 percentage points below current coupons.

Together, the two series represented 64 percent or almost two-thirds of the total $264.149m preference share debt on Cable Bahamas’ books at end-March 2022. The Series 6 interest coupon will drop to 5.5 percent from 5.75 percent due to the refinancing, while that for the Series 9 will fall by the same margin to 6 percent.

Mr Butler, meanwhile, said Cable Bahamas can focus on its operations and extracting greater shareholder returns with the preference share refinancing now complete. “That’s our big focus, fibre-to-the-home and continuing to increase market share, and really looking at synergies between Cable and Aliv and unlocking as much value as we can for shareholders,” he told Tribune Business. “That’s our big focus for the next couple of years.

“We don’t anticipate any other significant financing activity unless there’s a change in strategy that we’ve not considered at this stage of the game. We think this is a significant part in cleaning up the balance sheet from Cable Bahamas’ growth phase over the last ten years. It gives us some breathing room and helps us to plan our cash flow moving forward.”

Mr Butler said a decision on whether Cable Bahamas will retain the extra $50m raised will be taken within the next 30 days. The BISX-listed communications provider has used the $301m proceeds from the sale of its US business, Summit Broadband, to pay down both bank debt and some preference share debt, and the $169m refinancing is the latest and final element in the strategy to reshape and restructure its balance sheet.

There are now signs that the strategy is bearing fruit, with Cable Bahamas posting $1.462m in net and comprehensive income for the three months to end-March 2022 - the first quarterly profit it has generated for several years. “We’ve had our common shareholders on a long ride, and we need to focus on making sure they get a decent return,” Mr Butler told this newspaper.

“It’s always very pleasing when our shareholders support us by rolling over a significant amount of debt. It reminds me that we need to continue to execute. We’ve demonstrated partial execution. We look forward to improving our service and network to make Cable Bahamas a real best-in-class communications provider.”

Mr Butler said Cable Bahamas expected to begin testing its fibre-to-the-home network with the “first few customers” in the next 90 days as it readies for the roll-out to begin in earnest. “A lot of the equipment is here and we are finalising contracts with team members to really get that executed,” he added, suggesting that New Providence will likely take two years to complete in terms of the new network passing homes.

And the Cable Bahamas chief confirmed that the recent Budget tariff cuts and eliminations for communications equipment have “been very helpful to us” in reducing the fibre-to-the-home costs and that of further network upgrades. “To have no duty on telecommunications equipment is a significant savings for us as we invest in fibre-to-the-home and other Family Islands as well,” Mr Butler said.

“As well there are the concessions with regard to Communications Act fees, which we get to use as a capital offset, so that’s kind of important.” Cable Bahamas is currently “number crunching” to determine what the exact savings will be, and Mr Butler acknowledged that the communications equipment tariff cuts and eliminations were likely designed to incentivise Cable Bahamas and its rivals to invest in 5G (fifth generation) mobile technology and networks.

“Nobody has told me that, but I suspect that’s the Government’s thinking,” he added of 5G. “We’re waiting on the Government to address that and give us some guidance on their plans. There’s some decisions on getting the process started, so we want to see how that moves along. We’re awaiting further direction from the regulator (URCA) as to how they intend to issue spectrum etc.”

The present 45 percent duty rate on telecommunications towers has been eliminated, while the 20 percent levies on electrical cables and fibre optic cables are went to zero. Optical line terminals became free as of July 1.

Import tariffs on base stations have been slashed from 45 percent to 20 percent, while head phones, wi-fi-devices and voice handsets have dropped to zero from 45 percent (on the first product) and 10 percent on the latter two. And Communications Act fees paid by the likes of BTC and Cable Bahamas, previously set at 3 percent of turnover, will be cut by more than 50 percent in rate terms to just 1.25 percent of turnover.

Oh hang on a $50 million minute Comrade Franklyn Butler ... .As oddly as may sound a Popoulaces' at-large (PAL) gainin' of so much access to everything else like this and that cable stuff can be a physiological bad thing ― Yes?

Mr Butler this is the oper tune time for Aliv to make a huge profit with its five year operating history by allowing its bond holders to convert their series A and series B bonds to ordinary shares thus reducing its dept and increasing Cable Bahamas profitability substantially, Dividends paymens can then resume for Cable Bahamas immediately.