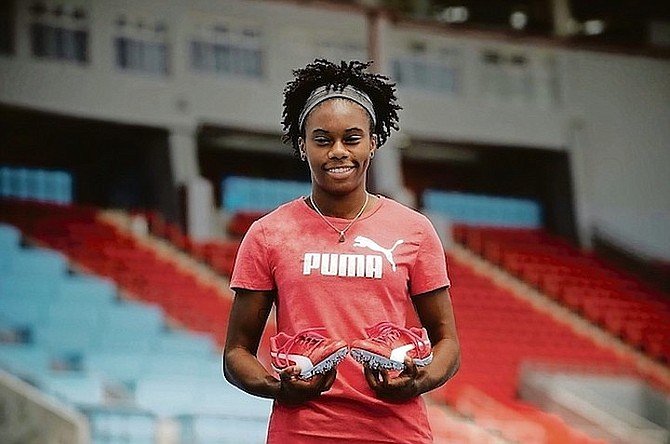 Charlton ran to a fourth place finish in the 100m hurdles in a time of 12.88 seconds at the Ostrava Golden Spikes at Metsky Stadium in Ostrava, Czech Republic.

The meet was the latest on the World Athletics Continental Tour Gold Series.

Olympic champion Jasmine Camacho-Quinn of Puerto Rico continued her dominance in the event with a first place finish in 12.56.

The world leader finished ahead of Poland’s European U23 champion Pia Skrzyszowska in 12.65 and Nia Ali of the United States was third in 12.69.

Charlton’s time of 12.88 finished just ahead of Hungary’s Luca Kozak who also finished in a season’s best time of 12.89.

On May 13, Charlton posted a wind aided (+3) time of 12.61 to finish fourth on the Diamond League Series meet in Doha, Qatar.

The 26-year-old World Indoor silver medallist and Tokyo Olympic finalist is currently ranked no.6 in the world in the 100m hurdles.

Her indoor season was highlighted by her silver medal in the 60m hurdles in the World Indoor Championships at Belgrade, Serbia.

France’s Cyréna Samba- Mayela won the gold medal with a time of 7.78 while Charlton was second in 7.81 - a new national record.

At the time of her silver medal triumph, Charlton said she hoped that her first individual success of that magnitude set the tone moving forward to an eagerly anticipated outdoor season.

The season includes the upcoming BAAA Nationals and World Athletics Championships. “I’m expecting to build on this experience.

“A lot of the improvements I made indoors can only help with my outdoor hurdles and so I think it will be that much better,” she said.