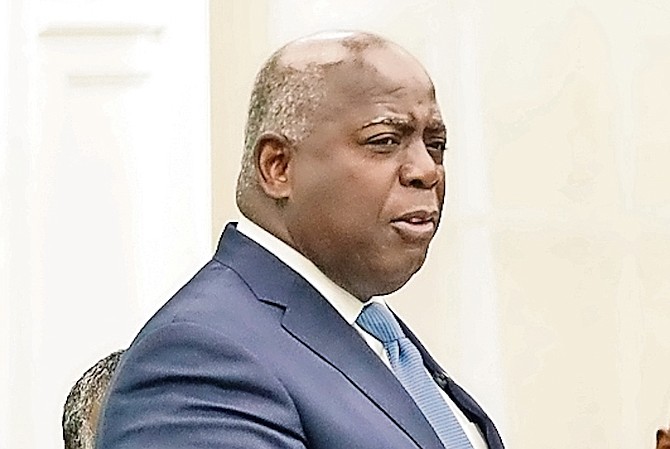 THE Bahamas has suffered more than $4.2bn in damages and losses as a result of hurricanes over the last seven years, Prime Minister Philip “Brave” Davis revealed yesterday as he called for more to be done to fight against climate change.

Recognising yesterday as the first day of the 2022 hurricane season, Mr Davis recalled the impacts of Hurricane Dorian and other storms that passed over The Bahamas in recent years.

“Today marks the official start of hurricane season, and, as always, the communities impacted by Dorian are on my mind,” he told parliamentarians during his budget communication.

“During Dorian, there were some Bahamians, far too many, who lost everything and everyone precious to them. In these cases, we feel acutely the limits of what we can do. We can move people into new homes. We cannot heal broken hearts. Hurricane Dorian caused more than $3.4 billion in damages and losses -$3.4 billion.

This, he added, is why countries like The Bahamas need support through financing to build climate resilience.

He also revealed his administration is working to strengthen the nation’s hurricane resilience by making a new building code and added that officials have agreed to renew an insurance with CCRIF (Caribbean Catastrophe Risk Insurance Facility).

“Each hurricane causes terrible destruction, and each hurricane leaves us deeper in debt. And we aren’t only paying for past hurricanes,” Mr Davis added, “when our country borrows money, and creditors look at our ability to pay it back, they price in our climate risk and our vulnerability to future hurricanes.“

“They know what the scientists know, which is the real likelihood that Dorian is no longer a once in a generation storm. Warming seas means hurricanes will be both more frequent and more intense. So, the money we borrow to recover after each storm is more expensive because of storms that haven’t even formed yet.”

Saying it’s not right when small island developing states “pays a heavy price for the carbon emissions” of the world’s largest nations, Mr Davis called for countries in the region to come together to lobby for change.

“If we come together – and only if we come together - we can begin to hold the world’s largest carbon emitters accountable for promises made, but not kept. We can work to create financing mechanisms and opportunities for recovery and resilience, and we can be at the table when climate policies are made.”

The Prime Minister has been among the leading voices with regards to climate change, often travelling to various countries to attend special conferences to speak about the issue.

“My job is to fight for all of us,” he said. “We have only been in office eight months, but our leadership on this issue is already being recognised.”

“We are stronger, Madam Speaker, when we stand together with other countries on the frontline of climate change.”

Say no to LNG, ban cruiseships, and the Bahamas needs to go solar, fairly easy solutions, Bahamas will go high end for tourism and spend less on imported fuel for power.

But, why is Davis still talking about the past??

He's stuck in the past.....an incompetent, visionless, corrupt and greedy political dinosaur who could not care less about the Bahamian people and the future of The Bahamas. Nothing but a most cruel and nasty piece of equipment to say the least.

So, why did he become PM?

Is he just there for pomp, pageantry and providing freebies to PEPs???

That is the head scratcher and danger in this.