FACE TO FACE: A couple who shared their life building a family and the nation 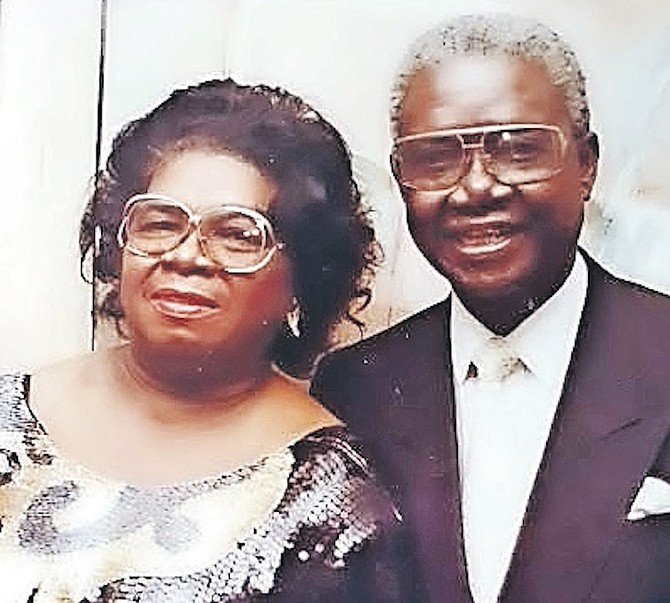 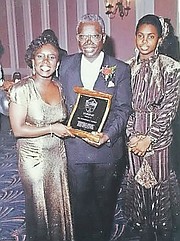 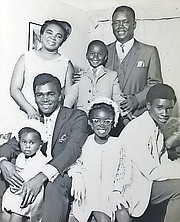 Livingstone and Marietta Coakley with their children - Douglas, Melbourne, Zenovia, Theodore and Jannifer.

IT is always extraordinary when you come across entire families that have a legacy of nation building. When matriarchs and patriarchs put service above self, they leave indelible marks - not only on their families - but on their country. In this case, I share the heritage of the Coakley family as they say goodbye to their matriarch, Marietta Margaret Coakley.

Livingstone and Marietta Coakley were the quintessential Bahamian couple during the dawn of majority rule and Independence. When the Progressive Liberal Party won the government in 1967, Livingstone was named Chairman of the Bahamas Telecommunications Corporation. He went on to serve in the Cabinet of Sir Lynden Pindling as Minister of Works, Education, Tourism, Health, Labour, and Youth, Sports and Community Affairs respectively. He served in political leadership from 1969 until his retirement from active politics in June 1987. During that time, he served as Member of Parliament for George Town and Ragged Island.

The Princess of Okra Hill meets Queen Elizabeth - the Coakleys greet the Queen with Sir Lynden Pindling looking on.

The Coakleys established a big and beautiful homestead in the Imperial Park area. There, they hosted countless parties for the movers and shakers of the day. But their home was more than that. It was the homestead for their children, who remain with precious memories of their parents. The Coakley homestead also became the abode for family members and friends in times of need. In this way, the Coakleys offered their hearts and hands in service to all who came to know them.

Both Livingstone and Marietta were educators. Livingstone, who was born in Simms, Long Island on April 3, 1925, became a student teacher in the George Town Public School in 1937. Some time later, he enrolled as a student at the Agricultural Department, Windsor Farm. During World War II, he served in the Bahamas Battalion as a Sergeant and Educational Instructor. Following the war, he served in several capacities, including: assistant teacher at the Eastern Senior School; principal of Glinton Public School; assistant manager of Centrauld Limited; assistant accountant at Sassoon Banking Company; principal of Prince William High School; assistant secretary in the Ministry of Finance. By the time he came to politics, he already had a seasoned career in national development.

After retirement, Livingstone served as The Bahamas’ non-resident High Commissioner to five Commonwealth countries in the Caribbean - Antigua and Barbuda; Barbados; Grenada; Guyana; and Trinidad and Tobago between July 1987 and August 1992.

It was in 1948 that Marietta met her first and only love, while attending the Donald Davis Institute. Principal Donald W Davis was a mentor to the young Livingstone. Mr Davis suggested Livingstone should “sit near her, maybe you would do her some . The rest is history, he did do her some good.” He adhered to the Principal’s suggestion. His intelligence, good looks and chivalrous ways didn’t hurt either – he was debonair. Needless to say, they were the twinkle in each other’s eyes. The love at first sight was mutual, and they were engaged in September of 1949. They were joined in holy matrimony at St. Matthew’s Anglican Church on April 11, 1950. It was only death that separated them, when Livingstone passed away on June 11, 2006 at the age of 81.

The Coakley home was often filled with joyous guests - from fellow citizens to international diplomats.

Prior to his death, one of Livingstone’s parliamentary colleagues, who grew up and went to school with Marry, jokingly asked him: “Hey Sir Coaks, how come you, an island boy, won the heart of the ‘Princess of Okra Hill!” Livingstone even converted from an Exuma Baptist to a Nassau Anglican for his beloved Marietta. Her exquisite fashion sense, gained from her mother, a seamstress, combined with a sweet personality gained her the nickname ‘Princess’ when her parents Edward and Estelle had a homestead in Okra Hill.

She and Livingstone spent 56 glorious years together before he departed. All those years after he passed, Marietta was still keeping the flame alive. Always poised, well dressed and elegant, she maintained a sense of grace and dignity and an attitude of national service. She exemplified what their family was all about, and she ensured that everyone under her roof did the same. 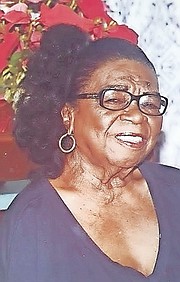 Marietta was born on January 1, 1928. She was laid to rest on Thursday, June 2, 2022 at the age of 94. Trained at Donald Davis Evening Institute, The Teachers Training College, and University of Miami, she was successful in obtaining the Cambridge Junior Certificate, the Bahamas Teaching Certificate, several music certificates and her Bachelor’s degree in Elementary Education. She became an Education Officer at the Ministry of Education as an Assistant Teacher, Teacher, Vice-Principal and Principal, educating the young people of the Bahamas for 49 years. She served at several schools, including: Sandiland’s Primary; Glinton All-Age School (Long Island); College School (Demonstration School) Oakes Field; Palmdale Primary; Thatchberry Primary, and E.P Roberts Primary School.

After she retired as a Principal, Marietta returned to the classroom as a music teacher at the then Willard Patton Primary School. There, she would record various selections on the piano, making up her own tracks on cassette tapes in preparation for her music classes.

As a mother, Marietta was dedicated to her family. Being a teacher allowed her the flexibility of having her children with her once school was dismissed, and sometimes in school when she may have been their teacher. She helped to cultivate her children’s appreciation for the arts and was the actual chauffeur for the piano, guitar, dance lessons and band practice.

Marietta enjoyed gardening, and the Coakley homestead is evidence of that.

She took great pride, even to the time of her passing, cutting the flowers and vines out of the yard and making unique floral arrangements daily.

I enjoyed visiting the Coakleys and leaving with my box filled with the sweetest fruit from their yard. By planting seeds with love, Marietta’s hand will still be feeding her descendants and their friends in time to come.

The evidence of the spirit of excellence that Livingstone and Marietta poured into their children and by extension, grandchildren and great-grandchildren is evident. Together, they were parents to five children - Douglas and Melbourne, who predeceased their mother; Zenovia; Theodore and Jannifer. Their two daughters became dear friends of mine. Jannifer, a well-known Marketing and Events Consultant, has been a mentor and through the years, has emanated the selflessness and generosity of her mother. Zenovia has served effectively in the public service and has moved from strength to strength, currently serving as Director of the Family Island Division and Disaster Management Unit of the Ministry of Social Services and Urban Development.

Theodore is the owner and manager of Daily Grind Restaurant and Bar.

Marietta’s passing reminds us that many of the powerhouses in the movement for Independence and the myriad of nation builders who paved the way are passing away.

Their history and legacy serve to teach us about our past and inspire us in our own quest to contribute positively to the development of the Commonwealth of The Bahamas.