‘No break’: Property cover to stick near all-time high 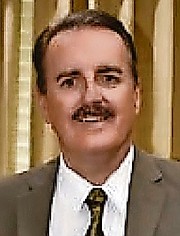 • Set to remain high for ‘some considerable time’

Tom Duff, Insurance Company of The Bahamas (ICB) general manager, told Tribune Business that Hurricane Dorian’s collective $1.89bn blow for the insurance industry, combined with forecasts that such “super storms” will become increasingly frequent and the reduction of reinsurance capacity as firms exit the market, mean that Bahamian businesses and homeowners will have to live with high premium rates “for some considerable time”.

Asserting that there was little property owners can do, he explained: “All the information we’re getting, first of all from the scientists, is indicating we can anticipate more of these super storms going forward. That’s just the reality. I don’t think there’s a debate now, and that’s something international reinsurers are monitoring and watching very closely.

“We don’t expect any easing of reinsurance terms in the short-term because they are watching the same conditions we are. There’s just no scope at this time for any consideration of rate reductions. We’re going to see these high property rates for some considerable time. That’s the reality of the situation.”

ICB, the carrier through which BISX-listed J.S. Johnson places much of its property and casualty insurance business, revealed in its just-released 2021 annual report that the Bahamian insurance industry’s share of the $1.89bn in total gross Dorian claims was just $48.5m.

The overwhelming balance of this loss was absorbed by the sector’s international reinsurers. Bahamian carriers, given their relatively thin capital bases compared to the value of the risks they insure, have no choice but to buy massive quantities of reinsurance on an annual basis to ensure these are properly underwritten in the event of natural catastrophes such as hurricanes.

This dependence on reinsurers means these entities can largely dictate the terms and premium prices for property (hurricane) insurance coverage in The Bahamas. The need for reinsurers to recoup Dorian-related losses, which have even resulted in some players existing the market, thus reducing supply, is underpinning the continued pressure on premium costs for homeowners and businesses.

“Reinsurance capacity is being squeezed, with a number of international reinsurers exiting the property and casualty market, sometimes worldwide and especially in the Caribbean,” Mr Duff confirmed to this newspaper. “That’s a fact we cannot deny and have to live with. Unfortunately, no one can expect a break on the cost of insurance. That’s just the reality customers have to accept.

“Our message to customers is that we’re entering into an era where super storms are going to be prevalent, and it’s incumbent on everyone to arrange insurance for their property.” Both businesses and residential properties upon which mortgages and other loan collateral are secured have to maintain insurance coverage as part of their borrowing terms.

As a result, there is unlikely to be a major drop-off in coverage or policy lapses despite the high premium prices. This, though, represents another extra cost for Bahamians already battered by COVID-19 and now-soaring inflation. The latter represents another headache where property insurance is concerned because rising construction material prices are pushing up sums insured under property policies due to the increased cost of post-storm rebuilding.

“We’ve not seen any fall-off at the present time,” Mr Duff told Tribune Business of property insurance coverage. “We have to be mindful of the fact The Bahamian economy is still recovering from Hurricane Dorian and from COVID, so disposable income is being squeezed, but so far we’ve not seen any significant drop-off, which is encouraging. I think the fact that Hurricane Dorian is still fresh in everybody’s mind is helping in that regard.”

He added that the Dorian-ravaged islands of Abaco and Grand Bahama would have seen the greatest hike in premium rates in 2021. “In the islands that were exposed to Dorian, they will have seen significant increases,” Mr Duff confirmed. “They will have seen double digit increases and possibly higher catastrophe deductibles.

“Everyone experienced double digit rate increases last year regardless of whether they were in New Providence or elsewhere, but those two islands would have increased by a higher double digit amount because of Hurricane Dorian. Our goal is to keep reminding our customers of the vital importance of maintaining coverage. That’s where our focus will be, working hard on that, and hoping the economy starts to recover and income filters down.”

Expanding on this theme in ICB’s annual report, Mr Duff reiterated: “Another challenge for local insurers is that windstorm reinsurance capacity has become more difficult to obtain, and more costly, following the impact of the ‘super storms’ of recent years. This has caused original property rates to rise close to the highest they have ever been, and there is little prospect of the trend reversing any time soon.

“Against this challenging backdrop, ICB and our exclusive agents, J.S. Johnson and Company, intend to work hard to re-emphasise to customers the value of having an insurance policy that can protect a home or a business against the devastating effect of loss by fire or major hurricane.”

Mr Duff was backed by ICB’s chairman, Bruce Fernie, who wrote: “Returning to Hurricane Dorian, the total market insured loss from the hurricane is estimated at around $1.89bn ($48.5m after reinsurance recoveries) according to the 2020 annual report of the Insurance Commission. In dollar terms, this makes Dorian by far the costliest hurricane event in Bahamian history.

“Property rates have increased significantly over the last 12 to 18 months in response to the record claims pay-out from Dorian as insurers and reinsurers seek to restore their profitability. With concerns over global warming and the advent of the super storm, it is hard to imagine that we will see, any time soon, a softening in the underwriting approach of international reinsurers towards the provision and pricing of catastrophe cover.

“In the short to medium-term, demand for reinsurance windstorm capacity throughout the Caribbean region is expected to outstrip supply, and the cost of reinsurance capital will likely remain high. Unfortunately, for our customers this translates to a continuation of the current high level of premium being charged for windstorm cover.”