DIANE PHILLIPS: A whole lot of hot air and for what? 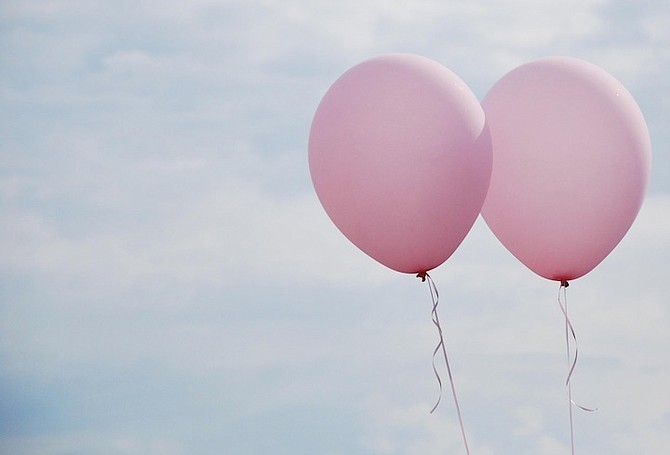 ON a bright Saturday morning, a short, paunchy man with a ruddy complexion, round face and a cherubic grin climbed the stairs and entered the front door. His personality was as sunny as his name, though I was never sure if Sonny was his real name (I always meant to ask) or if it was because of the role he played. He was one of the mischievous original Little Rascals on TV and screen and for most of his latter years, he made Nassau his home.

On this particular day, he arrived early to set up his stool, prepare his supplies and get ready for the crowd of four-year-olds to arrive. The once famous star of old was today about to be the star of a child’s birthday party where he would entertain a group of little ones by blowing up balloons and twisting them into animal shapes.

Those were the days long before bouncing castles, face painting and pony rides became the hallmark of parties and transforming a few balloons into a Chihuahua was as good as it got, even if you were too young to appreciate the history of the cheerful aging man who made the magic happen, even if you had no idea he was once the childhood star of black and white comedy dating back to the 1930s and in a series reinvented for the big screen as late as 1994. Sonny Vallee was such a hot shot in the world of nostalgia that a photo of him at the party appeared in the popular American tabloid called the National Examiner. It ran as part of one of those stories you see from time to time about whatever happened to (you fill in the blank), in this case, the quirky funny kid in Little Rascals Our Gang.

Those were also the days before we knew balloons were bad for us. Not directly bad, of course. A balloon never got up and slapped anyone on purpose though accidents have surely happened, and many a toddler learned to fear explosive noises based on an early-in-life burst balloon experience. To this day, the sound of a balloon popping startles the calmest among us, more so now than ever as we fear instant pops that could be gunfire.

Knowing the actual danger to birds and marine life makes the sound of balloons bursting in air almost irrelevant, like comparing a sprained ankle to losing a leg.

How dangerous are masses of balloons? Think of it this way. Balloons, even biodegradable ones, break up into tiny plastic parts. So when there is a large balloon release, the balloons don’t vanish. They break up and some parts or the whole or the strings attached to them gets snagged in trees or utility poles. Birds mistake the bright colours for food and ingest them. Some reports put the mortality rate as high as 50 percent for multiple ingestions which could come from a single or a few good “meals” of the plastic.

Balloons that make it to the sea are even deadlier, choking marine life or the birds that dive, believing that bright colour on top of the water or the coral reef is dinner. Sea turtles, protected in The Bahamas since 2009, are especially vulnerable. According to an article in Forbes.com, the Ocean Conservancy reported almost 300,000 balloons were found along US coastal shores in beach clean-ups between 2008 and 2016.

In 2019, legislation was proposed that would ban any and all outdoor balloon releases except for scientific research, leaving the balloon industry intact but placing the burden on the buyer of the object either to use it inside a building or to deflate it once the fun was over. That draft legislation, the Control of Plastic Pollution Bill 2019, became law the following year. Individuals who violate the law can be fined up to $2,000 for the first offence. Corporations or other entities, including their directors and managers convicted of causing the action, can be fined up to $5,000.

In case outdoor balloon release seems like a small thing to fret over, look at how seriously they’ve taken it in South Florida where the waters are just as important to their lives as they are to us. In Miami last month, two men were arrested and 10 people and companies received fines totaling more than $25,000 after they were captured on video popping balloons and tossing them into the intracoastal waterway from a yacht where they had gathered for an engagement party. The men were charged with willful disregard for the environment, a felony.

Yet elsewhere the practice goes on. We see releases at weddings, birthdays, baby gender reveal parties, memorials, ceremonies, even the start of the Indy 500, though in some cases materials have changed. With the Indy 500 in the balloon debacle spotlight, one current blog calls the race day tradition the release of “39,000 rubber latex death traps.”

In Nassau this week, a friend snapped a photo of a graduation parade. In the car were two students with the rest of the open-air vehicle completely covered in balloons about to be released into the air where they could strangle or choke a dove or gull or osprey at a higher elevation on the same route. Graduates, parents and friends are seen walking with large plastic bags filled with the once acceptable, now better understood, enemy of marine and wildlife if released into the air. We can only hope that they were headed for an auditorium.

The death, slow or immediate, of a single sea turtle or an osprey is too high a price to pay for a moment of colourful jubilation. Surely, we can find a safer way than a balloon release to celebrate when the moment calls for it.

And surely, a nation progressive enough environmentally to protect sea turtles and sharks and ban balloon releases can find a way to police the practice and make an example of those who flagrantly violate the law. One thing’s for sure. Brazen balloon releasers are pretty easy to spot. 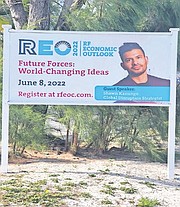 ONE sign with a permit, but from last year.

Good news is just around the corner. I can feel it in my bones. Or maybe I am just dreaming but the other day, I awoke and walked Montagu foreshore and all the illegal signs were gone.

Beaches and Parks Authority had done a wonderful job and I wrote and thanked them. No longer were the views of Montagu Bay and the boats obscured by signs advertising elder care or blinds repair.

No longer was the sight of the fish market blocked by a sign advertising a financial services event that had already passed. The view was open, clean and I was singing “I can see clearly now.”

And then I woke up.