Health insurance VAT: 'This is not about money' 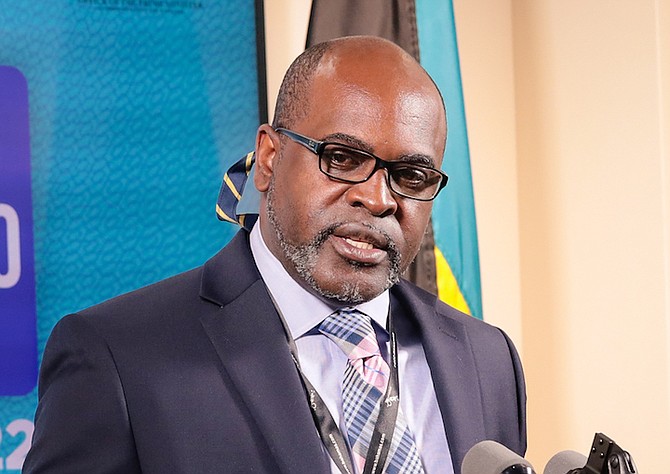 The Government has undertaken not to change the VAT treatment of private medical insurance claims until a full study is done, its top finance official asserting: "This is not about trying to get tax money."

Simon Wilson, the Ministry of Finance's financial secretary, told Tribune Business that Bahamian healthcare insurance providers had reacted prematurely to efforts to remedy a situation that was not in compliance with the VAT law.

Suggesting that the sector had over-reacted, he revealed that all sides were supposed to waiting for the outcome of a study conducted by the Insurance Commission, the industry regulator, which was to assess the financial impact of any reforms on insurers, medical providers and consumers as well as "benchmark" the VAT treatment of medical claims payouts in other countries.

Calling for a "sober discussion" on the matter once the Insurance Commission has completed its work, Mr Wilson said it was not the Government's intention to cause an increase in health insurance premiums or create undue financial hardship for health insurers and their clients.

However, he affirmed the Government's position that the 10 percent VAT levied on health insurance claims payments to medical providers is a service provided to the end-consumer, and thus treated as 'output' VAT, rather than treated as an 'input' by the insurance carriers and claimed as a deduction against their own tax payments.

"What the industry did, which is disappointing in my mind, is that they did not allow that to happen... We gave an undertaking that no action would be taken until that work is completed but it is what it is. The industry decided they did not want to wait, although this discussion had been going on for five to six months. I thought we were going to have a sober discussion about this issue."

Arguing that "the law is clear" on the VAT treatment in question, Mr Wilson added: "Nobody is trying to unnecessarily increase insurance premiums or create any undue pressure that puts health insurers at financial risk. That is clear. We said this was not to impact the industry or taxpayer much. We said let's get the regulator involved, get the study done and get their input.

"The issue, which they've [the industry] not made very clear, for insurance companies the premium is output VAT. VAT on the premium is output VAT. What insurance companies are saying is that they are treating any VAT that attaches to a claim as input VAT. We are saying to them: 'No, no, no'. The law says you can only claim input VAT if the service is to your benefit. If you are paying a claim, that service is not to your benefit; it's to the benefit of the policyholder, your customer."

Acknowledging that Bahamian health insurers have applied this VAT treatment since the tax was introduced in 2015, Mr Wilson said the Government has also promised not to make any reforms "retroactive". He added that it hoped to resolve the matter in an "amicable fashion", and said: "It's not about trying to get money. This is not us trying to put on ordinary Bahamians an additional tax.

"This is us saying: 'Guys, we're not following what the law says, and the idea is: 'Do we we need to change, do we make an adjustment?' What do we do? I just hope to have these discussions soon, and hope the regulator completes the detailed study and we can then move forward."

At present, the health insurance industry can deduct, or offset, the VAT portion of patient care bills submitted to it by doctors, hospitals and other medical facilities against what it pays to the Government from the 10 percent levy imposed on client premiums.

However, the Ministry of Finance and Department of Inland Revenue - initially with effect from July 1, 2022, although this date is unlikely to now be met - want to change this treatment such that health insurers are no longer able to deduct/offset the VAT charged on their clients’ medical bills against the taxes collected on the premium.

With the industry no longer able to treat medical bill VAT as an ‘input’ deduction, it has warned that consumers will “ultimately” pay the price through having to absorb the levy on their patient care expenses - something that will effectively increase health treatment costs by 10 percent at a time when Bahamians are grappling with soaring inflation and the continuing fall-out from the ongoing COVID-pandemic.

Given that some medical costs can be substantial, reaching into the hundreds of thousands and even millions of dollars, the potential revenue boost for the Government could well be significant. Yet, if implemented, the increased cost could be just as impactful for both individuals and employees who presently enjoy private health insurance under their company’s group policy, potentially making quality healthcare less affordable and accessible when COVID-19 remains a threat.

Should the revised VAT treatment become law, insurers would likely be forced to alter their pricing while providers of medical care would need to adjust their services. The change, if implemented, could impact over 100,000 Bahamians with private health insurance.

Hogwash, if you want to wait for the study, why didnt you leave it as is was and do your study. You charged people and now your excuse is , we will do a study first. Utter Hogwash. In the united states a tax is not levied on healthcare . Be like America.

Come on man, It's always about money!