INSIGHT: Minding my own business while the world’s a mess 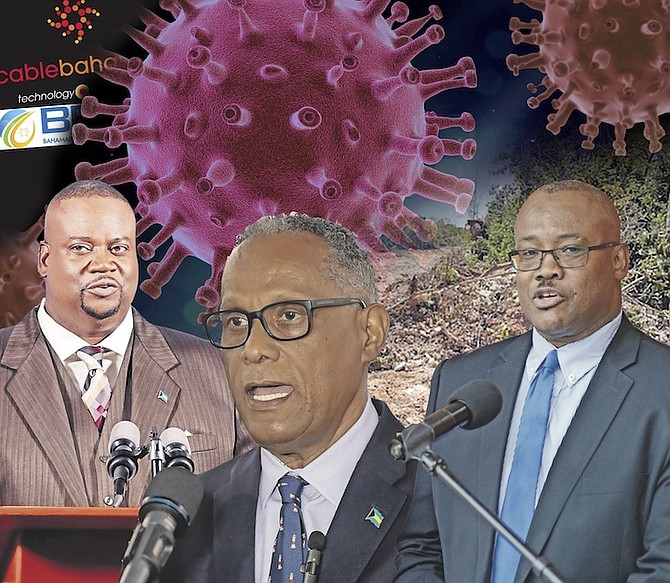 SOME days I just sit and try to mind my own business. It isn’t always easy.

I was trying to do that on Thursday night when, blink, off went the internet and the cable TV. My phone starts beeping with people on Whatsapp asking hey, is your cable off too?

A power surge, Cable Bahamas told us all the next day, and promptly gave everyone access to the full package of cable channels for the weekend as a way of saying sorry.

So I go back to sitting and trying to mind my own business.

Then Bahamas Power & Light decides to get in on the act. Blink, off goes the power on Friday. And Saturday. It seems to have become a weekly event now. I thought our power problems were supposed to be long gone by now but no, so I sit here in the dark and try to mind my own business.

Then I read about disclosures and how a bunch of first-time politicians didn’t know they had to make financial disclosures.

I wonder how that can be, since every year it’s a topic for discussion in the newspapers, on social media and across the domino table.

Anyone wanting to be in parliament would, you would think, have more than a passing interest in such things.

I hear how press secretary Clint Watson says that parliamentarians were told it was a requirement to submit their financial disclosures during parliamentary training, but I guess they must not have been paying attention that day. Perhaps it was a warm day, and their thoughts were drifting like the high school kids dreaming right now of the end of exam season and the start of summer.

Mr Watson said he suspects failing to disclose was just a “simple oversight” and I take note of that as a line to try next time the police want to know if I’m driving a car without a licence or insurance. It’s just simple oversight, officer, doesn’t really matter that I’m breaking the law, right?

A bunch of MPs have been asked if they have submitted so let’s be kind and rule out the ones that say they met the deadline – so that’s Pia Glover-Rolle, Dr Hubert Minnis, Dr Michael Darville, Glenys Hanna Martin, Leon Lundy, Wayne Munroe, John Pinder, Shanendon Cartwright, Adrian White, Clay Sweeting and Keith Bell.

That’s not many names – there are an awful lot of MPs who haven’t come forward to say they met the letter of the law. I assume they’ll be along to do so any time now, and in the meantime, I sit here and mind my own business.

Then I read about Environment Minister Vaughn Miller, who gave serious thought to breaking the law, it seems.

I would have thought a man wanting to be a political leader would have found other avenues first. Perhaps a letter to the local newspapers calling for change. Anyone seen one of those? Perhaps a campaign with other like-minded souls demanding reform – but I guess I missed that leaflet. No, rather than that, it seems he thought about moving onto Crown land without permission.

He says he decided not to, so I guess we should be thankful, and just go back to minding our own business while he minds the laws of the country.

Then comes the worrying news that senior staffers at the Office of the Prime Minister, including Mr Watson, have tested positive for COVID-19.

I think to myself how I wish them well, and I wonder where they could have caught COVID in the first place. Then as I sit here wearing my mask, I think about all the events where politicians and those around them seem to not have to wear masks whenever a photo opportunity is available, and I go back to minding my own business.

At least efforts to improve vaccination are going well, aren’t they? Oh no, I read that they are not – and incentives to encourage vaccination have barely moved the needle.

Interestingly, a number of prizes were being offered to encourage people to get their shots, but The Tribune reports that “it is unclear if anyone ever walked away with any of the prizes.”

I wonder where some of those prizes ended up, but, of course, that’s not my business as a taxpayer, is it?

Still, as I look back on the week, it seems we have infrastructure problems in both cable and electricity, we have politicians who seem to be able to choose which laws they do or do not follow, we have COVID still running loose around the country and a vaccination campaign that’s going nowhere fast. Oh, and the murders are still going on.

So if I sit here minding my own business, be aware it is because I do not trust any of those running things to be minding it for me.

I’ll close the door to keep the COVID and the door-knocking politicians out, and I’ll pray the power stays on.

By now BEC should be fixed build a new plant if necessary. Just fix it, it can not be that hard..